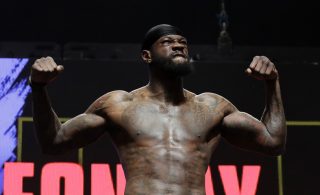 Deontay Wilder took a major loss to Tyson Fury Saturday at one of the best heavyweight bouts we’ve scene in long. In the third round Tyson ruptured Wilder’s right ear and that was pretty much a wrap.

The Wilder camp threw in the towel on the 7th. Since Saturday, the extent of Wilder’s injuries have been released. Read more here.