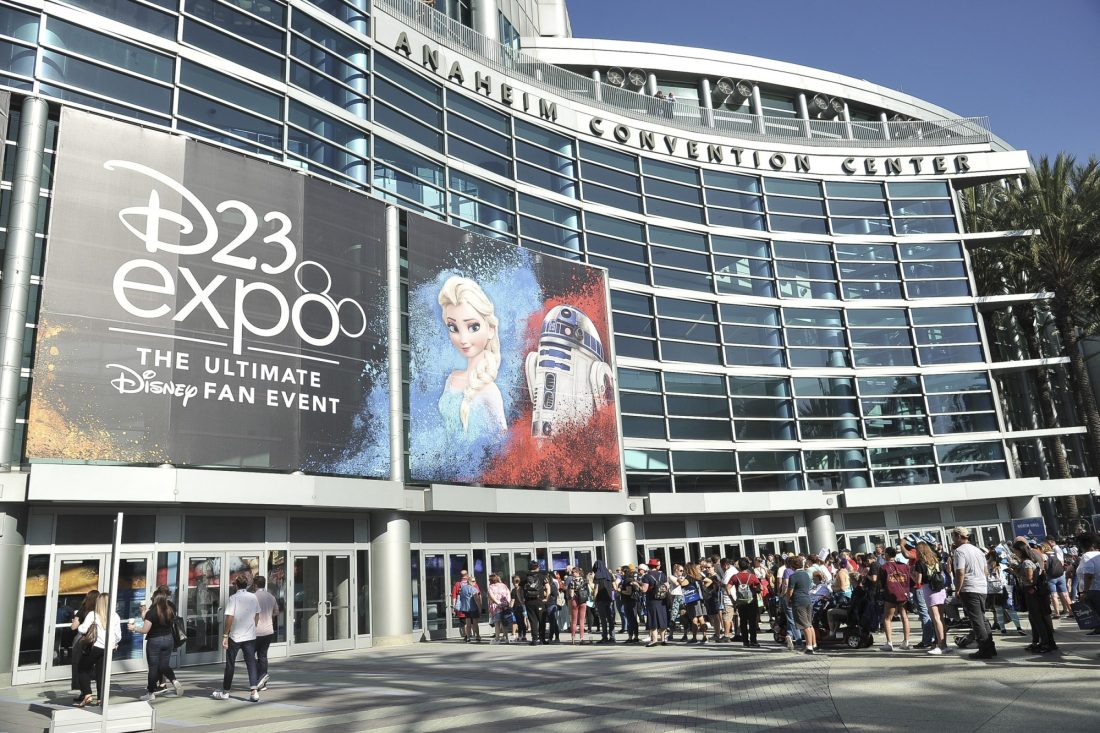 ANAHEIM, Calif. (AP) — At the Walt Disney Company’s biannual D23 convention, a faint image of the “Star Wars” character Emperor Palpatine in the background of a new poster can cause as much of a stir as actual appearances from movie stars such as Angelina Jolie and Dwayne Johnson. But that’s no surprise for the most powerful studio in the world, whose characters are stars as big, if not bigger, than the A-listers playing them — at least for the people attending the company’s fan convention. 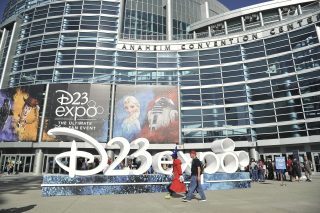 Right across the street from Disneyland, nearly 7,000 people packed a giant convention hall in Anaheim on Saturday hoping to get a look at or at least more information about Disney properties coming to theaters in the next few years, including “Star Wars: Episode IX — The Rise of Skywalker,” ″Frozen 2,” ″Black Panther 2,” ″Black Widow,” ″Cruella,” ″Soul” and more, with a parade of stars such as Jolie, Johnson, Chris Pratt, Tom Holland, Jamie Foxx, Julia Louis-Dreyfus and Daisy Ridley all gracing the stage to help drum up excitement for all that’s to come. Kristen Bell, Idina Menzel, Josh Gad and Jonathan Groff even serenaded the audience with a performance of a new song from “Frozen 2” as fake fall leaves fell down on the audience like confetti to close out the presentation.

Disney kicked things off with “Star Wars,” revealing a new poster, which every audience member got a copy of, and glimpses of some new footage from “Star Wars: Episode IX — The Rise of Skywalker.” The film, which hits theaters Dec. 20, ends the Skywalker saga that began over 40 years ago.

Anthony Daniels, who has played the droid C-3PO since the beginning seemed to get a bit choked up on stage.

“It’s kind of hard for me to understand that the story is ending, but what an ending,” Daniels said. “You’ll love it.”

He was joined on stage by fellow original trilogy veteran Billy Dee Williams, and the stars of the new trilogy — Ridley, Oscar Isaac and John Boyega — as well as writer-director J.J. Abrams.

Lucasfilm President Kathleen Kennedy promised that the film “is an incredibly good time.”

But “Star Wars” itself is hardly ending for Disney.

“With the close of this chapter, the future is wide open,” Horn said. The studio on Friday debuted a new trailer for the Disney Plus series “The Mandalorian” to great enthusiasm.

Not all reveals are created equal at D23, however. For “Black Panther 2,” writer-director Ryan Coogler was only able to disclose a release date: May 6, 2022. For “Jungle Cruise,” both Johnson and Emily Blunt bantered on stage about their theme park ride adaptation, showing a fair amount of teaser footage for the film coming to theaters next summer that they say is tonally similar to fun adventure epics such as “Indiana Jones” and “Romancing the Stone.” And Emma Stone, via video message, teased that the “101 Dalmatians” spinoff “Cruella” has a “punk rock” vibe and is set in London in the 1970s.

The audience got extended looks at the live-action “Mulan,” ″Maleficent: Mistress of Evil,” the animated films “Raya and the Last Dragon” and “Frozen 2,” which co-director Chris Buck said works together with “Frozen” to form “one complete film.”

Various casting decisions were also announced in films across the brands. Evan Rachel Wood will be voicing the mother in “Frozen 2,” and Sterling K. Brown is playing a character named Lieutenant Matthias. Kit Harington is officially on board to join the Marvel film “The Eternals,” which will reunite him with his “Game of Thrones” co-star Richard Madden, as is “Crazy Rich Asians” star Gemma Chan. And Foxx, Tina Fey, Questlove, Phylicia Rashad and Daveed Diggs are leading the voice cast for Pixar’s jazz-themed film “Soul.”

“Soul” director Pete Docter, taking the stage for the first time as Pixar’s chief creative officer, said that in his nearly 30 years at Pixar they’ve come up with some “weird ideas.”

“Rats who cook, robots who collect trash, old men who fly houses,” Docter said. “Soul” continues that tradition, he said, asking the ultimate question: “Why am I here?”

“Who would make a film about that? Metaphysics?” Docter said with a chuckle. The film imagines that all humans graduate a “you seminar” pre-birth where they get their quirks, interests and passion. But with jazz musician Joe Gardner (Foxx), “there has to have been a mistake” that he grew up to be a middle school band teacher.

Jon Batiste is contributing original songs for the film and Oscar-winners Trent Reznor and Atticus Ross are doing the score.

Expected in theaters in June 2020, “Soul” is one of two original Pixar films coming next year. The other is “Onward” about elf brothers voiced by Pratt and Holland. The audience screamed wildly for Holland when he took the stage. The cheers and shouts were not for his “Onward” role, but for another character whose Disney association is in jeopardy: Spider-Man.

Earlier this week, it was reported that the cross-studio partnership between Disney and Sony, which allowed Holland’s Spider-Man to appear in Marvel films such as “Avengers: Endgame” and Marvel Studios to have a hand in producing stand-alone Spider-Man films like this summer’s “Far From Home,” was ending.

The timing of the Spider-Man turmoil was not lost on Holland, who went straight for the fans with a closing message from the stage quoting a line that Tony Stark says in “Endgame.”

“Listen, it’s been a crazy week but I want you to know, I am grateful from the bottom of my heart and I love you 3000,” Holland said.