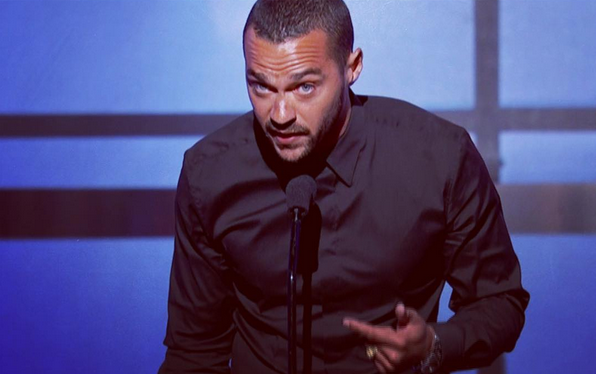 Monday, Jesse Williams‘ nude scene from his Broadway play went viral and now the actor is sharing his thoughts on his new found fame.  Williams plays a gay Black man on a pro baseball team in the play and has a scene where he has a full frontal nude scene.  Well, a guest snuck a phone into the play and snagged a picture that had the internet going nuts over Jesse’s “acting chops.”  During an appearance on Watch What Happens Live, the Tony Award nominated actor commented on the attention by saying, “once you see it, you realize, whatever. It’s just a body. I just have to not make it that big of a deal.”  What are your thoughts on Jesse’s viral moment? What’s the craziest thing you’ve ever snuck into an event?