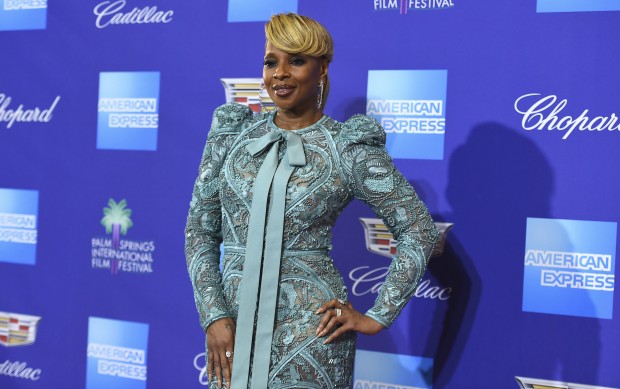 Contributed By Scott Lipscomb
Mary J Blige’s biopic titled “My Life” is set to premiere on Amazon Prime June 25th. The two minute trailer released on the first of the month to give fans a look.

In the trailer Blige reveals that she contemplated life while recording “My Life.”

Page Six reported, “‘My Life’ is probably my darkest album at one of the darkest times I’ve had.” She adds, “Most of the time I was just depressed and didn’t want to live. I had it all inside and I was able to sing it and write it, and I didn’t know that so many people felt the same way.”

Growing up in the Bronx, Blige used music to stay positive and make it out.
“The only thing, I think, that kept us guided was the music. It just saved you. In the neighborhood we lived in, it’s like a prison. There was a lot wrong, and it was a lot. I needed to get out. That’s why I had that pen.”

While best known for her music, Blige is also a successful actress. Earning two Oscar nominations for her role in “Mudbound.”

A 9 time Grammy Award winner, Blige’s rise to fame has been nothing short of legendary.