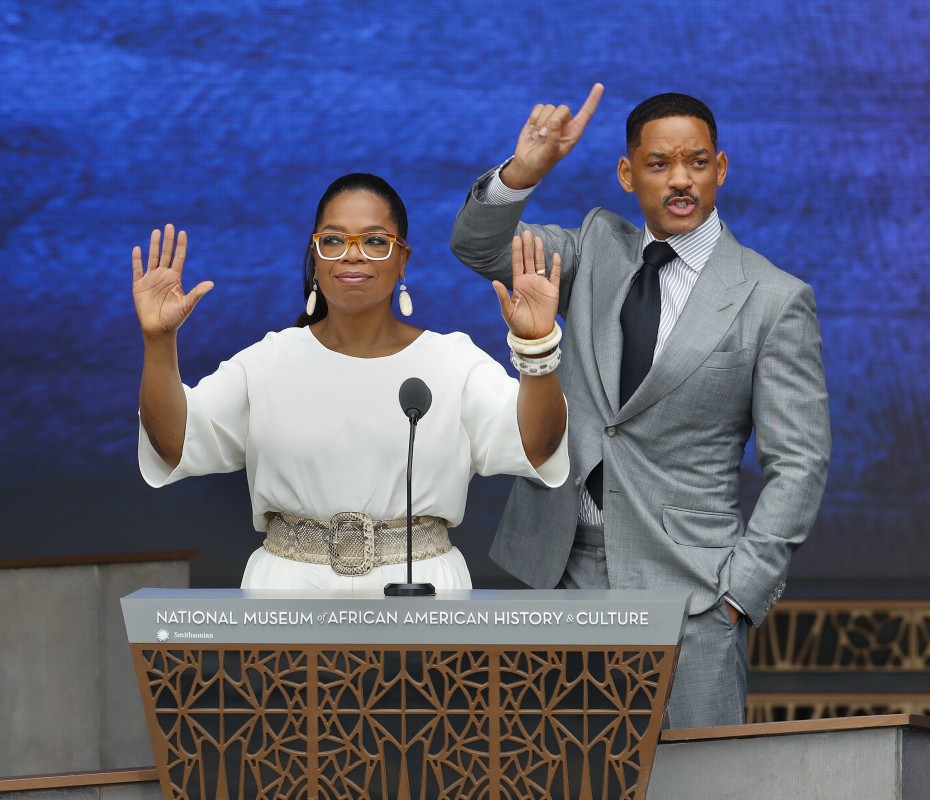 During a recent interview for the latest episode of The Oprah Conversation, an AppleTV+ series, Oprah Winfrey discusses the details of Will Smith‘s new memoir, Will. We all know the media mogul that is Oprah Winfrey knows how to get to the nitty-gritty.

Smith describes in this new book that he nearly lost everything prior to his Fresh Prince of Bel-Air fame. This clip of the show is exclusive of Entertainment Tonight, in which Oprah opens up the conversation starting with this, “So right before Fresh Prince of Bel-Air, I think people would be surprised to know, this is the first time, I realized you basically lost everything.”

Oprah lists that he went to jail, the government seized his cars, they took his home. He  described in his memoir that he hit “rock bottom.”

She continues, “What was at the root of that downfall, Will? And the life lesson you took from it?” Smith replies, “When it rains, it pours. So getting into the fight at the radio station, Charlie punching the dude that landed me in jail, so the money is gone the care is gone.”

“I am laying on the floor in a jail cell and I am like, ‘You’ve got to be kidding me!’ I won a Grammy eight months ago. Like what is happening? And it’s just the spiral when it starts going the other way. It’s like, sometimes you just have to get out the way and wait till the downward spiral stops.”

The two also delve into the paragraph in which Smith addressed the separation between him and Jada Pinkett-Smith whom he married in 1997. In which Smith revealed that the two never really “officially” split, there was an argument that caused their relationship to go downhill during Jada’s 40th birthday.

He said that the two felt as though they were trying to fulfill the happiness of one another and it just couldn’t be done. Smith said, “We just decided, ‘You have to figure out how to be happy. Go figure out if you can be happy and prove to me it’s even possible. I’m gonna do me and you do you.”

Many whispers of the Smith’s marriage circle about daily and they heavily increased once Jada confirmed her entanglement with August Alsina. Although many thought Jada was the only one, Smith disclosed that he also engaged in extramarital affairs, he said Jada wasn’t the “the only one engaging in other sexual relationships,” in a recent GQ interview.

According to Complex, Winfrey was interested in a specific part of his memoir which referenced “loving in freedom,” she questioned what exactly that meant in his relationship. Smith defined it as, “You love in freedom with everybody except your partner,” which is the case where you have to give more and are more restricted in romantic relationships rather than in friendships. “It’s friendship versus marital prison… So we talk about everything. I think the difficulty that people have and difficulty in discussing it is people only think in terms of sex.”

As reported previously, Smith never deemed his and Jada’s relationship to be that of the traditional sense.

You can catch The Oprah Conversation on AppleTV+ and the memoir Will, November 9th.

Tags: Oprah And Will Smith Talk All About How He Almost Lost It All, Oprah Winfrey, The Oprah Conversation, Will, Will Smith, Will Smith's New Memoir