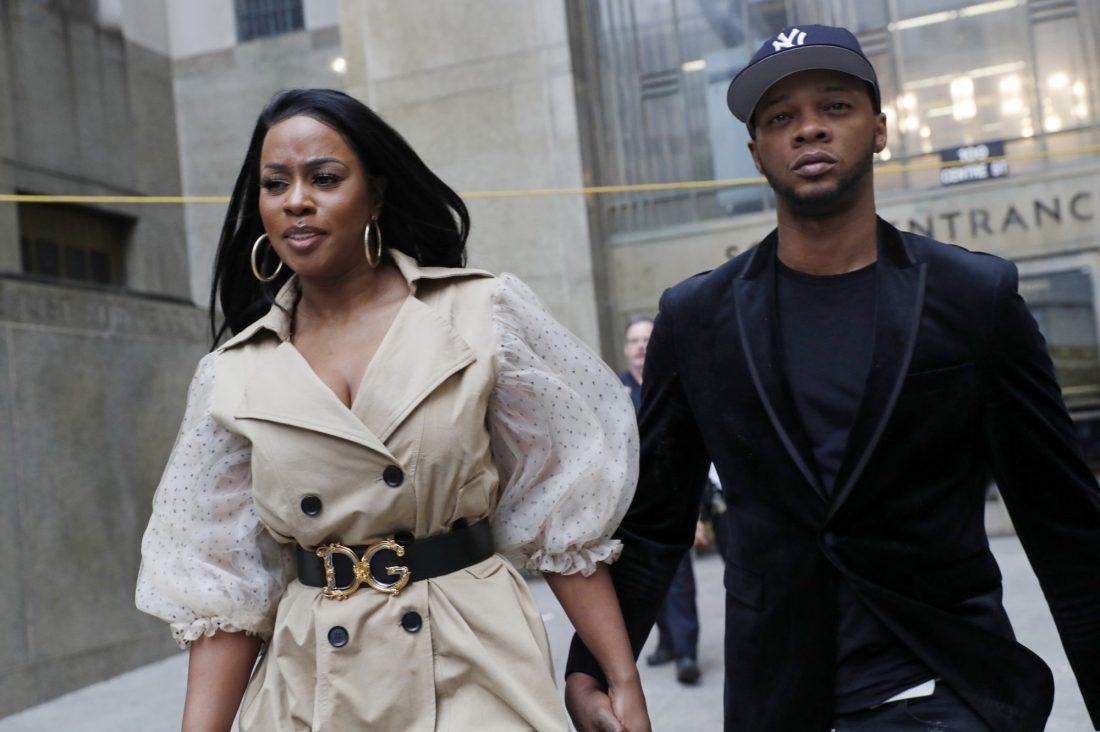 NEW YORK (AP) — Grammy-nominated rapper Remy Ma was arrested Wednesday on charges of attacking a reality show cast mate at a New York concert venue, a new round of legal trouble for a rapper still on parole from a 2007 shooting.

Her lawyer, Dawn Florio, called the new allegations false, saying the rapper was at home nursing her 4-month-old daughter at the time of the alleged attack.

“She’s going to fight this to the end,” Florio said.

The rapper herself declined to comment on the case after she was arraigned on misdemeanor assault and harassment charges and freed on $1,500 bail.

She left court hand-in-hand with her husband, the rapper Papoose. Friend and fellow hip hop artist Fat Joe also came to court to support her. 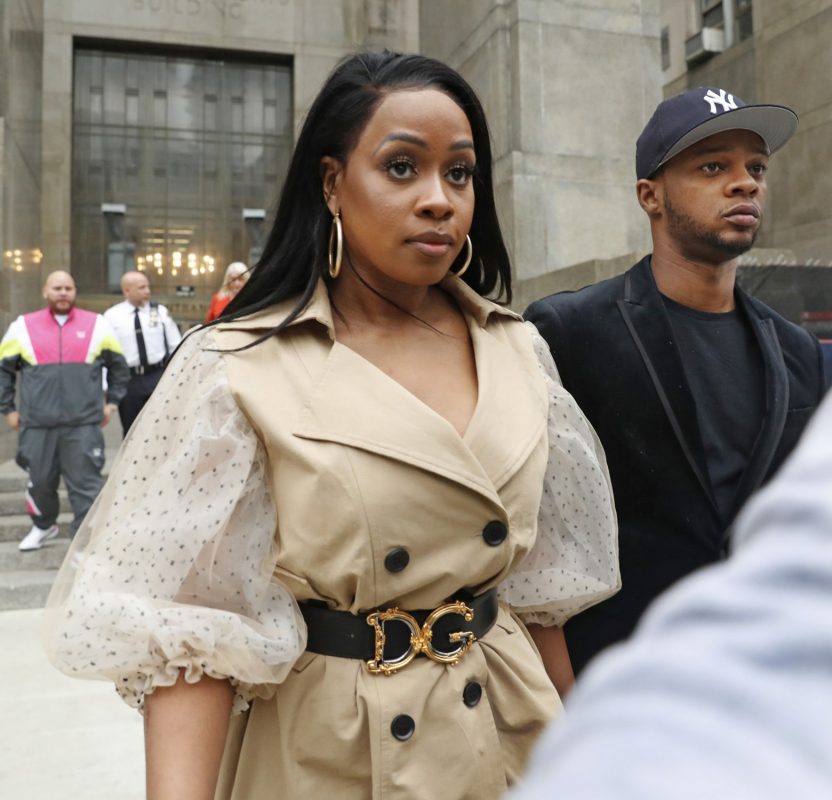 The 38-year-old rapper — known to the court as Remy Smith — turned herself in Wednesday to face accusations of punching “Love & Hip Hop New York” cast member Brittney Taylor in the face on April 16 at Irving Plaza, a downtown Manhattan music hall where Ma was performing for a benefit concert.

Taylor, who reported the incident the next day, suffered bruising to her right eye, authorities said.

“This arrest demonstrates how serious this matter is — it is real life and not reality TV entertainment,” Taylor’s lawyer, Sanford Rubenstein, said in a statement. He added that Taylor “has confidence in our system of justice and will continue to fully cooperate with the authorities.”

Florio said that while Ma was at Irving Plaza that night, she was home at 9:30 p.m., when a criminal complaint says the attack allegedly happened. Many witnesses who were at the venue will vouch that Ma “had absolutely nothing to do with this incident,” Florio said.

Taylor “is a liar, and my client did not touch her,” Florio said.

Ma, whose Grammy nod came as part of the Terror Squad’s 2004 hit “Lean Back,” served six years in prison after being convicted of shooting an acquaintance outside a Manhattan nightclub in 2007. They were celebrating a birthday with friends in Manhattan’s trendy meatpacking district when Ma accused the other woman of stealing money from her pocketbook.

Ma’s defense said the gun went off accidentally during a struggle.

Released in 2014, she has three months left on parole, state records show. The new allegations spurred parole officers to tighten her parole conditions, including by requiring her to wear an ankle monitor and setting her curfew earlier, Florio said.

Ma is due back in court May 24. In the meantime, Manhattan Criminal Court Judge Josh Hanshaft ordered her to stay away from Taylor.

Manhattan Assistant District Attorney Juan Maldonado said the two know each other from the show, but “they’re not friends.”