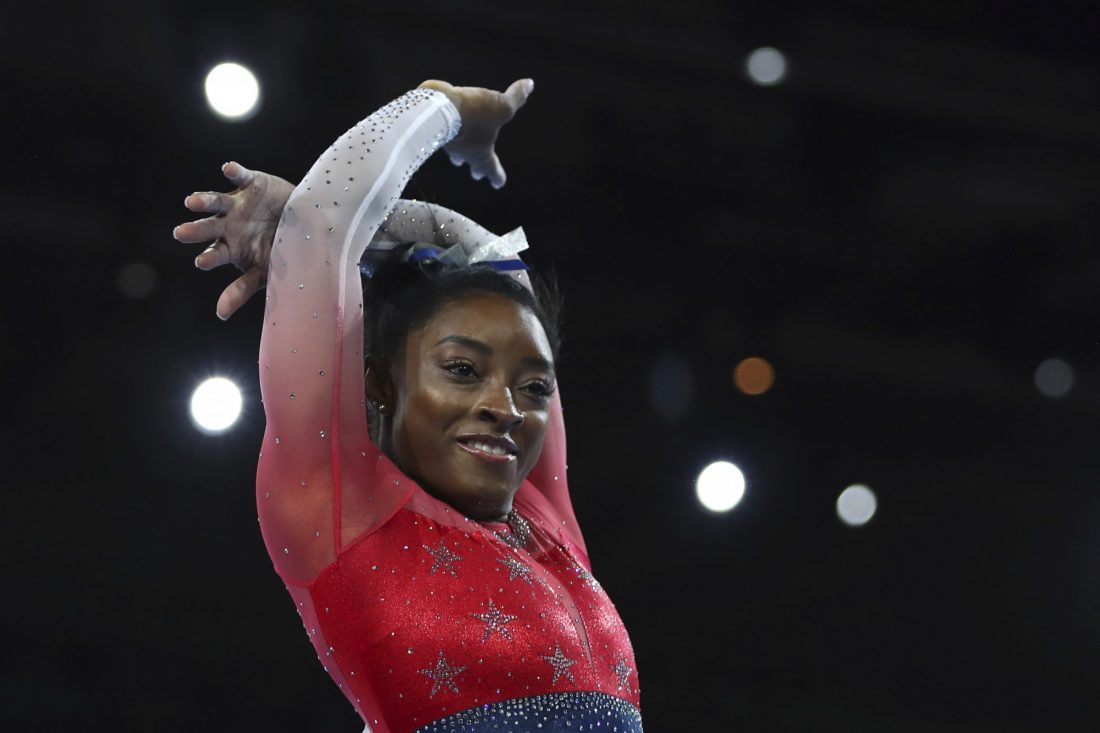 Contributed By Scott Lipscomb
“Black Girl Magic” is one of the many phrases used to describe Simone Biles. The gymnast just won a record setting 7th national title.

The 4 time Olympic gold medalist made it look easy at the U.S. Gymnastics Championships this past weekend. Biles had a score of 119.650 which was almost 5 points higher than runner-up Sunisa Lee. At 24 years old it is almost surreal to see how fast Biles is smashing records.

“I feel like I did try to enjoy it because it could be one of my last championships that I’ll attend,” Biles said after her latest brush with history. “But it’s also the road to Tokyo, and after this we have trials, so we just have to really embrace the moment.” reported the Root.

“It’s never been done before. And it’s called, ‘The Biles.’” pic.twitter.com/5uoyYQPzWB

Wearing a goat emblem on her leotard that is for the acronym “Greatest of All Time”, Biles hasn’t lost an all around competition since 2013. She is one of if not the most dominant gymnast ever.

So Dominant that she even has created her own tricks and conquered existing “impossible” moves.

This competition was just another pit stoop for her as she prepares for the Olympics later this summer.

“I feel like every single championship stands out for a different reason, but this one stands out specifically because it’s the road to Tokyo,” Biles said. “We came out here, and we did what we were supposed to.”