(Tuesday, May 24, 2022) – The death toll has risen to 18 children killed in the latest mass shooting to rock America.  It happened in a small area just outside of San Antonio, Texas as an 18-year-old gunman walked into Robb Elementary School in Uvalde, Texas and opened fire. 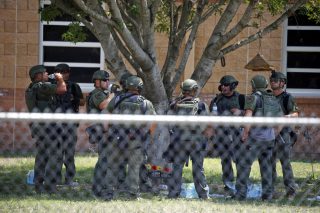 Federal law enforcement officials say three adults were also among the dead.  It is not clear if that includes the gunman.  Governor Greg Abbott said the gunman has been identified as Salvador Ramos who was from the area. 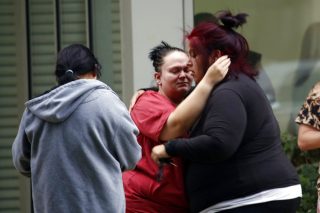 Authorities say Ramos apparently killed his grandmother prior to coming to the school where he opened fire on several classrooms.  The children killed are in grades 2nd through 4th.

Officials did not immediately reveal a motive.  But Governor Abbott said the shooter was likely killed by police officers and that he acted alone.

President Biden is set to address the nation later tonight to discuss today’s tragedy.  In the meantime, flags at the White House and at federal buildings are flying at half-staff in honor of the victims.