Introducing Jackson at the White House, Biden declared, “I believe it’s time that we have a court that reflects the full talents and greatness of our nation.” 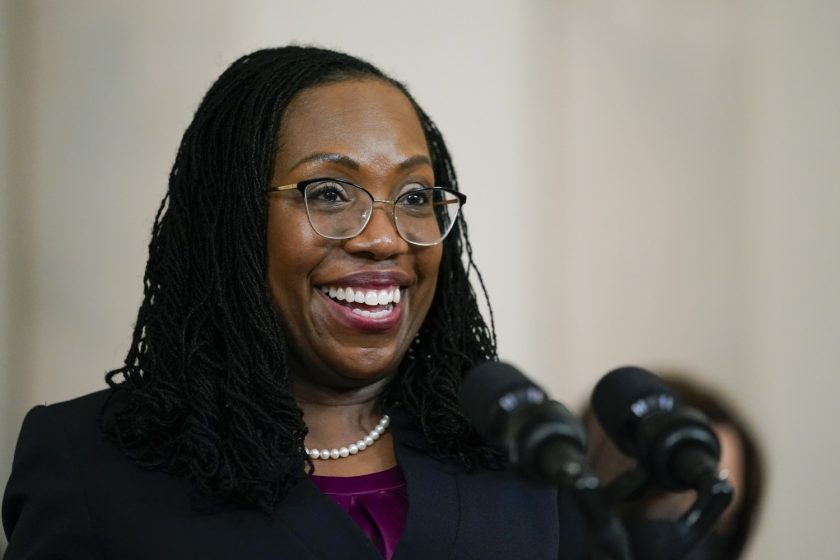 Judge Ketanji Brown Jackson speaks after President Joe Biden announced Jackson as his nominee to the Supreme Court in the Cross Hall of the White House, Friday, Feb. 25, 2022, in Washington. (AP Photo/Carolyn Kaster)

With his nominee standing alongside, the president praised her as having “a pragmatic understanding that the law must work for the American people.” He said, “She strives to be fair, to get it right, to do justice.”

In Jackson, Biden delivered on a campaign promise to make the historic appointment and further diversify a court that was made up entirely of white men for almost two centuries.  to Supreme Court

He also chose an attorney who would be the high court’s first former public defender, though she possesses the elite legal background of other justices as well.

Jackson would be the current court’s second Black member — Clarence Thomas, a conservative, is the other — and just the third in history. She would replace liberal Justice Stephen Breyer, 83, who is retiring at the end of the term this summer, so she won’t change the court’s 6-3 conservative majority.

Jackson would join the court as it weighs cutbacks to abortion rights and will be considering ending affirmative action in college admissions and restricting voting rights efforts to increase minority representation.

She would be only the sixth woman to serve on the court, but she would join three others already there, including the first Latina, Justice Sonia Sotomayor.

In brief remarks, Jackson thanked Biden, saying she was “humbled by the extraordinary honor of this nomination.” She highlighted her family’s first-hand experience with the entirety of the legal system, as judges and lawyers, an uncle who was Miami’s police chief and another who was imprisoned on drug charges.

She also spoke of the historic nature of her nomination, noting she shared a birthday with Constance Baker Motley, the first Black woman to be confirmed to the federal bench.

“If I’m fortunate enough to be confirmed as the next associate justice of the Supreme Court United States, I can only hope that my life and career, my love of this country and the Constitution, and my commitment to upholding the rule of law and the sacred principles upon which this great nation was founded, will inspire future generations of Americans,” she said.

Jackson, 51, once worked as one of Breyer’s law clerks early in her legal career. She attended Harvard as an undergraduate and for law school, and served on the U.S. Sentencing Commission, the agency that develops federal sentencing policy, before becoming a federal judge in 2013.

Her nomination is subject to confirmation by the Senate, where Democrats hold the majority by a razor-thin 50-50 margin with Vice President Kamala Harris as the tie-breaker. Party leaders have promised swift but deliberate consideration.

Friday’s ceremony was attended only by White House staff, Jackson’s family and news media, in part because the Senate is out of session this week.

Everyone wore masks because of the pandemic, Biden and Jackson removing theirs to speak. He bent to pull out a lectern step for her to stand on as she made her remarks.

Her introduction came two years to the day after Biden, then struggling to capture the Democratic presidential nomination, pledged in a South Carolina debate to nominate a Black woman if presented with a vacancy.

Senate Judiciary Committee Chairman Dick Durbin said in a statement that the panel will “begin immediately” to move forward on consideration of an “extraordinary nominee.” Senators have set a tentative goal of confirmation by April 8, when they leave for a two-week spring recess. Hearings could start as soon as mid-March.