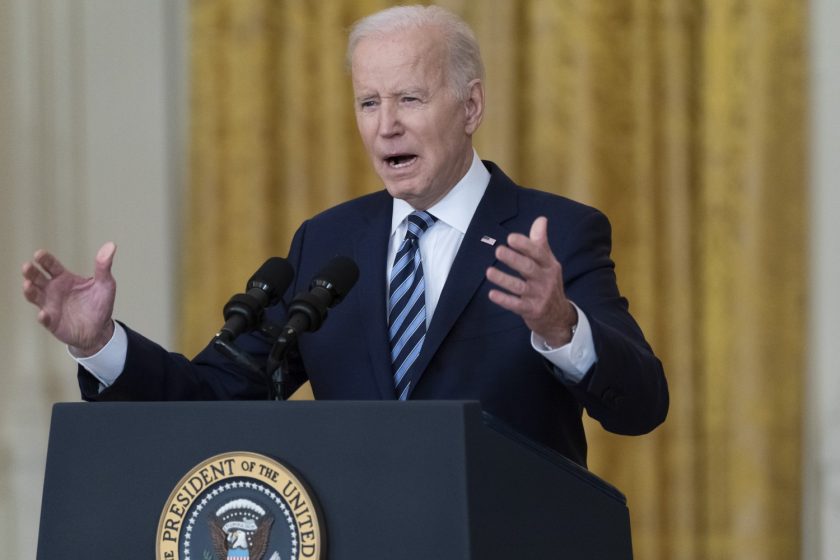 President Joe Biden speaks about the Russian invasion of Ukraine in the East Room of the White House, Thursday, Feb. 24, 2022, in Washington. (AP Photo/Alex Brandon)

Biden also said the U.S. will be deploying additional forces to Germany to bolster NATO after the invasion of Ukraine, which is not a member of the defense organization. Approximately 7,000 additional U.S. troops will be sent.

The penalties fall in line with the White House’s insistence that it would hit Russia’s financial system and Putin’s inner circle, while also imposing export controls that would aim to starve Russia’s industries and military of U.S. semiconductors and other high-tech products.