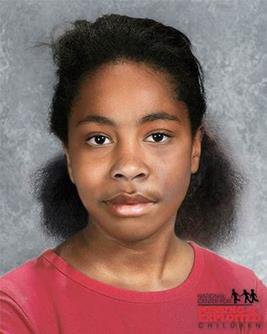 Relisha Rudd was 8-years-old when she went missing in February but she was last seen on March 1, 2014, with a janitor from DC General Homeless Shelter. She was living there with her mother and brother. That shelter that had a number of issues has since been closed by DC Mayor Muriel Bowser.

Today from 2 to 5 p.m. DC police will be at the 7’11 at Minnesota Avenue and Good Hope Road today handing out flyers. Rudd would be 13 years old and they have aged enhanced pictures of how she would look today. Kids under the age of 13 will be given free Slurpees.