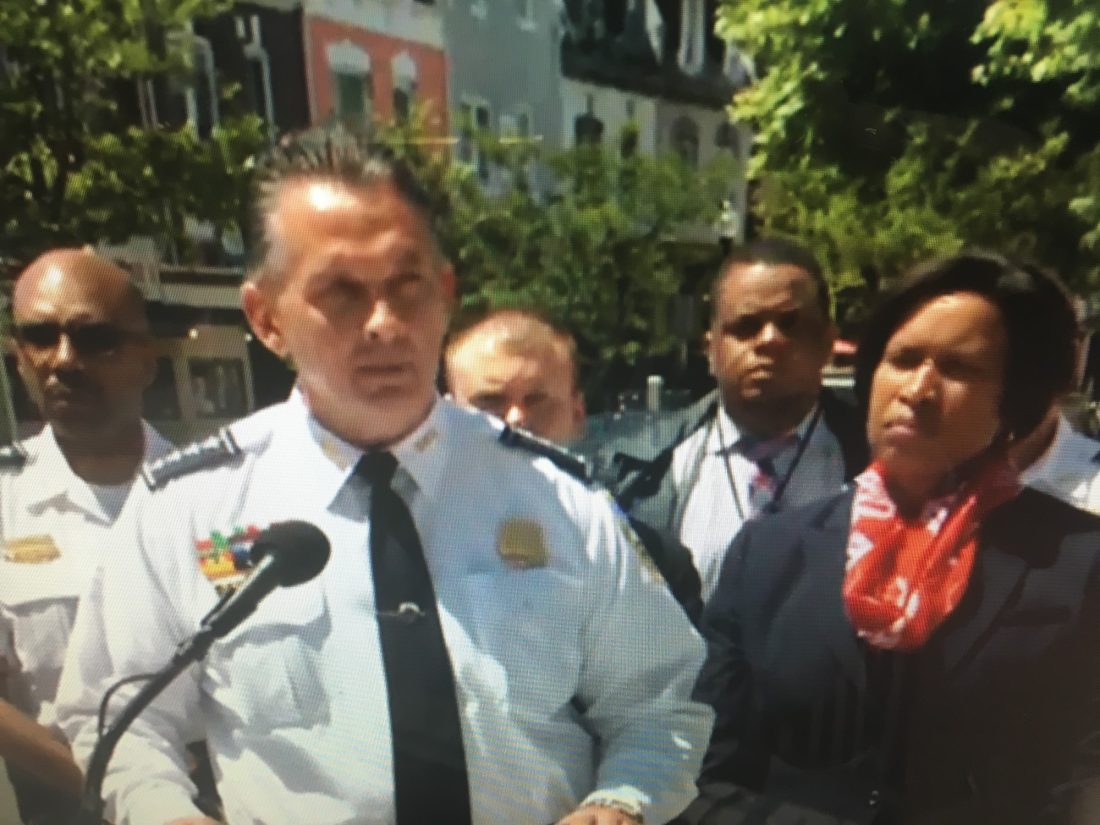 Washington, D.C. (Tuesday, June 4, 2019) – Joined by D.C. Mayor Muriel Bowser, Police Chief Peter Newsham today announced an arrest in what he called a series of brazen home invasions and sexual assaults. The suspect is 58-year-old Lester Wilkerson who was taken into custody yesterday shortly after allegedly breaking into a home in the 16-hundred block of Irving Street, NW.  Police said Wilkerson has a lengthy criminal record and was just released from prison in April for similar crimes in the same neighborhood.  He has been charged with three counts of burglary, two counts of first-degree sexual abuse and one count of assault with a dangerous weapon. 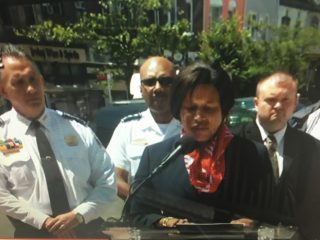 According to police, Wilkerson broke into a home around 2:30 p.m. Monday and confronted two women,  demanding money from the victims.   The women ran from the home and screamed for help, according to officials. Police said a neighbor heard the screams and ran to help.  Police said the neighbor confronted the suspect in a back alley as he was attempting to flee the scene and began to follow him.  Wilkerson told the neighbor he had a gun.  But Chief Newsham said the neighbor continued to follow Wilkerson at a safe distance as he attempted to alert police.  While following the suspect, Wilkerson allegedly threw a brick at the neighbor but missed him.   The neighbor was eventually able to flag down nearby officers who chased Wilkerson and took him into custody.

Newsham said Wilkerson has targeted the Irvinig Street neighborhood fefot.  Last month, police said Wilkerson broke into a home in the 16-hundred block of Irving Steet, NW about 1 a.m. and confronted a woman in her bedroom.   Authorities said Wilkerson demanded money from the woman, forced her to undress and sexually assaulted her.

Just days later on May 23rd, police said Wilkerson was back on the same block and confronted a woman in her bedroom and also demanded money and sexually assaulted her before fleeing the home.

While police believe Wilkerson is the suspect in all three cases, they say they will continue to beef-up patrols in that area.  Authorities are also checking to see if Wilkerson could possibly be connected to any other cases in the area.