INDIANAPOLIS (AP) — Police are working to identify a gunman and determine his motive for opening fire at a FedEx facility near the Indianapolis airport. The attack left eight people dead and was the latest in a spate of mass shootings to rock the U.S. The gun killed himself. Deputy Chief Craig McCartt of the Indianapolis police said the gunman started randomly shooting at people in the parking lot late Thursday night and then went into the building. McCartt said four people were killed outside the building and another four were killed inside. Several people were also wounded, including five taken to the hospital. 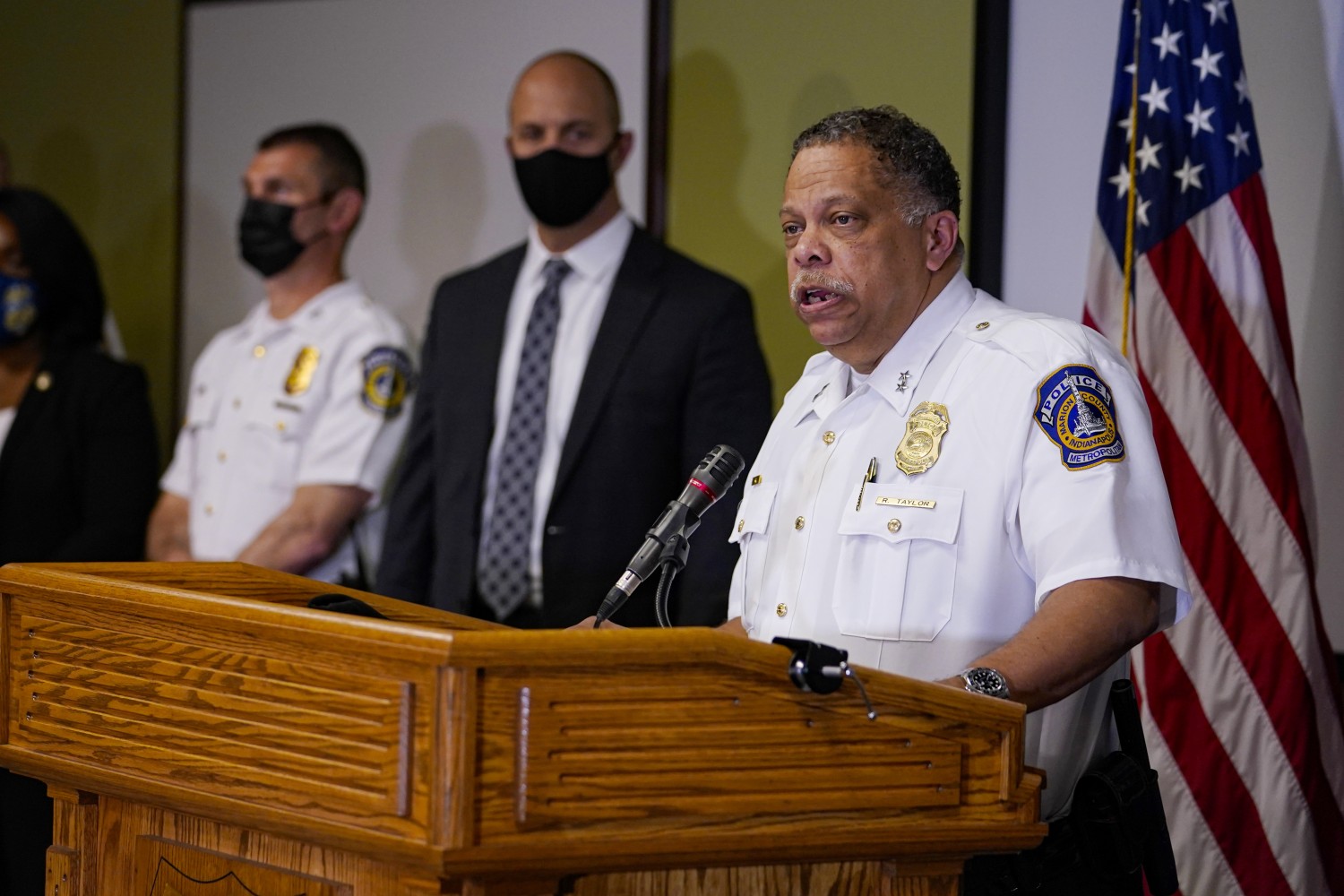