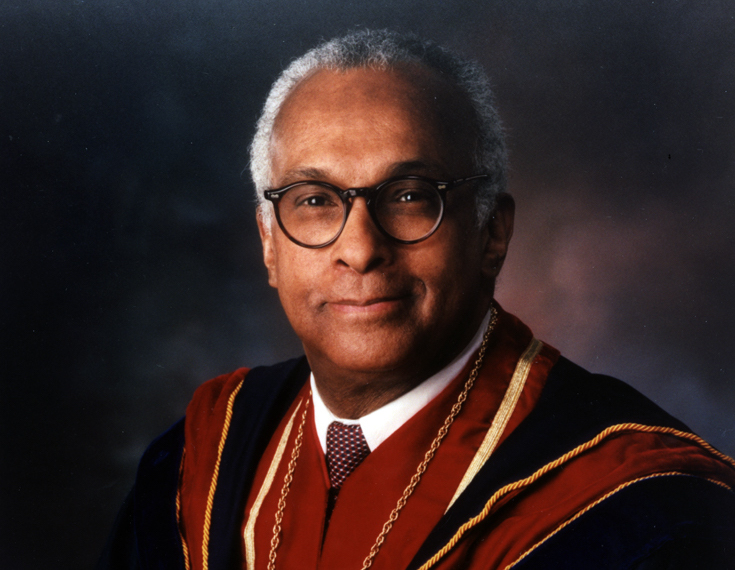 Washington, D.C.  (Tuesday, June 25, 2019) – Hundreds of mourners packed Washington National Cathedral this morning to say a final farewell to Dr. LaSalle D. Leffall, Jr.  The beloved Charles R. Drew Professor of Surgery in the Howard University College of Medicine died May 25th at the age of 89.

Born May 22nd 1930 in Tallahassee, Florida, Dr. Leffall attended its public schools.  After his graduation summa cum la ude in 1948 from Florida A&M College, he received an M.D. degree in 1952 from Howard University College of Medicine ranking first in his class. Completing his surgical training at Freedmen’s Hospital (now Howard University Hospital) in 1957.Leffall (M.D., F.A.C.S) had a distinguished career, joining Howard’s faculty as an assistant professor and later becoming Chairman of the Department of Surgery in 1970.  That’s a position he held for 25 years.  Dr. Leffall was a Visiting Professor and guest lecturer at more than 200 medical institutions in the United States and abroad.

Dr. Leffall was remembered today for his kindness, knowledge, and ability to touch the lives of many around the world. Howard University President Dr. Wayne Frederick was one of many who spoke fondly of their beloved teacher, mentor, and trailblazer.

Author or co-author of three books and more than 150 articles and book chapters, he taught approximately 6,000 medical students, and helped train 300 surgery residents.  Dr. Leffall championed many firsts. He was the first African American President of the following organizations: American College of Surgeons, American Cancer Society, Society of Surgical Chairmen, Society of Surgical Oncology, and Washington Academy of Surgery. From 2002 to 2011 he served as Chairman of the President’s Cancer Panel (initially appointed by President George W. Bush, and reappointed by President Barack Obama).

His professional life has been devoted to the study of cancer, especially among African Americans. As President of the American Cancer Society, he launched a program on the challenge of cancer among Black Americans with special attention to the disproportionately increasing incidence and mortality of cancer in this population group, and with attention also to its implications for similar studies in other racial and ethnic minorities. It was the first program of this type in the nation addressing the problems of cancer health disparities; and today nearly all oncology groups have the disparities issue as one of their major priorities.

Dr. Leffall is survived by his wife Ruth, his son LaSalle D. Leffall III, and his sister Dolores.