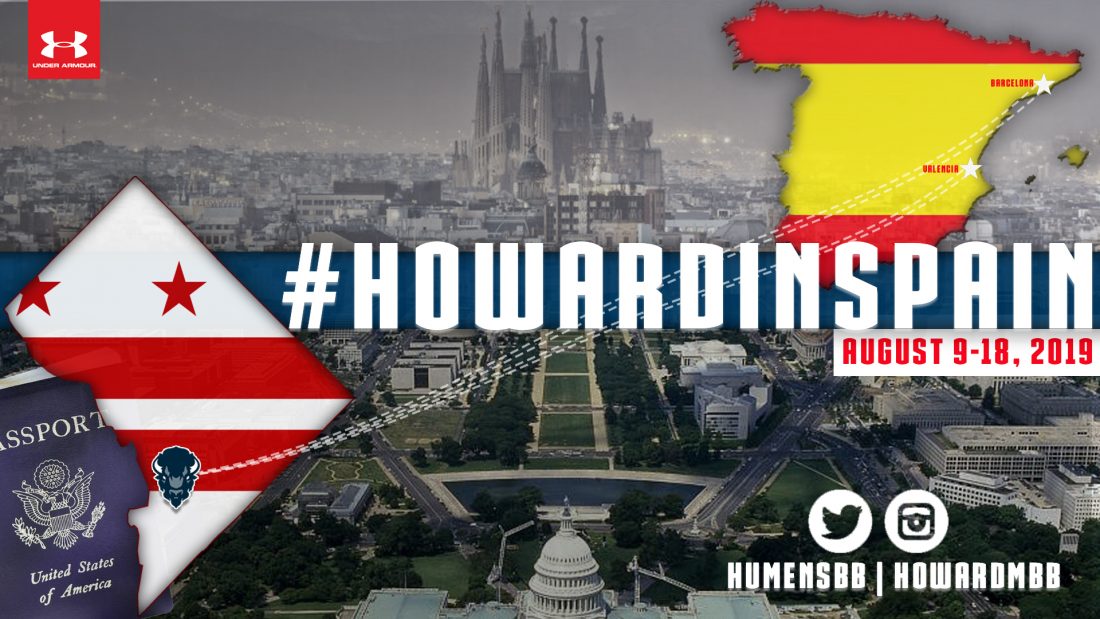 Washington, D.C. (Wednesday, June 27, 2019) – Howard University’s Men’s Basketball team is gearing up for a summer that goes well beyond the courts.  Under new head coach Kenneth Blakeney, the team is headed to Spain in a few weeks (August 9th – 18th)  for a chance to represent Howard University on a global stage.

The tour begins in Barcelona where players  will take a tour of the famous Camp Nou Stadium, home of FC Barcelona, followed by a bike tour through the city and cruise on the Mediterranean Sea. Howard wraps up its stay with a pair of games and a tour of the Temple Expiatori de la Sagrada Família, a large unfinished Roman Catholic church in Barcelona, built in 1882. “This trip will be a great educational, cultural, team and basketball experience that our guys will remember for the rest of their lives,” said Blakeney.

Midway through the tour, Coach Blakeney’s squad journeys to Valencia where the city is known for its arts and sciences, with futuristic structures including a planetarium, an oceanarium and an interactive museum.   In Valencia, the Bison will play its final contest while building chemistry through activities like a team scavenger hunt.

“This trip will give us an opportunity to bond [as a team],” Blakeney continued. “We’ll also get to see how we compete before we start practice in the fall.   It’s such a unique experience that will provide great momentum towards the improvement of our program.  No matter how much you train or practice, you really don’t know about a team until you see it in game competition, added Blakeney.”

Through the NCAA Bylaws, Howard may begin training for Spain as early as Tuesday, July 30.