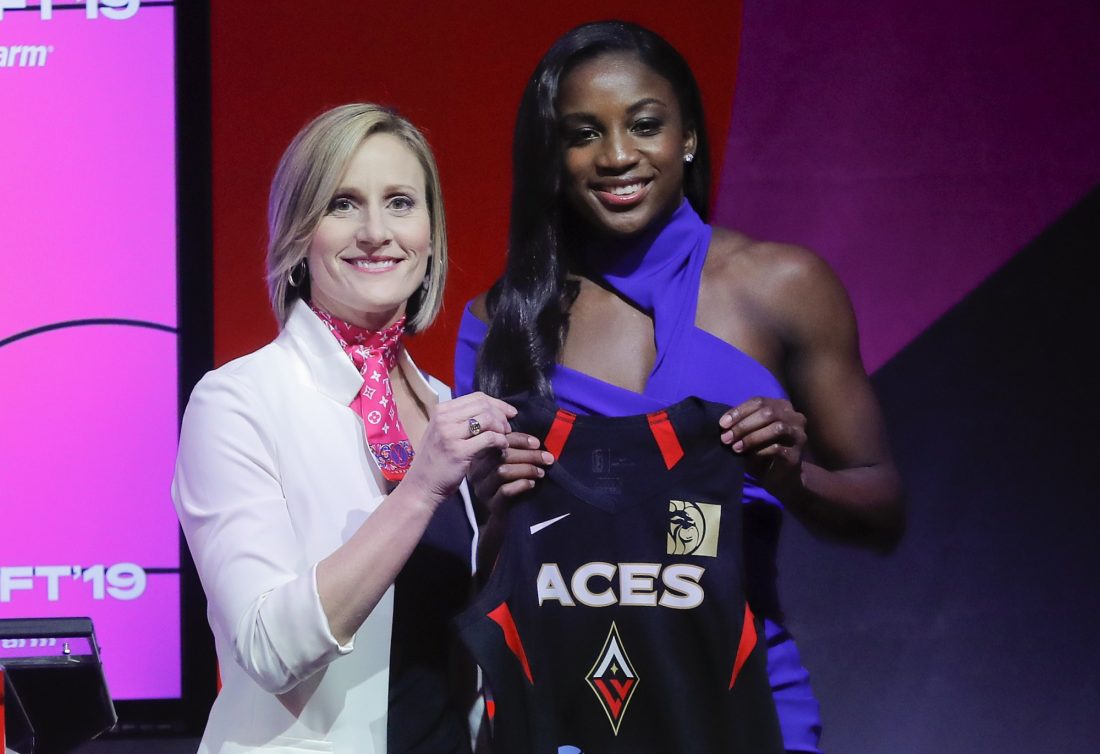 Jackie Young Is The No. 1 Pick In The WNBA Draft

NEW YORK (AP) — Jackie Young said it was a dream come true to be taken first in the WNBA draft.

The Notre Dame guard, who decided to enter the draft early and skip her senior season, was selected No. 1 by the Las Vegas Aces on Wednesday night.

“Since I was a little girl I always wanted to play in the WNBA and now I have my chance,” she said.

She’s the second Irish player to be drafted first after entering early joining Jewell Loyd, who had the honor in 2015.

Young wasn’t thrilled that she didn’t have much time to make her decision after the Irish lost the championship game Sunday night to Baylor. She had 24 hours to decide whether she wanted to turn pro or go back to play for the Irish.

“It was definitely a hard process for me,” Young said. “I had to sit down, talk to my family, talk to Coach (Muffet) McGraw and make the best decision for me.” 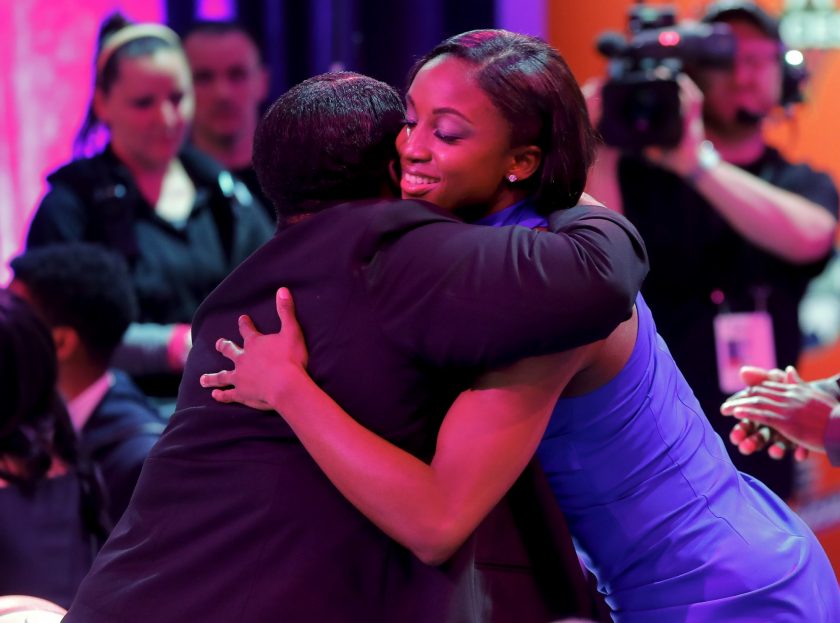 Young was the first of five Notre Dame players to be drafted. Arike Ogunbowale went fifth to Dallas. Brianna Turner went 11th to the Atlanta Dream. She was later traded to the Phoenix Mercury for Marie Gulich. Jessica Shepard was taken 16th by the Minnesota Lynx. Marina Mabrey was the fifth Notre Dame player to go, drafted 19th by the Los Angeles Sparks.

“It’s a historic moment for our program,” Notre Dame coach Muffet McGraw said. “We’ve had a lot of accomplishments, but this one stands alone. It’s probably something that will never happen again. Because of the injury to Bri and Jess coming in, it’s atypical of having that kind of class. But it’s incredible what they accomplished.”

Tennessee is the only school to have that occur with college players, in 2008. Candace Parker was taken first. Alexis Hornbuckle was drafted fourth. Shannon Bobbitt and Nicky Anosike went back-to-back in the second round and Alberta Auguste was taken in the third round.

Asia Durr went second to the New York Liberty. The Louisville guard, who was a two-time AP All-American, was the No. 2 scorer in school history. The Indiana Fever then took Mississippi State center Teaira McCowan at No. 3. Chicago drafted a UConn player for the second consecutive season taking Katie Lou Samuelson fourth reconnecting her with former Huskies teammate Gabby Williams.

Another UConn player went sixth with Napheesa Collier headed to Minnesota. She could provide some help for the Lynx, who will be missing Maya Moore for the season as she sits out to focus more on things other than basketball. The Lynx had a busy draft taking Shepard and Cierra Dillard of Buffalo in the second round. They also traded Natisha Hiedeman, whom they drafted 16th to Connecticut for Lexie Brown. They drafted Kenisha Bell of Minnesota in the third round.

The Los Angeles Sparks took Baylor center Kalani Brown seventh. It’s been a whirlwind 72 hours for the 6-foot-7 center as she helped Baylor win a national championship on Sunday. 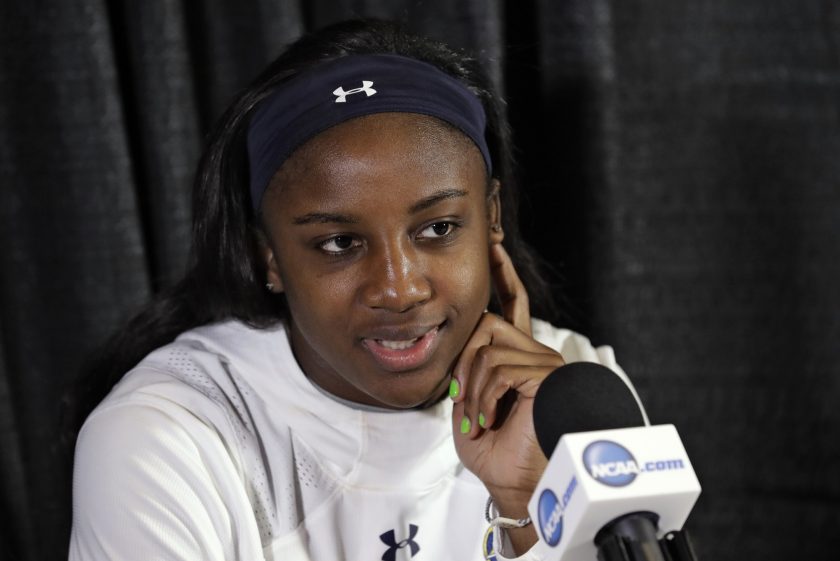 Australian Alanna Smith, who helped Stanford win the Pac-12 Tournament title was drafted eighth by Phoenix. The Mercury are coached by fellow Aussie Sandy Brondello. Kristine Anigwe went ninth to Connecticut. The Cal center, who led the nation in rebounding, was the national defensive player of the year. Washington took Kiara Leslie with the 10th pick and Ezi Magbegor closed out the opening round by going to defending champion Seattle.

Chinese sensation Han Xu was drafted 14th by the New York Liberty. The 6-foot-9 center became the first Chinese player drafted since 1997. There was some talk that Han wouldn’t be able to play this summer as she would have to compete for the Chinese national team. She said that she expected to play for New York this summer.

The WNBA season opens on May 24th with training camps opening up a few weeks earlier.