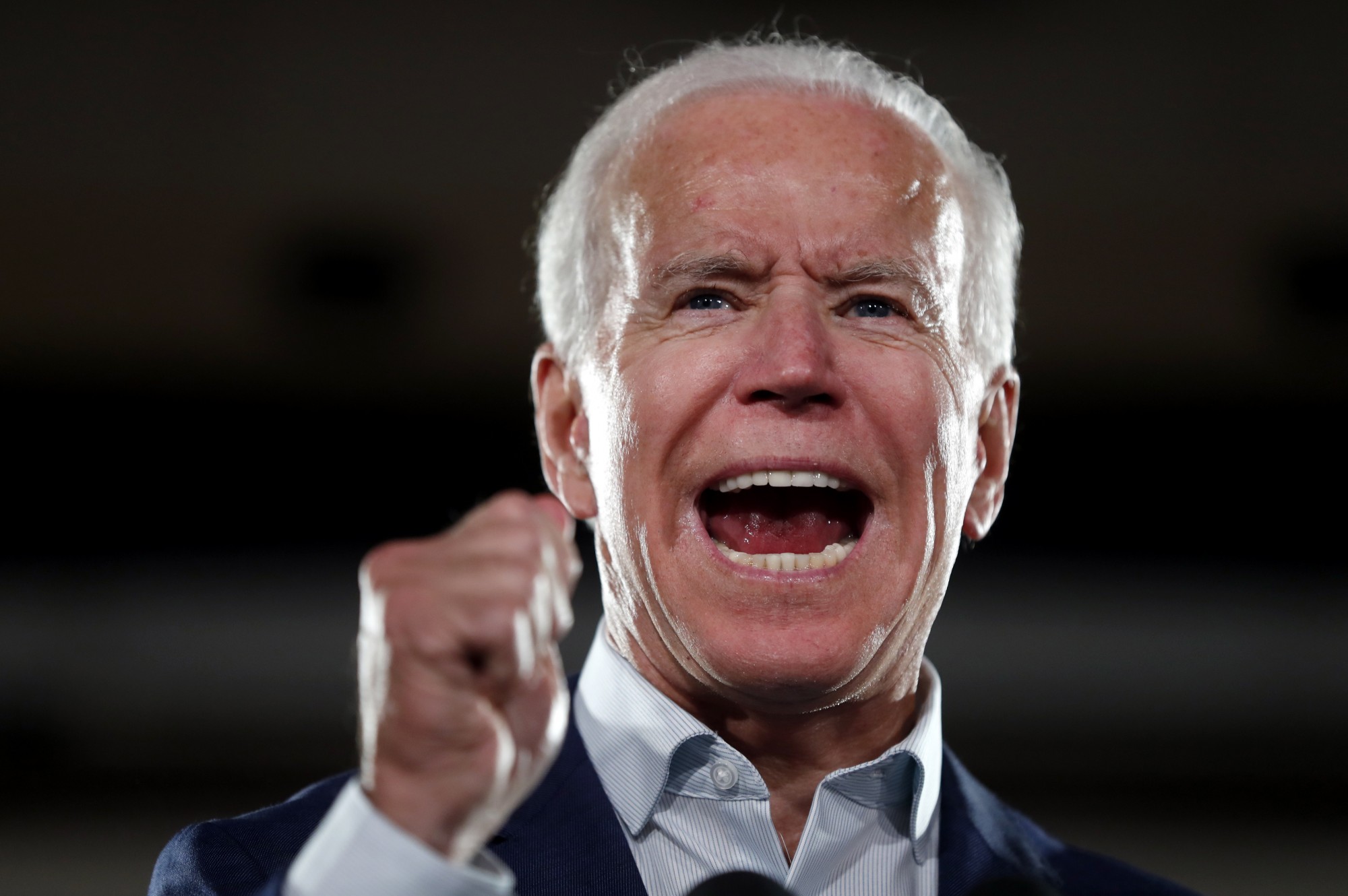 In a video posted on Twitter , Biden focused on the 2017 deadly clash between white supremacists and counter protesters in Charlottesville, Virginia. Biden noted Trump’s comments that there were some “very fine people” on both sides of the violent encounter, which left one woman dead.

“We are in the battle for the soul of this nation,” Biden said. “If we give Donald Trump eight years in the White House, he will forever and fundamentally alter the character of this nation — who we are. And I cannot stand by and watch that happen.”

The 76-year-old Biden becomes an instant front-runner alongside Vermont Sen. Bernie Sanders, who is leading many polls and has proved to be a successful fundraiser . Among Democrats, Biden has unmatched international and legislative experience, and he is among the best-known faces in U.S. politics. He quickly racked up endorsements on Thursday morning, becoming the first Democrat running for president with the backing of more than one U.S. senator.

Still, Biden must compete in a field that now spans at least 20 Democrats and has been celebrated for its racial and gender diversity. As an older white man with occasionally centrist views, Biden has to prove he’s not out of step with his party.

He’s yet to outline his positions on the issues defining the 2020 Democratic primary, most notably “Medicare for All,” the universal health care plan authored by Sanders that has been adopted by virtually the entire Democratic field.

The native of Scranton, Pennsylvania, is betting that his working-class appeal and ties to Barack Obama’s presidency will help him convince skeptics.

Just minutes after the announcement, the GOP lashed out against Biden’s record in the Obama administration, a line of attack in sharp contrast with recent criticism against other 2020 Democrats that has largely focused on them being too liberal, or even socialists.

While it’s true that Obama hasn’t explicitly endorsed Biden’s bid, the former president took the unusual step of weighing in on Thursday’s announcement through a spokeswoman. 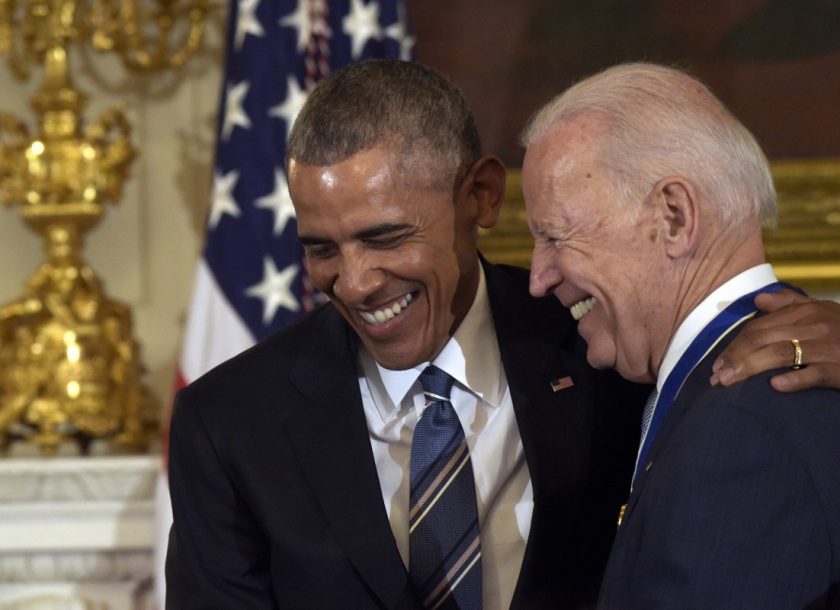 “President Obama has long said that selecting Joe Biden as his running mate in 2008 was one of the best decisions he ever made,” Obama spokeswoman Katie Hill said. “He relied on the vice president’s knowledge, insight, and judgment throughout both campaigns and the entire presidency. The two forged a special bond over the last 10 years and remain close today.”

Privately, Trump allies have warned that Biden might be the biggest re-election threat given the former vice president’s potential appeal among the white working class in the Midwest, the region that gave Trump a path to the presidency.

Biden is paying special attention to his native Pennsylvania, a state that swung to Trump in 2016 after voting for Democratic presidential candidates for decades. While Biden represented Delaware in the Senate for 36 years, he was often referred to as Pennsylvania’s third senator.

The former vice president will be in the state three times within the opening weeks of his campaign. He’ll be in Philadelphia on Thursday evening headlining a fundraiser at the home of David L. Cohen, executive senior vice president of Comcast. Biden is aiming to raise $500,000 at the event.

He will hold his first public event as a 2020 presidential candidate in Pittsburgh on Monday. Then it’s off to Iowa, home of the leadoff nominating caucuses on Tuesday and Wednesday, followed by two days in South Carolina. He’ll visit the other two early-voting states, Nevada and New Hampshire, in early May, before holding a major rally in Philadelphia.

Biden’s first media appearance is set for Friday morning on ABC’s “The View,” a move that may help him make an appeal to women whose support will be crucial to winning the primary.

As he neared his campaign launch, Biden’s challenges have come into greater focus.

He struggled last month to respond to claims that he touched 2014 Nevada lieutenant governor nominee Lucy Flores’ shoulders and kissed the back of her head before a fall campaign event. A handful of other women have made similar claims, though none has alleged sexual misconduct.

Biden, a former U.S. senator from Delaware, pledged in an online video to be “much more mindful” of respecting personal space but joked two days later that he “had permission” to hug a male union leader before addressing the group’s national conference.

Biden also has been repeatedly forced to explain his 1991 decision, as Senate Judiciary Committee chairman, to allow Anita Hill to face difficult questions from an all-male panel about allegations of sexual harassment against Supreme Court nominee Clarence Thomas, who later was confirmed to the high court.

He has since apologized for his role in the hearing. But in the #MeToo era, particularly after the contentious confirmation of Supreme Court Justice Brett Kavanaugh, the episode remains a significant political liability. 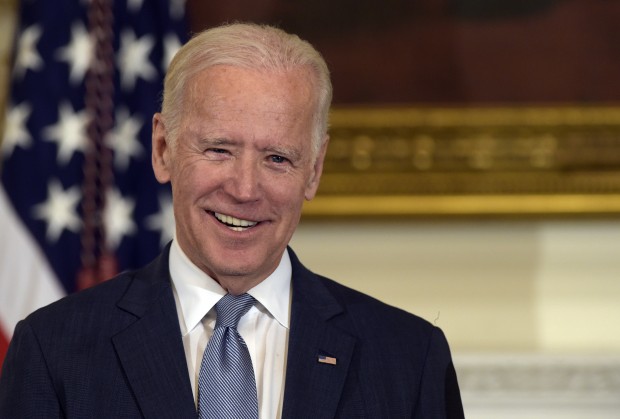 Likewise, Biden once played a key role in anti-crime legislation that had a disproportionately negative impact on African Americans. And while several 2020 Democratic contenders have embraced the possibility of reparations to African Americans for slavery in recent weeks, Biden last month struggled to explain comments he made as a freshman senator in 1975 about the school busing debate.

His first White House bid in 1988 ended after a plagiarism scandal. He dropped out of the 2008 race after earning less than 1% of the vote in the Iowa caucuses. Later that year, Obama named Biden as his running mate.

“This is very strong out of the chute. Well done. Biden just sucked the wind out of the sails for much of the field,” he said.

But he noted that announcement bumps fade and said Biden still has “to campaign the same aggressive way for the next nine months.”