ATLANTA (AP) — The family of a black man killed in a scuffle with Atlanta police outside a fast food drive-thru is pleading for nonviolent protests and policy changes to end future deaths in police custody. About 20 relatives of 27-year-old Rayshard Brooks said at a news conference Monday that he was a loving father with a big heart. Brooks was shot late Friday as police tried to arrest for being intoxicated behind the wheel. His niece, Chassidy Evans, said the family isn’t just pleading for justice, but also for change. Meanwhile, more than 1,000 people joined a protest outside the Georgia Capitol, where Democratic lawmakers are pushing for a slate of criminal justice reforms. 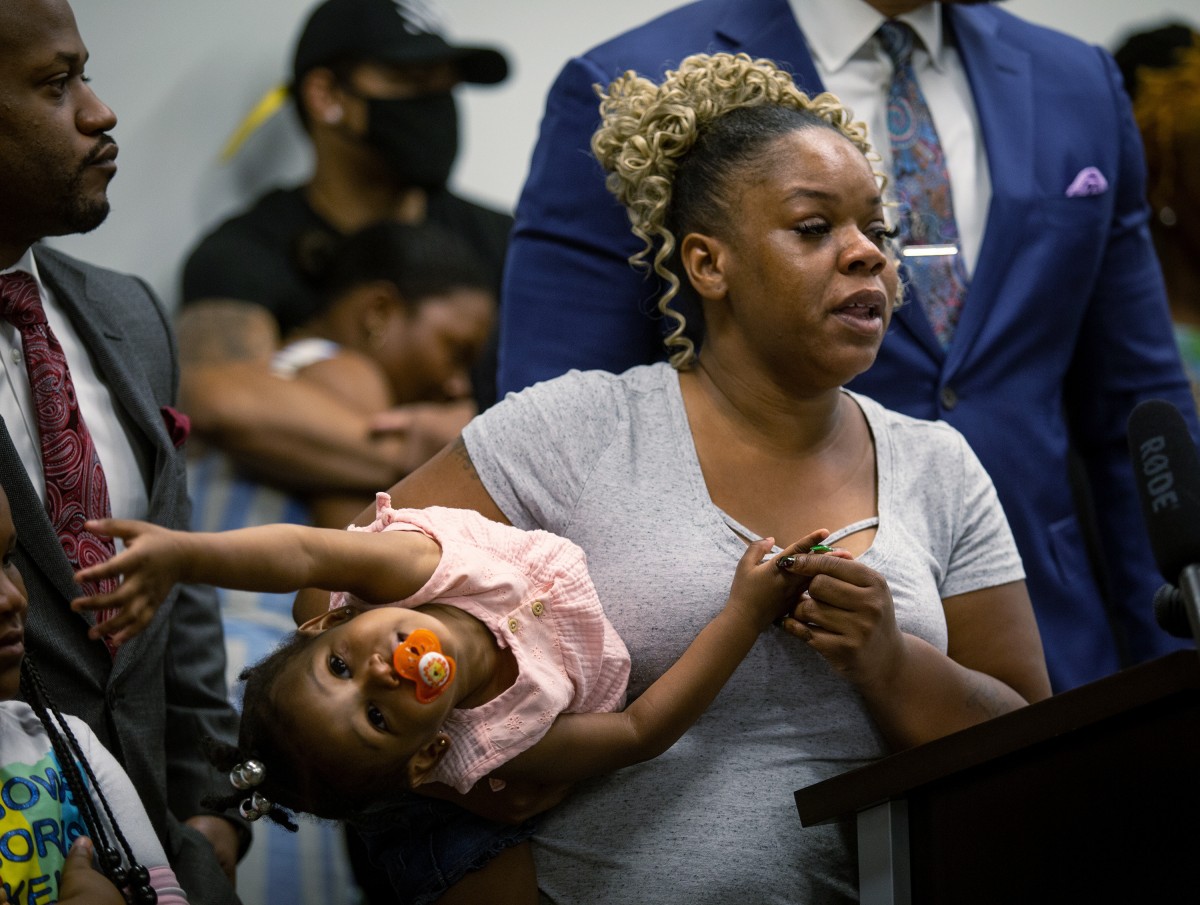