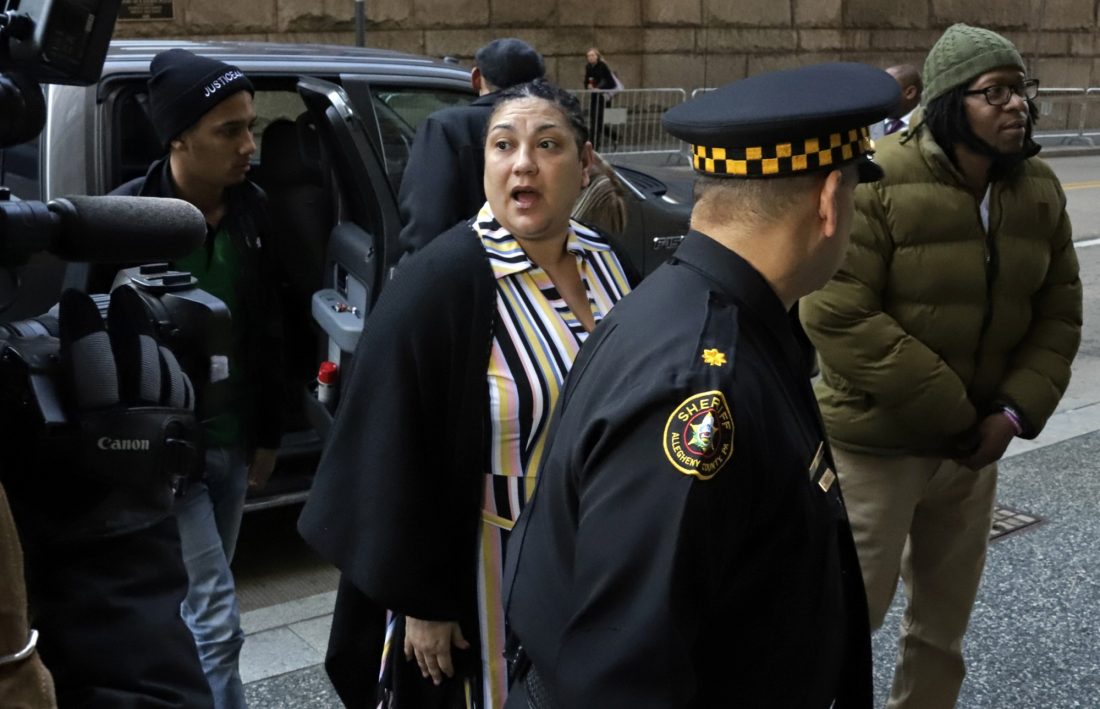 A second day of testimony is scheduled for Wednesday as the trial of former East Pittsburgh Police Officer Michael Rosfeld resumes in a Pittsburgh courtroom.

Rosfeld fired three bullets into Rose after pulling over an unlicensed taxicab suspected to have been used in a drive-by shooting minutes earlier. Rose was a front-seat passenger in the cab and was shot as he fled.

A neighbor who recorded the confrontation said the tone of Rosfeld’s voice is what got her attention.

“That type of tone frightened me myself. It was an angry tone. He was mad at something or someone,” Lashaun Livingston told jurors as testimony began Tuesday.

A defense lawyer said Livingston was 60 yards (55 meters) away at the time.

A prosecutor urged jurors to focus on Rosfeld’s frame of mind when he shot and killed Rose.

Prosecutors said Rosfeld gave inconsistent statements about the shooting, including whether he thought Rose had a gun.

“What really, really matters is what Michael Rosfeld knew and what he believed and what he thought when he pulled the trigger,” Deputy District Attorney Daniel Fitzsimmons told jurors in his opening statement. 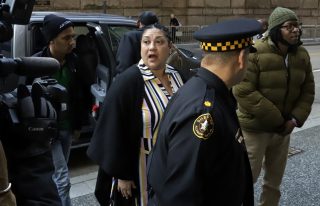 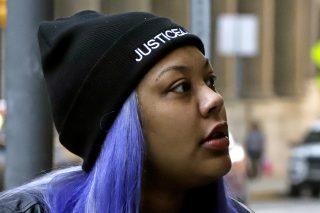 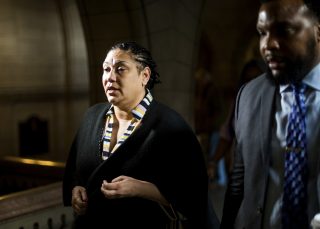 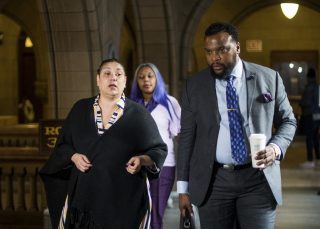 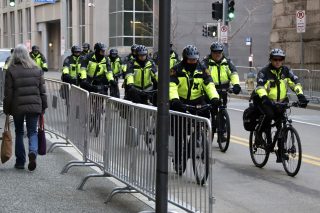 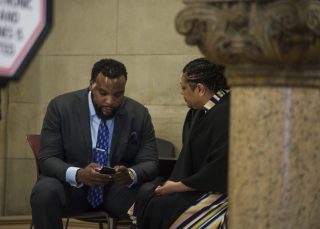 Defense attorney Patrick Thomassey said Rosfeld did not intend to shoot anyone that day and did nothing wrong in his fatal encounter with Rose.

“You think Michael Rosfeld got up on the 19th of June and thought he was going to shoot someone? Of course not,” he said.

The video of the shooting was posted online, triggering protests in the Pittsburgh area last year, including a late-night march that shut down a major highway.

A jury of six men and six women, including three African-Americans, was selected across the state in Harrisburg last week and will be sequestered in a Pittsburgh hotel for the duration of the trial, expected to take a week or more.

Debra Jones testified that she had been sitting on her porch when she saw Rosfeld shoot Rose just feet away.

Rosfeld had thrown the car’s driver to the ground and ordered Rose and the vehicle’s other occupant, Zaijuan Hester, to get out, Jones said. Both fled, and Jones said she heard three gunshots. Jones said she then went to a neighbor’s house, emerging 20 minutes later to see Rose lying face down and in handcuffs, and Rosfeld off to the side with other officers.

“He was red. He was very upset. He was crying,” Jones said.

On cross-examination, Thomassey, the defense attorney, said Jones gave a videotaped statement to police about a month after the shooting in which she said Rose and Hester had made movements with their hands. Jones denied it, insisting she said that Rosfeld had told them to get out with their hands up.

The families of Rose and Rosfeld were in the courtroom Tuesday.

“Antwon’s family is here seeking the justice they so deserve and to assure that the light of Antwon’s memory shines forever,” said a statement issued Tuesday by the family’s lawyer, Fred Rabner, who represents them in a wrongful death suit against Rosfeld, the borough and its mayor and police chief.

Rose had been riding in the front seat of the unlicensed taxicab when Hester, in the backseat, rolled down a window and shot at two men on the streets of North Braddock.

Hester, 18, of Swissvale, pleaded guilty Friday to aggravated assault and firearms violations for the shooting, which wounded a man in the abdomen. Hester told a judge that he, not Rose, did the shooting. A judge ruled Monday that jurors could hear evidence of that shooting but likely will not hear about a robbery that occurred several hours earlier.

Police Sgt. Brian Hodges of North Braddock testified that he and Rosfeld responded to the drive-by, and that Rosfeld went in search of the car spotted leaving the scene. A short time later, Rosfeld pulled it over.

While Rose ran from the vehicle, Rosfeld shot him three times — in the right side of his face, in his elbow and in his back — one of the bullets tearing through his heart and lung.