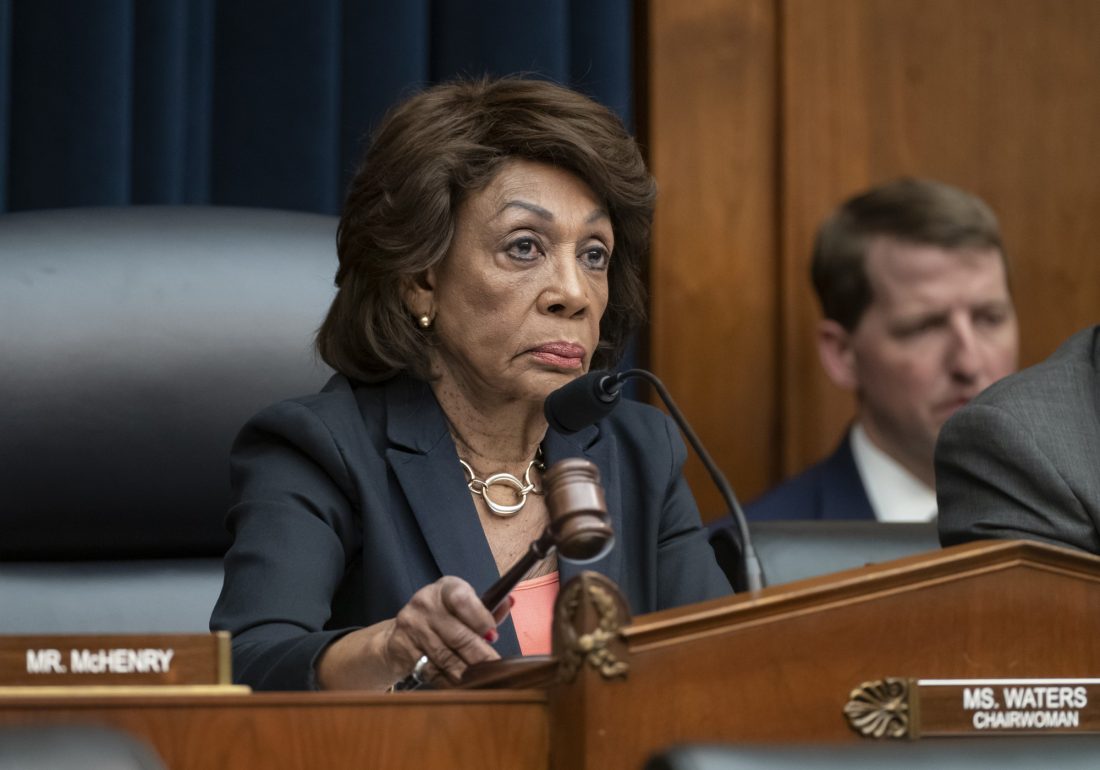 Waters Teaches How To Be A ‘First’ And Succeed In Congress

WASHINGTON (AP) — She’s been called “Kerosene Maxine” and gaveled off the House floor for accusing Republican men of badgering women. She dismissed President Donald Trump and his allies as thugs and predicted his impeachment before he was sworn into office.

No one, Maxine Waters once observed, should be surprised by her. But after nearly three decades in Congress, the 80-year-old California lawmaker is in an eye-opening role as the highest-ranking African American woman in the country. She’s wielding the gavel of the bank-regulating Financial Services Committee with the power to investigate Trump where some say it counts most: his business dealings.

The role makes Waters a model for many, but notably for the outspoken freshmen Democrats who have drawn as much scrutiny — and as many threats — for what they’ve said as for the barriers they are breaking. Waters, known by some of them as “Auntie Maxine,” has been there. And her unique ascent offers lessons in how to balance activism with work and prudence. 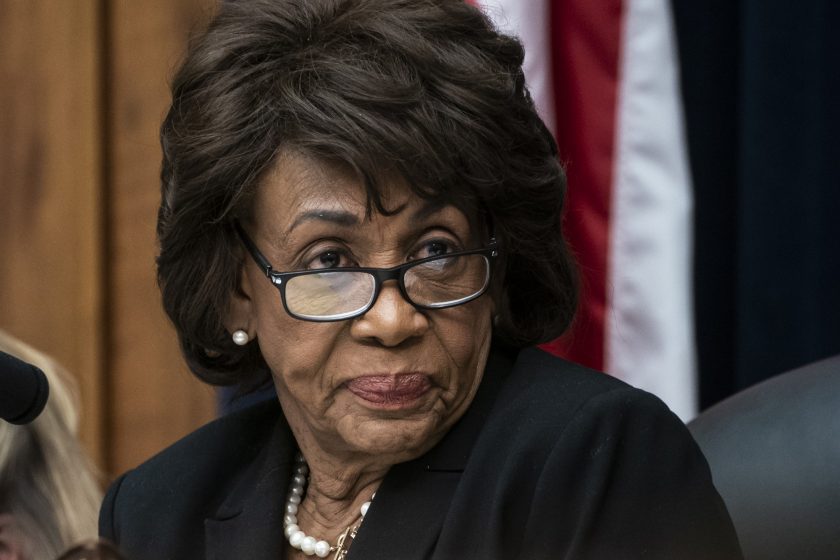 ″@RepMaxineWaters always tells it like it is like our favorite auntie,” tweeted Michigan Rep. Rashida Tlaib, one of the first Muslim women in Congress. She, like Waters, called for Trump’s impeachment, though in more profane terms .

Waters has minced no words on her drive to see Trump formally charged by the House. She is leading one of six House committee investigations of Trump’s world, specifically into Deutsche Bank, the German asset management firm that has lent Trump’s real estate organization millions of dollars over the years. She said earlier this year that the bank is cooperating with requests for documents. But Trump last week launched a legal fight to block the banks from doing so, opening a new front in his battle against Congress.

Waters, the only woman and the only African American to hold that chairmanship, has offered instruction by example of how to survive as a “first” in the most diverse House in U.S. history.

“Her preparedness and her concentration on getting something done, and her ability to get along with us, allows her to get the policy done, too,” said House Oversight and Reform Committee Elijah Cummings, D-Md., whose panel is also investigating Trump. “She can fire folks up, but she also does her homework. She also has a game plan in the end.”

Tlaib and a dozen other Democratic freshmen on the panel had front row seats for what became a class in what House Speaker Nancy Pelosi calls “knowing your power.” When Treasury Secretary Steven Mnuchin complained about how long Waters was questioning him, she glared down from the dais.

Mnuchin suggested she drop the “gravel” and dismiss him. She did not. “Please do not instruct me as to how I’m to conduct this committee,” she said. Mnuchin departed when Waters was ready. He promised to come back if called.

That power moment happened, congressional veterans said, chiefly because Waters has earned clout up the leadership ladder and across the partisan aisle. So when Democrats took control of the House after the November 2018 elections, she had been in line for nearly five years for the top spot — and there was no quarrel over the promotion, Democrats said. That, despite Waters’ long feud with Trump, in which he branded her “low IQ” and she urged people to publicly shame members of his administration over its family detention policy at the U.S. border. He warned last July, ”’Be careful what you wish for Max!”

Chairmanship granted, Waters’ portfolio includes overseeing the government’s banking, housing and consumer protection agencies, as well as investigating Trump. On policy, she’s got the background, including helping write the Dodd-Frank Act, which imposed new oversight on the banking industry. Even on impeachment, she’s got experience, should the House ever proceed in that direction against Trump. Waters was one of President Bill Clinton’s staunchest supporters on the House Judiciary Committee when it anchored proceedings against him.

Waters also has been through the grinder of public scrutiny. In 2012, a House committee cleared her of wrongdoing following allegations she steered a $12 million federal bailout to a bank where her husband owned stock. 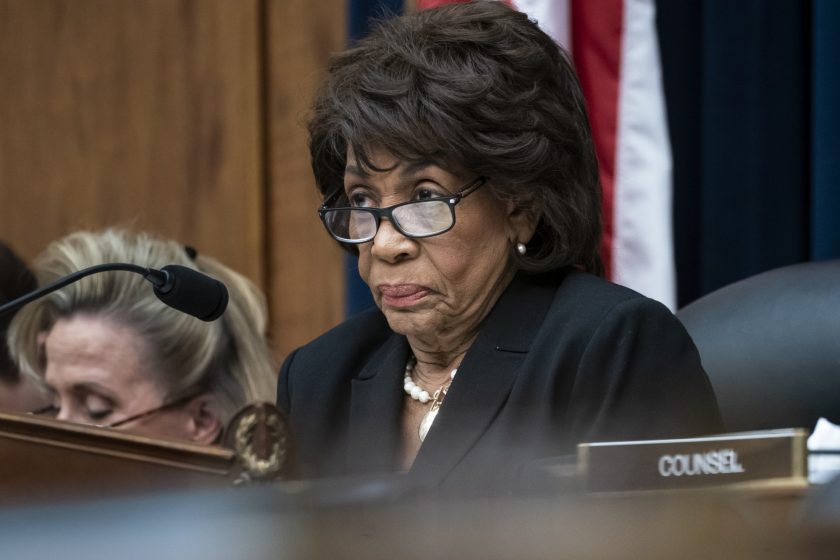 Throughout, Waters developed an approach that Republicans and Democrats describe as a balance between ferocious public advocacy for her constituencies and a down-to-business approach to deal making. And yes, compromise, including on a law she helped negotiate with House Republicans providing flood insurance to millions of Americans.

“People understand that she is fighting for them,” said Rep. Lucille Roybal-Allard, who served with Waters in the California State Assembly. Waters was in the State Assembly for 14 years before being elected to the House in 1990. “They feel confident that she has done everything in her power to get the best possible deal,” Roybal-Allard said.

A sense of humor inside Congress’ ivory tower helps, too.

“I have a picture of her hanging on my wall,” said Rep. Steve Chabot, a Republican from Ohio who sparred with Waters on the Clinton impeachment committee. It immortalizes a moment in which he told Waters that even though she’s not a lawyer, he’d call her to advocate for him if ever he got in trouble. “She laughed,” he recalled.

Rep. Peter King, a New York Republican and a member of Waters’ committee, said her calls for Trump’s impeachment make it unlikely she’ll get any Republican cooperation on that. But policy is something else.

“There’s different levels of Maxine. She really is a tough fighter,” King said, recalling a skirmish he had with her in 1994 in which she told him to “shut up” in a committee hearing and the fight spilled out onto the House floor. She was gaveled down for her “demeanor” and her words stricken from the record.

“On the other hand,” King added, “there’s the Maxine Waters who knows how to get things done, who knows how to make alliances, who can work with people in (banking) industry if she has to.”

No longer does anyone ask the leaders to answer for Waters’ words, as happens with some of the freshmen — Rep. Ilhan Omar, for example, for her remarks on Israel.

“She doesn’t care who she might offend,” said House Foreign Relations Committee Chairman Eliot Engel, D-N.Y., one of the other chairmen on the call who’s served alongside Waters in the House since she arrived. “She cares more about the policy and getting from A to B.”

Tags: Maxine Waters, Waters Teaches How To Be A ‘First’ And Succeed In Congress