WASHINGTON – Howard University has appointed Sean Plater as the new general manager of public television station WHUT-TV. Plater will retain his role as general manager of 96.3 WHUR-FM, which he has led to become the No. 1 music radio station in Washington, D.C.

WHUT-TV was founded in 1980 in Washington, D.C. The station was the first public station in the United States to be licensed to and operated by a historically Black college and university (HBCU). The station is a leader in public broadcasting with a particular emphasis on issues affecting African-Americans and people of color.

“We are looking forward to Sean Plater taking on a larger role and setting the course for WHUT-TV,” said Howard University President Wayne A. I. Frederick. “Plater is a home-grown talent, and he has been instrumental in shaping Howard’s vision for its broadcasting operations.” 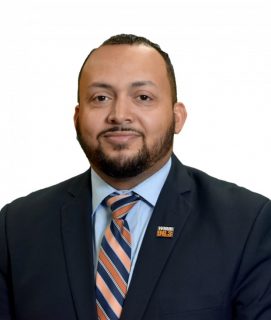 Plater earned a bachelor’s degree from the Howard University School of Communications in 2007. He holds an MBA from the University of Maryland, University College. The Washington Business Journal recently named Plater to its “2021 40 Under 40” list, which honors the next generation of Greater Washington business leaders.

“It’s an honor to serve Howard University in this capacity and to lead two iconic media brands, such as WHUR and WHUT,” Plater said. “I look forward to the synergy that exists between both brands in this evolving media landscape.”

At the helm of WHUT-TV, Plater plans to enhance original content production and to expand the utilization of PBS community engagement resources as well as the implementation of the new broadcast technology NEXTGEN-TV. Plater has led the Howard University NEXTGEN-TV broadcast collaborative over the past year.

Since 2019, Plater has led WHUR as general manager. He has been credited with diversifying revenue streams, reducing expenses, increasing digital content and expanding the sales footprint of the network. Plater has also worked to enhance Howard student engagement across the six radio stations in the Howard radio portfolio. Plater will continue to report into the Office of Corporate Relations led by Debbi Jarvis, Howard University’s senior vice president of corporate relations. Her office oversees the management of WHUT and WHUR.

Plater has an extensive background in broadcasting. At WHUR, he served as deputy general manager from 2013-2018. He has worked in various capacities for other broadcast companies, including SiriusXM and Radio One, Inc. In addition, Plater worked in the academic technologies division of George Washington University and served as the principal consultant for Plater Audio Solutions.

WHUT-TV, Howard Television broadcasting reaches over 2.5 million households in a 60-mile radius. The station endeavors to underscore Howard University’s overall mission in its commitment to excellence, leadership and public service.

The mission of WHUT-TV is to deliver educational, entertaining and intellectually stimulating multicultural and intergenerational programming to the public in the Greater Washington, D.C. region while offering exceptional professional training in television production, engineering and management.