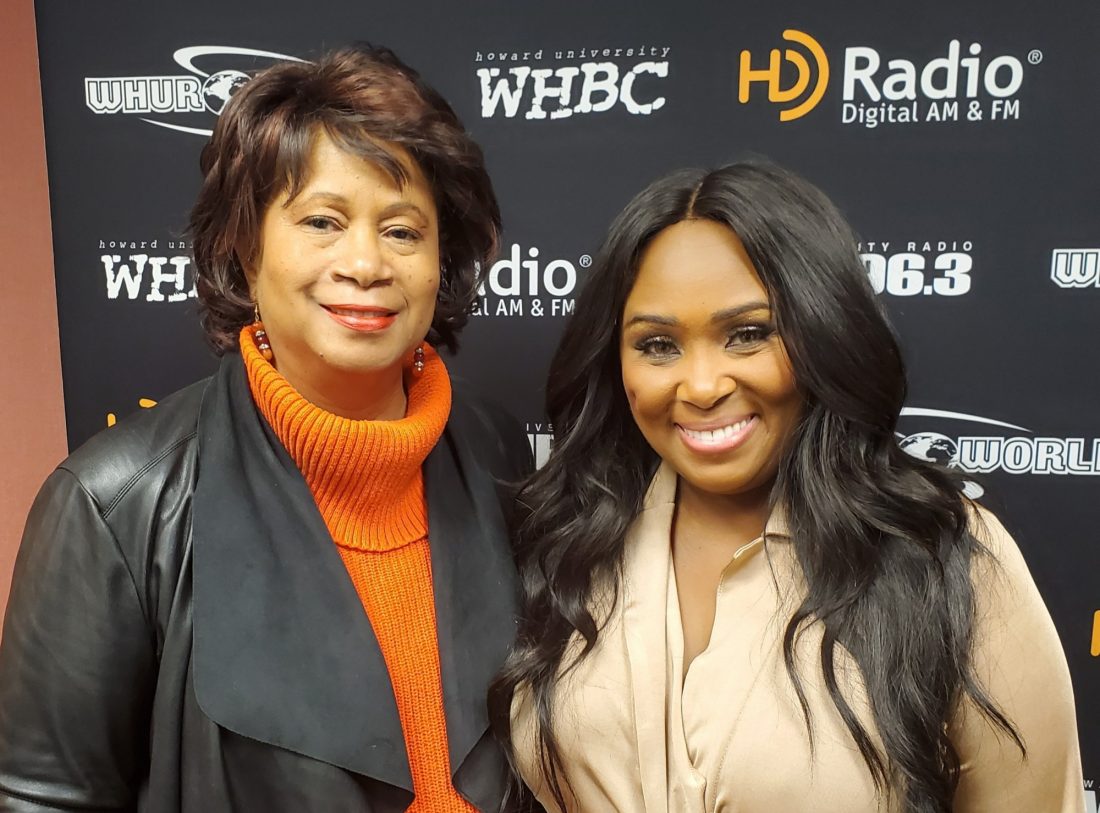 Motown Gospel recording artist Lexi shared her Christmas family traditions and the inspiration behind her new song, “There Is More” with Jacquie Gales Webb on WHUR’s Sunday Afternoon Gospel. Lexi is known for becoming the face of The Word Network. She held hosting duties for The Word Network Church with Lexi and The Lexi Show.

She sang in her grandfather’s church when she was young. She majored in communications at Bowling Green State University and became a member of Zeta Phi Beta. She put out a debut album titled Call Her Lexi in 1990. She then signed with Evander Holyfield’s record label Read Deal Records and would release three albums under the label. In 2012, she put out an album called Phenomenal.

On her YouTube channel, she has created comedy videos dealing with subjects such as church culture, African American culture, and parodies of well-known TV shows. She also runs a business selling hair products.

Lexi and her late husband, producer Michael Allen, have a son named Michael Alexander Osaze Allen. She has over 276K followers on Instagram and her Christmas song “Give Love on Christmas Day” was #1 on the Mediabase Holiday UAC chart last year.