Mayor Bowser Proclaims Go-Go As the Official Music of DC

Washington, D.C. (Wednesday, February 19, 2020) – D-C Mayor Muriel Bowser signed a measure today making Go-Go the official music of the District of Columbia. Flanked by supporters, lawmakers, and the Go-Go community; Bowser put pen to paper on legislation that essentially calls for the implementation of a program to support, preserve, and archive Go-Go music and its history.  The mayor made the signing ceremony at Culture House DC a celebration for the community with an indoor style block party that featured performances by The Backyard Band and DJ Supa Dan. 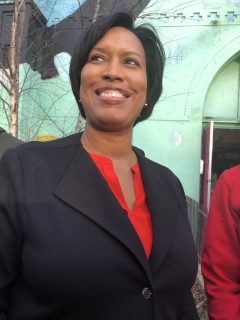 Mayor Bowser told a crowd of several hundred that Go-Go will be forever DC. “When I say Go-Go, you say it D.C,” said Bowser encouraging the crowd to chant with her.

Several Go-Go legends were in attendance today for the signing, including Anwan Glover, Sugar Bear from EU and James Funk. 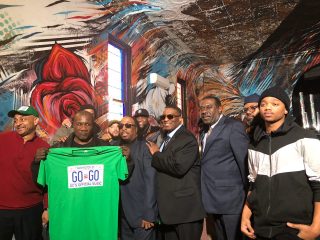 On February 4, the Council voted unanimously to pass Ward 5 Councilmember Kenyan McDuffie’s bill to make Go-Go the District’s official music. Go-Go music originated in the District during the mid-1960s to late 1970s and is a fusion of many different musical forms, including funk, blues, soul, and salsa. The unique genre got its name from one of its founders, the late “Godfather of Go-Go” Chuck Brown.