LOUISVILLE, Ky. (AP) — Authorities are pleading for calm while activists are vowing to fight on in Kentucky’s largest city after a gunman wounded two police officers during anguished protests over the decision not to charge officers for killing Breonna Taylor. A new round of demonstrations in U.S. cities was set off by outrage over a grand jury’s failure to bring homicide charges against the officers who burst into the Black woman’s apartment six months ago. The state attorney general said the investigation showed officers were acting in self-defense when they responded to gunfire from Taylor’s boyfriend. Louisville Mayor Greg Fischer insisted Thursday that violence won’t cure his city’s pain. 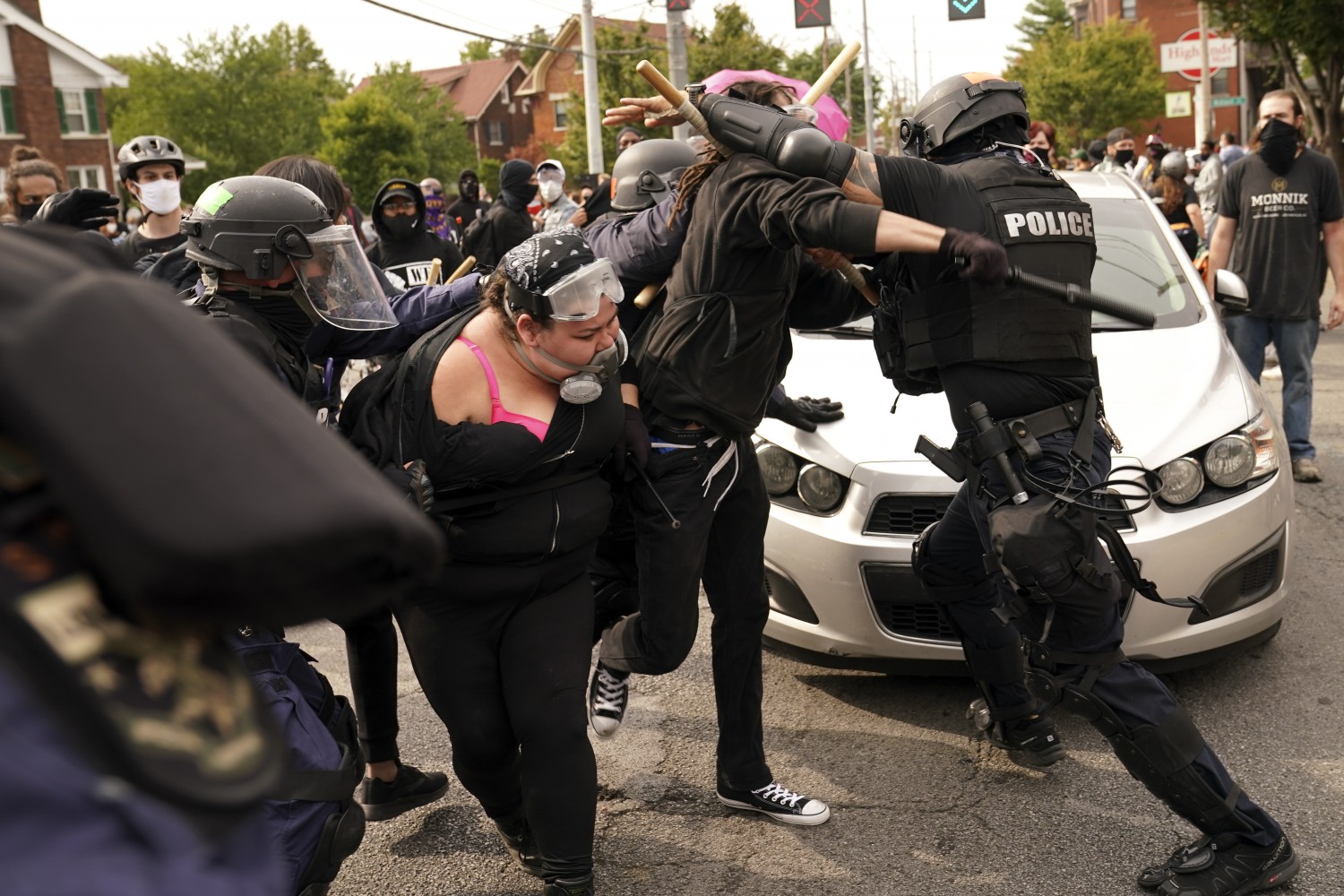