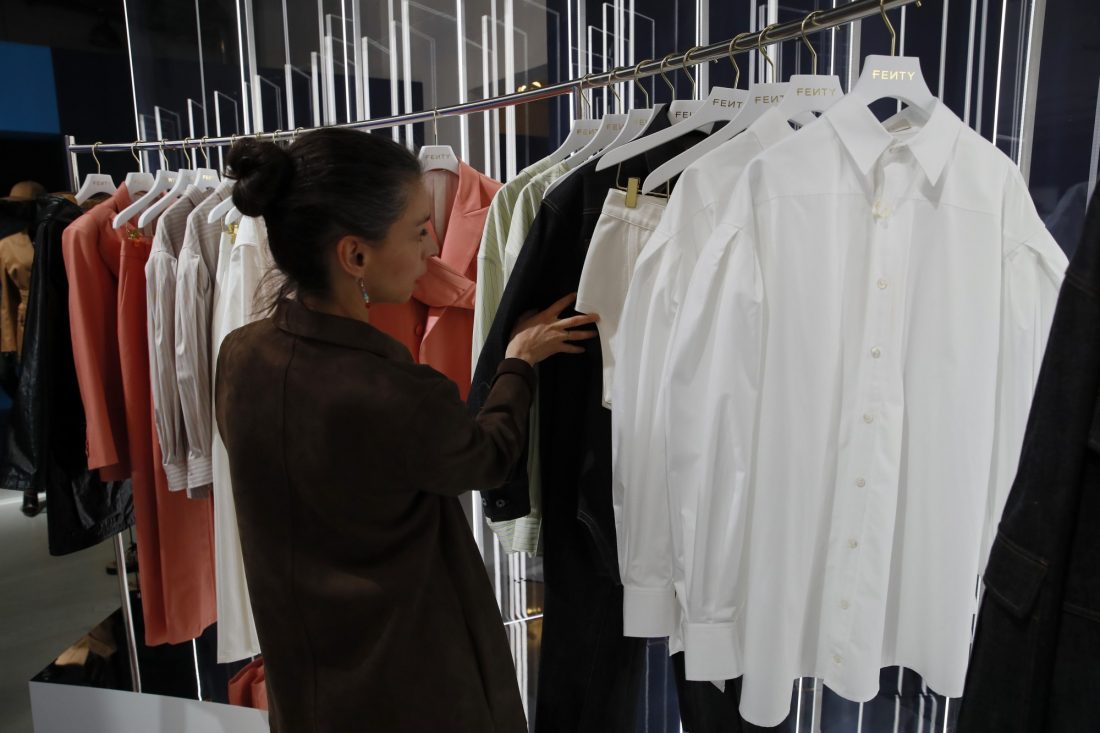 PARIS (AP) — Rihanna, the first black woman in history to head up a major Parisian luxury house, is unveiling her first fashion designs for Fenty at a pop-up store in Paris.

The collection, named after the singer-turned-designer’s last name, comprises ready-to-wear, footwear, accessories, and eyewear and is available for sale Paris’ Le Marais area from Friday and will debut online May 29.

“This is a moment in history,” Rihanna, 31, said at a preview of the store in a white structure tuxedo dress. “It’s a big deal for me and my entire generation.”

News of the singer’s groundbreaking new deal with LVMH, the world’s largest luxury group, shook up the fashion industry earlier this month.

The Barbados-born star’s lines are the second time LVMH has created an original brand.

But the move also acknowledges the fashion industry of today considers a major popstar can have as much to say in fashion design as established and trained designers such as Nicolas Ghesquiere of Louis Vuitton, or even the lauded Alber Elbaz, formerly of Lanvin, who is out of work. 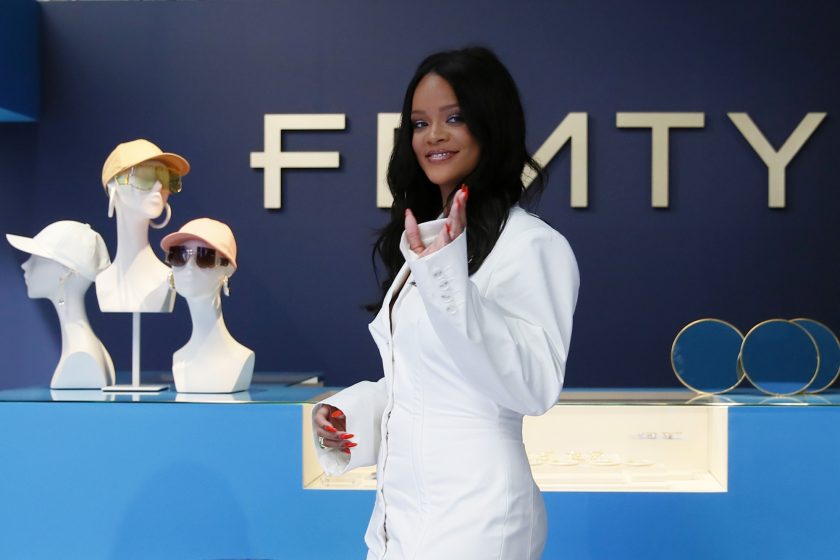 Fenty has been heralded by some critics as the first major house of the Instagram age.

Fenty says the brand will be based in Paris, like its parent company, conglomerate LVMH, but will operate from a digital flagship on a “See-Now-Wear-Now” model forgoing to usual luxury fashion seasonal previewed designs.

“They were flexible enough to allow me to have a different perspective on the way I wanted to release things,” she said. “Coming from such a traditional background in fashion (as LVMH), you don’t think there’s another way that will work and they allowed me to do that.”

It’s expected to capitalize on the acclaim received by her most popular luxury venture Fenty Beauty line in 2017 — which some said revolutionized the makeup industry by celebrating diversity by showcasing foundations in 40 shades.

If she looks calm, “it’s a facade,” acknowledged the star when faced with the expectations before the historic launch.

“There’s pressure every single second,” she said. “It’s not like crumbling pressure, but it’s like ‘you better get it good girl.’”