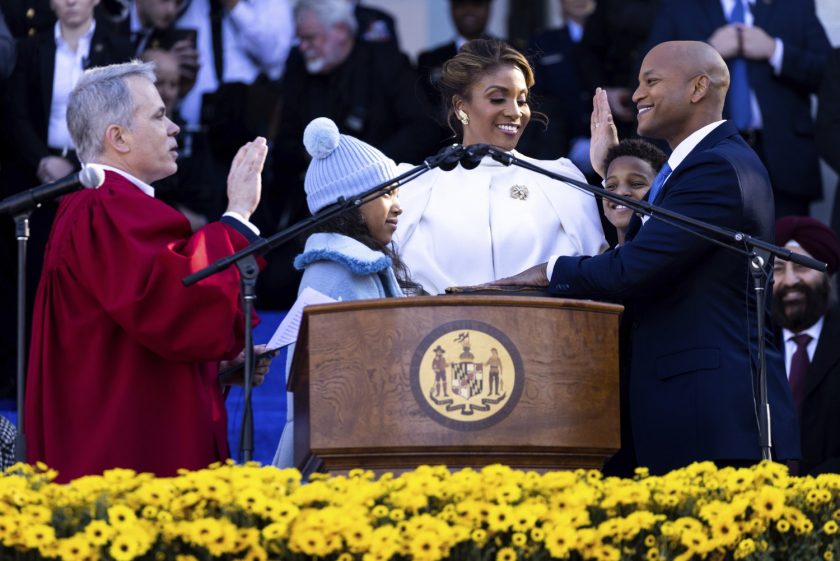 Moore, after being introduced by Oprah Winfrey in front of the Maryland State House, noted that the state is one of the wealthiest in the nation, but he also described it as “asset-rich and strategy poor.”

“It is time for our policies to be as bold as our aspirations — and to confront the fact that we have been offered false choices,” Moore said. “We do not have to choose between a competitive economy and an equitable one.” 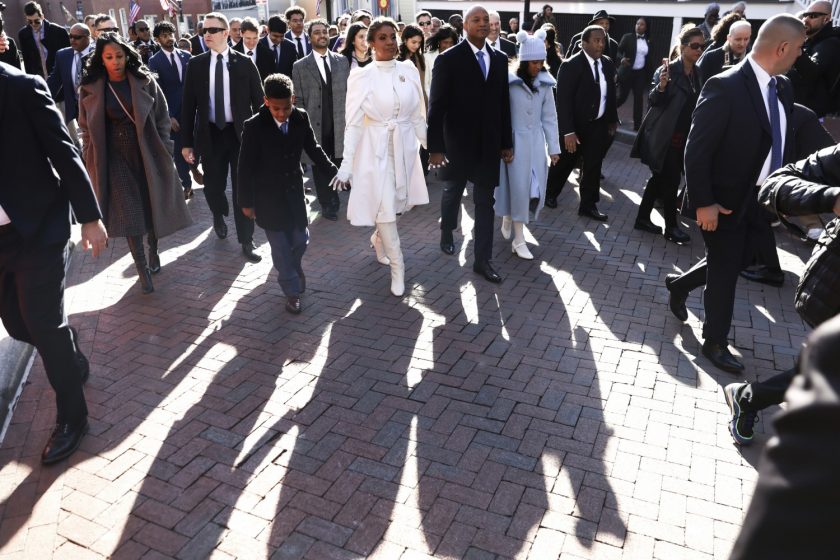 The 44-year-old Democrat, who won in a landslide in November, also committed to fighting violent crime. Many Maryland residents have grown weary in their faith in government’s ability to keep them safe, he said.

Moore said the state can build a police force “that moves with appropriate intensity and absolute integrity and full accountability, and embrace the fact that we cannot and will not militarize ourselves to safety.”

“We do not have to choose between being a safe state and a just one,” Moore said. “Maryland can, and we will, be both.”

Moore, who has not held public office before now, won a crowded Democratic primary in July before going on to win the general election by more than 30 percentage points against Republican Dan Cox, who was endorsed by former President Donald Trump.

Moore is a best-selling author and former CEO of the Robin Hood Foundation, an anti-poverty nonprofit. He also is a Rhodes scholar and a combat veteran who served in Afghanistan.

“This might be his first day as an elected official, but Wes Moore has been a public servant his entire adult life,” Winfrey said. “And there’s so much more to come. He’s just getting started.” 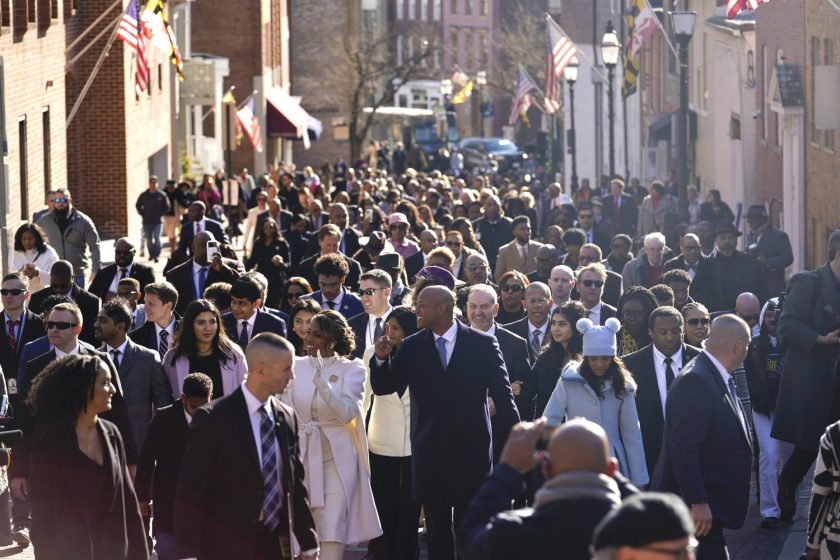 Moore pledged to make the state a leader in addressing the “existential threat” of climate change, which said “is happening now in our communities.”

“Confronting climate change represents another chance for Maryland to lead,” Moore said. “We can and we will be a leader in wind technology, in grid electrification, and clean transit.”

Speaking not far from the nation’s largest estuary, Moore said the state will protect “our jewel,” the Chesapeake Bay, and put Maryland on track to generate “100% clean energy by 2035 and create thousands of jobs in the process.”

The new governor also emphasized his commitment to education, including a state initiative through which high school graduates can volunteer for a year of service.

Moore punctuated his inauguration with references to Black history, beginning with the enslaved people who once arrived by ship at the Annapolis City Dock, which was once a regional slave port and the site of a memorial to enslaved African Kunta Kinte, who arrived there in 1767 and was written about in Alex Haley’s book “Roots.”

Moore was joined by other Black leaders at the wreath-laying ceremony on a bright sunny morning, including Maryland Rep. Kweisi Mfume, Attorney General Anthony Brown, former Lt. Gov. Michael Steele, and former Massachusetts Gov. Deval Patrick, who was the nation’s second elected Black governor, in 2006. Virginia’s Douglas Wilder was the first, in 1989, and Moore is the third.