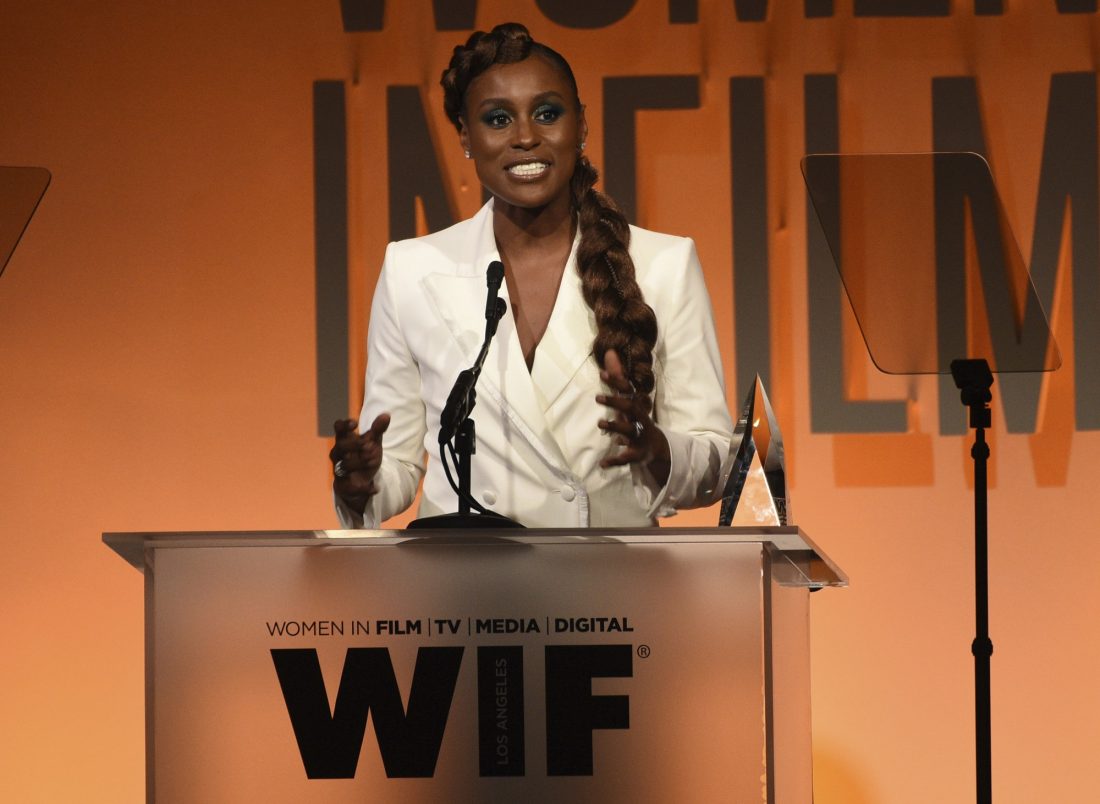 BEVERLY HILLS, Calif. (AP) — In a night of commanding words from some of the most accomplished women in entertainment at the annual Women in Film Gala Wednesday night in Beverly Hills, from the likes of Issa Rae, Viola Davis and producer Cathy Schulman, Amy Poehler put her own unconventional spin on the “empowerment speech.”

Poehler, who was accepting the final honor of the evening, the Entrepreneur in Entertainment Award, simply read off a list of names: “A League of Their Own,” Patti Smith, “Fleabag,” ″The Virgin Suicides,” Judge Judy, U.S. Women’s Soccer, “American Psycho,” ″Russian Doll,” Dolly Parton. She continued listing off female creators and female-created shows and films for two and a half minutes.

It was simple, brief, and got the point across to the ballroom full of women working in the industry. She followed a riotously funny speech from “Insecure” creator Rae, who decided to take inspiration from her hip-hop idols and buck the social convention of women being humble. She said she was just going to say the opposite of, “What I would normally say.”

“You future hoes need to bow down,” Rae said as the inaugural recipient of the Emerging Entrepreneur Award. “Entrepreneur means I did that s— by myself.”

Producer Cathy Schulman, and former Women in Film board president, who was being recognized for her advocacy in entertainment, took a vastly different approach with a vulnerable and open story about the personal and financial trials she’s had to endure while trying to “make it.”

Although she won an Oscar for producing the film “Crash,” she said she never made a dollar from the film, which earned almost $100 million at the box office, and even went into credit card debt trying to make sure the production had what was needed. She’s produced 30-something films and raised a daughter too, but she said she has from pre-school through graduation only picked her up from school four times.

“I’ve paid a deep price for my advocacy,” Schulman said.

She said there’s still, “A long way to go” and she hopes, for one, that the words “diversity” and “inclusion” are decoupled.

“Diversity is a counting mechanism,” she said. “Inclusion is not something you can count, advertise or market. Inclusion is what happens when diverse people are actually present in equal numbers in decision making positions.”

Davis, who is working with Schulman on a project called “The Woman King,” which she described as ”‘Braveheart’ only with all black women and no Scottish brogues,” said that, “In a world that has a bad habit of erasing us girls…we need champions like Cathy.”

Women in Film, the advocacy organization putting on the event with the help of sponsor Max Mara, announced a new initiative at the event called Entrepreneurial Pathways which is intended to help knock down the roadblocks to capital for female filmmakers and creators.

Kirsten Schaffer, the executive director of Women in Film, said that women currently get only 16% of the overhead deals and 23% of the overall deals in television. Their goal is to, “Strategize ways to advance parity.”

The organization raised over $50,000 for program over the course of the event.