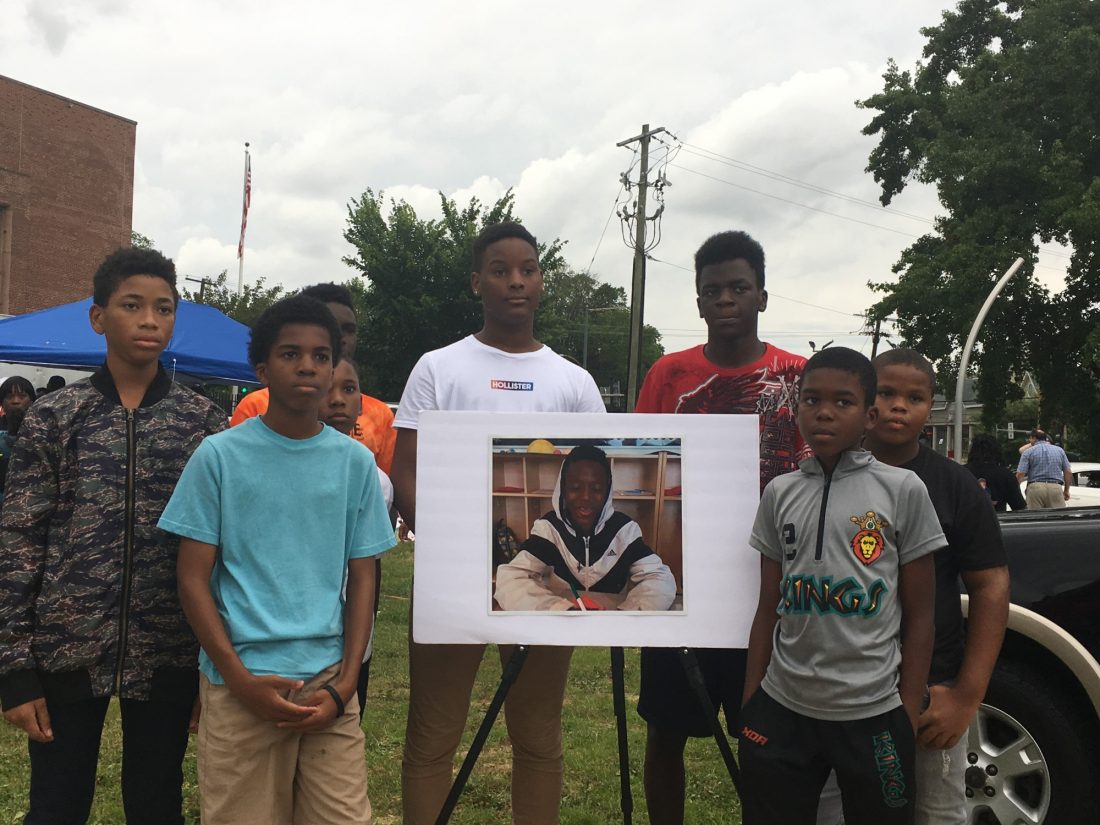 Community Remembers Karon Brown and Calls for End to Violence

Washington, D.C. (Tuesday, July 23, 2019) – Dozens of family members, friends, classmates, and persons who are sick and tired of the violence packed  the field of Stanton Elementary School in SE Tuesday to remember 11-year-old Karon Brown.  Karon is the youth shot and killed last Thursday just blocks away from his school. 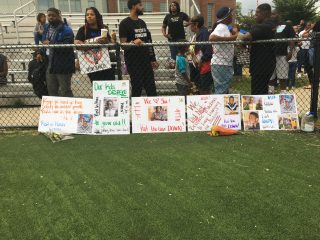 His mother fought back tears as she thanked the crowd for coming out.  Ward 8 Councilmember Trayon White called on the community to stop the gun violence.  “If they’re killing us and we’re killing us, soon there will be no us,” White told the crowd. 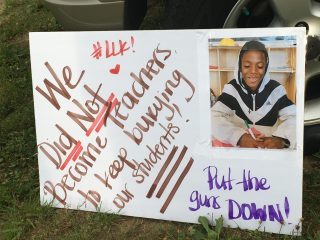 Classmates and members of the football team Karon played on spoke about his love for sports.  Coaches spoke of his entrepreneurial spirit.  “I would see him daily at the gas station and he would be asking people to pump their gas.  I would also give him a dollar or two and he would run straight to McDonald’s to eat.  That boy loved to eat,” said one coach.

Metropolitan Police have made an arrest in Karon’s killing,  which sources  say stemmed from sort of schoolyard fight.  Tony McClam is charged with first-degree murder.  McClam’s stepson reportedly knew Karon.  Reports say McClam thought Karon was part of a group that had been fighting with his stepson days before.

Karon was killed when McClam allegedly shot into a vehicle Karon had jumped into trying to flee the fight.