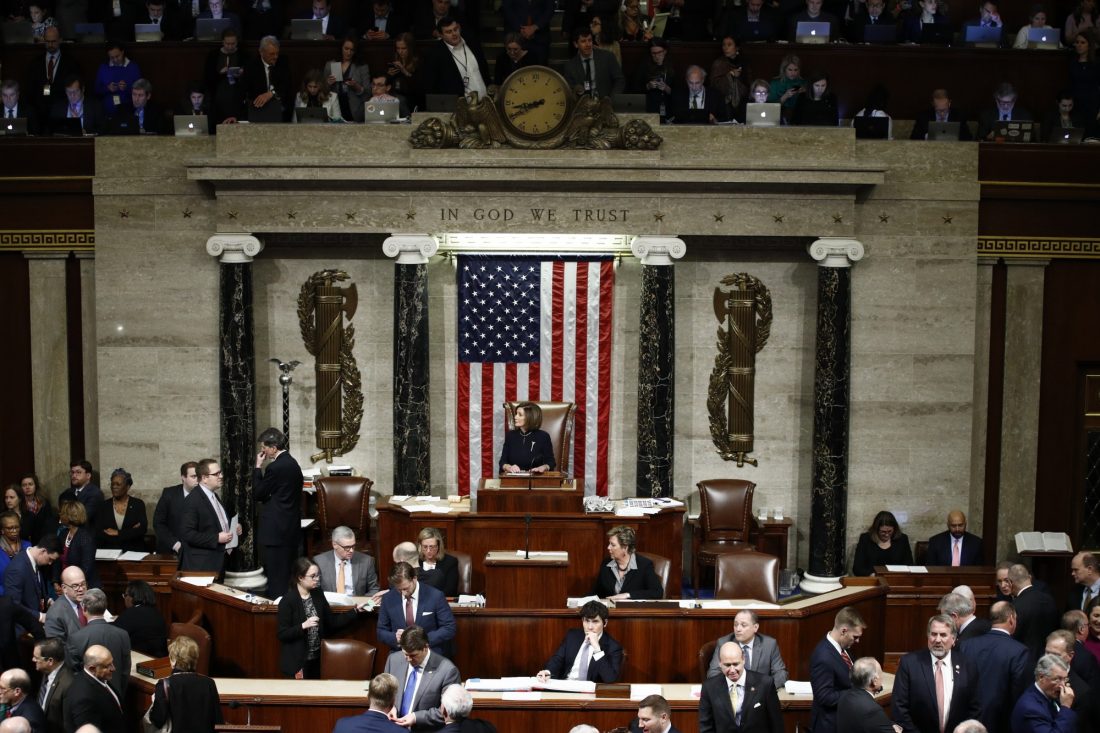 Washington, D.C. – (Wednesday, December 18, 2019) – As expected, the U.S. House of Representatives voted, along party lines, to impeach President Donald Trump.  In what concluded a marathon of debate, the House approved two articles of impeachment against the 45th president charging Trump with abuse of power and obstruction of congress. 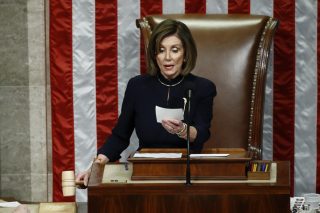 Trump becomes only the third American chief executive to be formally charged under the Constitution’s ultimate remedy for high crimes and misdemeanors.  The articles of impeachment, which account for the political equivalent of an indictment, now go to the Senate for trial.  Political observers suspect that Trump will be acquitted by the Republican-led chamber.  Nonetheless, he is likely to run for reelection carrying the stain of impeachment on his back.

The Senate trial is expected to begin sometime in January in the Senate, where a vote of two-thirds is necessary for convict him.  “Today we are here to defend democracy for the people,” House Speaker Nancy Pelosi said today during the opening of the six-hour House debate.  Following the impeachment, Pelosi called today a sad day yet a necessary day to maintain democracy.

For his part, President Trump began today tweeting his anger at the proceedings, then flew to Battle Creek, Michigan for a political rally.  Just after the impeachment vote, Trump went on a long rant before supporters saying it is the democrats who are the ones in the wrong. “You are declaring open war on American democracy.  We did nothing wrong.  You are the ones obstructing justice,” said an angry Trump.