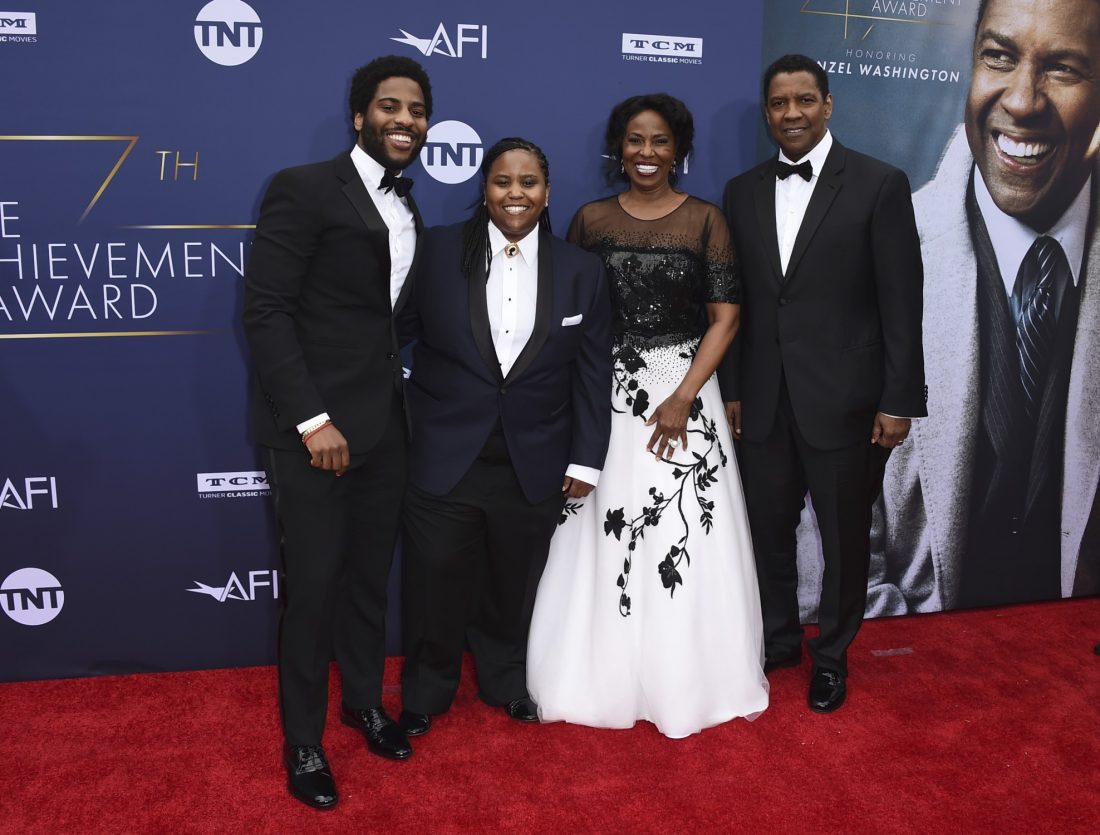 LOS ANGELES (AP) — Denzel Washington was the man of the hour Thursday night with everyone from Julia Roberts to Spike Lee turning out to celebrate him as this year’s recipient of the AFI Life Achievement Award. But when he finally took the stage to accept the honor he did something unexpected: At his own award ceremony, Washington turned the spotlight away from himself and gave his wife of 40 years, Pauletta Washington, her own standing ovation.

The crowd of multigenerational Hollywood A-listers, from Michael B. Jordan and Mahershala Ali to Cicely Tyson and Morgan Freeman, readily obliged.

“I would not be alive without Pauletta Washington,” Washington said. “I wouldn’t survive.”

It’s a difficult task to have a moment stand out in an evening that included a surprise Beyoncé appearance (there briefly to present an honor to director Melina Matsoukas) and an earth shattering rendition of Sam Cooke’s “A Change is Gonna Come” by Jennifer Hudson that brought Washington to his feet, but he managed to do it.

As Roberts, Tyson and others attested throughout the evening, two-time Academy Award-winner Denzel Washington is a family man first. Seated alongside Pauletta Washington, his son Malcolm Washington, Lee, Tyson and directors Carl Franklin and Ed Zwick, the 64-year-old was for two hours taken on an emotional tour through his storied career in Hollywood — from eager newcomer to movie star to acclaimed director — by those who were by his side.

“We’re all here because we love Denzel,” said Lee, who has directed Washington in four movies (“Mo’ Better Blues,” ″He Got Game,” ″Malcolm X” and “Inside Man”). “Denzel represents our black manhood.”

Lee, the final speaker of the evening, likened Washington to other “G.O.A.Ts” (greatest of all time) like Michael Jordan, Ella Fitzgerald and Miles Davis.

“That’s the rarefied air that Denzel Washington lives and breathes in,” Lee said.

Lee also said that, although he might be biased, “Malcolm X is the greatest performance ever committed to celluloid.” 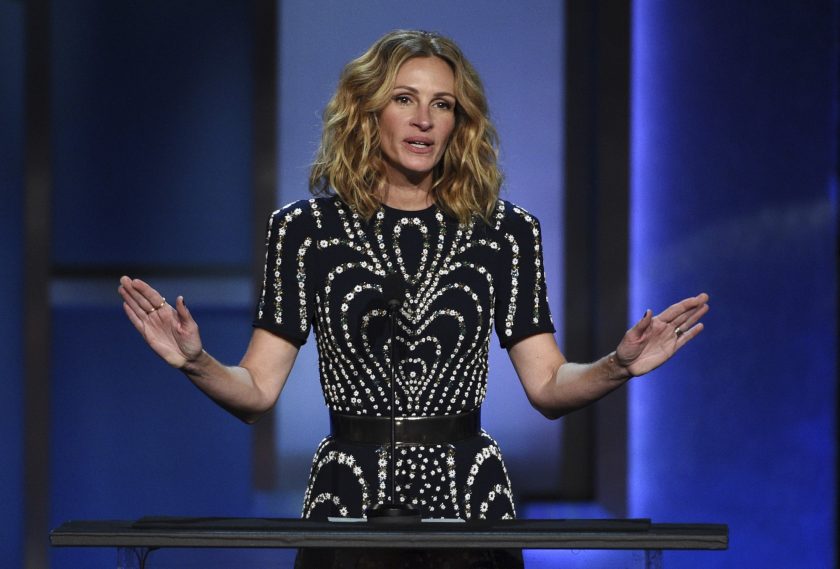 And others were just as effusive. Roberts recalled that working with him on “The Pelican Brief” was like “working with the Beatles.”

He is, as Jamie Foxx put it, “someone who is just better than everybody else … when it comes to acting!”

“Even Leonardo DiCaprio is like, ‘I am really frightened of Denzel,’” Foxx added.

The American Film Institute brought out a host of the next generation’s brightest talents to talk about Washington’s impact on them, too.

“Mr. Washington’s arrival was a seismic moment for my generation. You paved the way,” Ali said. “Your influence, your reach transcends race without ever denying it.” 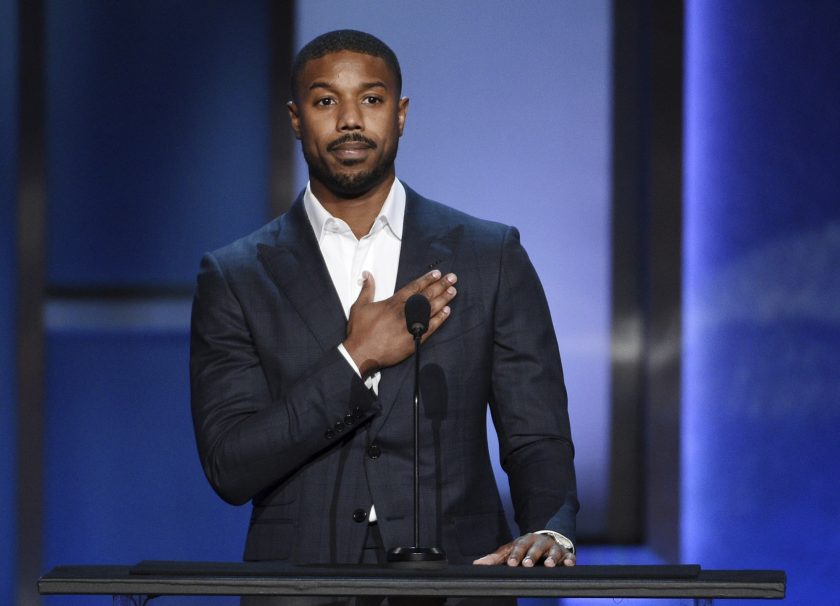 Michael B. Jordan said he was inspired by the story that while filming “Glory,” Washington kept wearing his fake scars in a scene where he had his shirt on. Jordan employed the same technique for his “Black Panther” character.

Chadwick Boseman even went so far as to say, “There is no ‘Black Panther’ without Denzel Washington.” 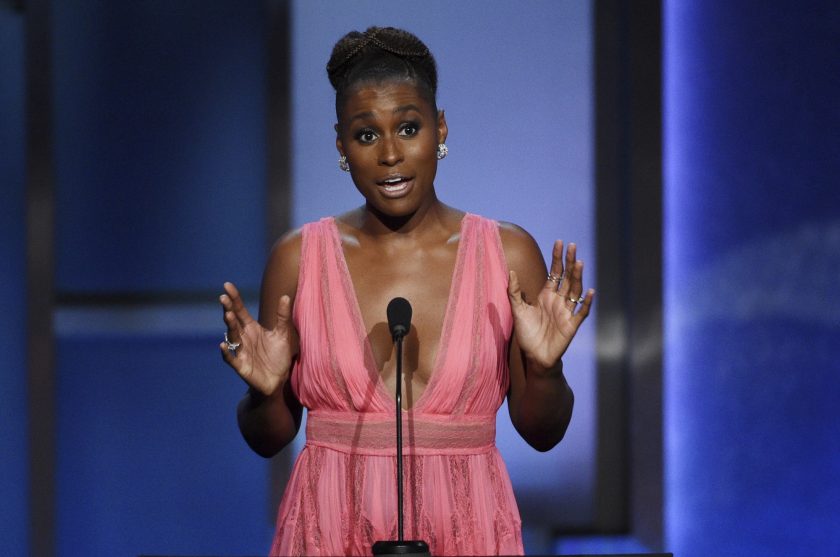 Washington stayed alert and amused throughout the evening, laughing heartily when Jodie Foster said that they were all there to, “kiss your black a–,” and yelling “Let it out, Morgan!” when Freeman took a long pause after announcing with an expletive how jealous he was. He and Lee were as playful as schoolboys during the “hoodwinked and bamboozled” speech from “Malcolm X,” reciting the lines along with the reel, and he accepted a long line of well-wishers during the dinner break.

And when it finally came time for him to speak, in addition to thanking his wife for “40 years of sacrifice and 40 years of forgiveness,” Washington used his moment on stage to talk about God and those who have helped him along the way.

“If nothing else I’m living proof of the power of God,” Washington said. “I like acting. I like making movies … But my love for God is stronger than anything else.”

The 47th AFI Life Achievement Award Gala, put on with the support of Audi, also recognized Matsoukas with the Franklin J. Schaffner Alumni Medal, providing everyone with an early thrill when Beyoncé came out to speak about her friend and collaborator, who directed her “Formation” video among others.

“She is holding up a mirror for people who look like you and me to see ourselves, saying, ‘You are beautiful and your stories matter,’” Beyoncé said. “She stays authentic to her roots and femininity in an industry dominated by men.” 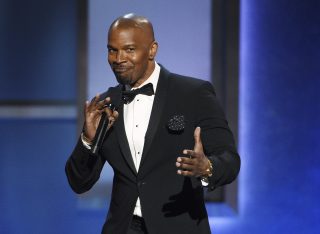 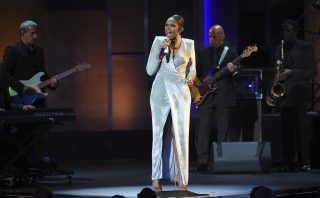 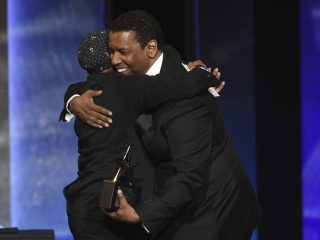 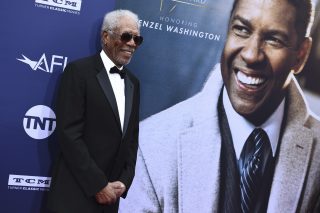 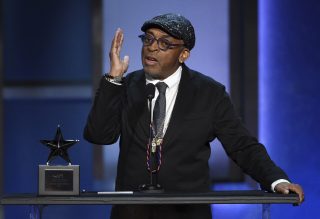 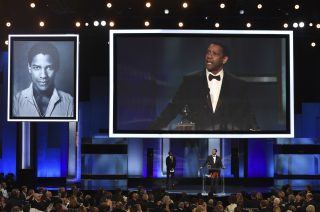 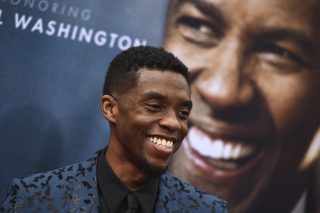 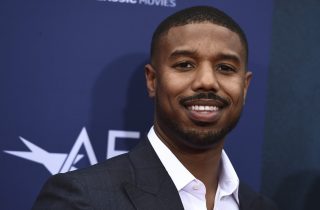 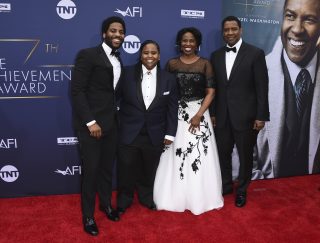