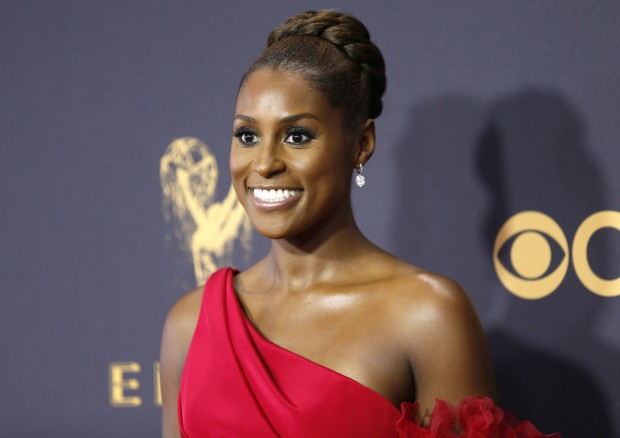 Actress, producer, and director Issa Rae is rumored to be engaged to her longtime boyfriend, Louis Diame. Rae is going from Awkward Black Girl to married black woman before our eyes.

This year is already a busy one for Issa. Starring in the upcoming film Little, with Regina Hall and Marsai Martin, and her recent Essence cover has us all looking to see what she’s gonna bring us next.

Issa Rae’s cover for Essence magazine is stunning! As fans gravitate to the cover, they couldn’t help but noticed a huge ring on her ring finger. She discreetly shows off the ring in numerous shots published from the shoot. She also wore all white cover of the magazine. Could she be subtly hinting at this? What do you think?

While Rae discusses many relationship issues in her TV show, Insecure, she is known to keep her own love life private. She has not announced her engagement to Louis, however many are convinced wedding bells are on the horizon.