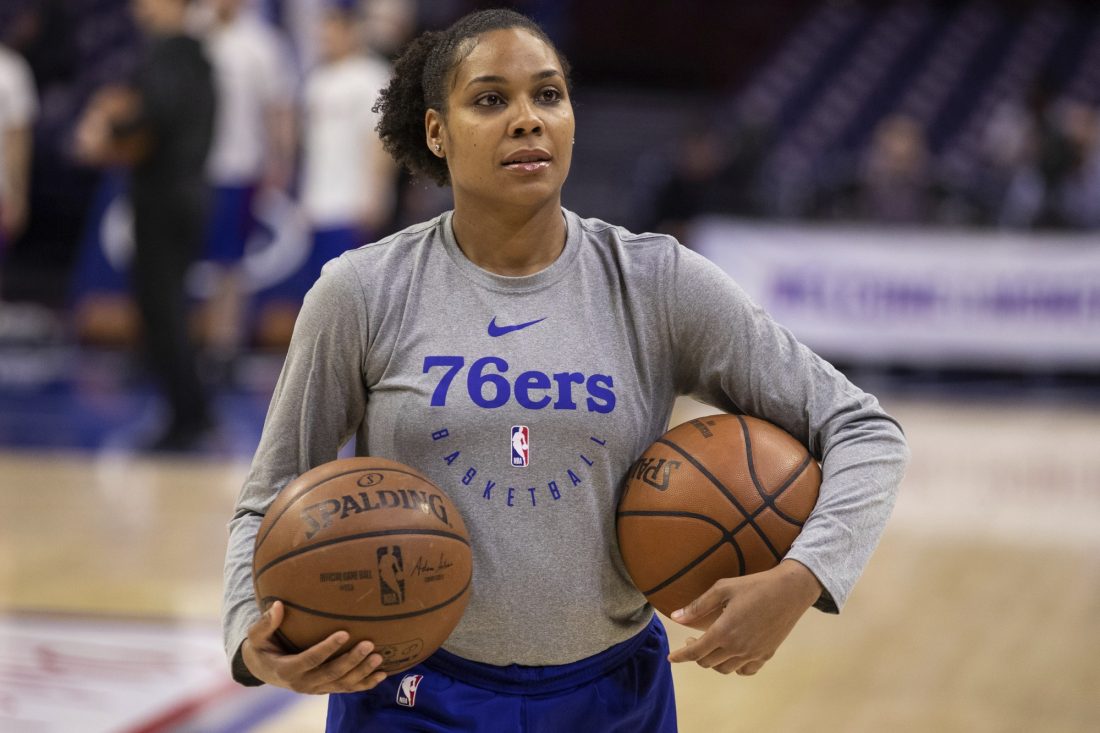 The Philadelphia 76ers hired former WNBA player Lindsey Harding as the team’s assistant coach. This is a record breaking move for the franchise because she will be the first woman to hold that position.

Harding worked her way up through the ranks. First she was a pro scout, then was promoted to player development coach. She is now the NBA’s seventh female assistant coach.

Harding spent last year working for the NBA’s Basketball Operations Associates Program. After the program’s completion, she interviewed with a few NBA teams with aspirations of having a front office and coaching role. “I wanted to get my foot in the door,” she said. According to Harding, the bigger picture included, “On-court coaching opportunities. Other front-office opportunities. Other scouting opportunities.” 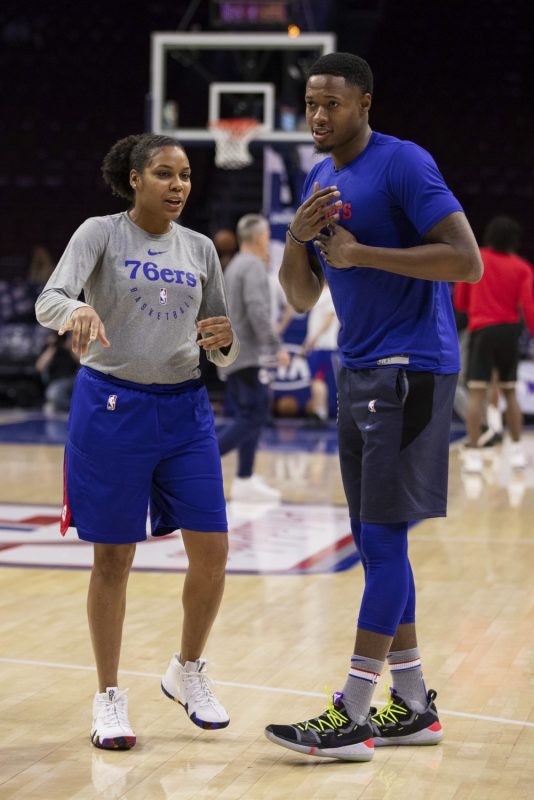 Becky Hammon, and Natalie Nakase are also amongst the several women who transitioned from playing basketball to coaching in the NBA. Hammon, San Antonio’s assistant coach, advised Harding to pursue this career. The two women met four years ago while Harding worked as an assistant on the Toronto Raptors’ summer league coaching staff, while Hammon was the head coach of the Spurs’ summer league team.

I played against Becky for years,” Harding told ESPN. “During this last season, especially working in the front office [program] and going to games, I spent some time talking to her. She was always telling me, ‘You need to come. You need to come. We need more women here.’”

Sixers head coach, Brett Brown, is pleased with Harding’s new contributions to the organization. He told ESPN, “Having graduated from the NBA’s Basketball Operations Associates Program last season, Lindsey is applying the same grit and basketball IQ she used as a player in her move to the front office. We look forward to the work Lindsey will do to help grow our program and further solidify a culture of winning.”

Harding was the WNBA’s 2007 first round draft pick, selected by the Phoenix Mercury. In 2008, she was the second Duke women’s basketball player to have her jersey retired (10).