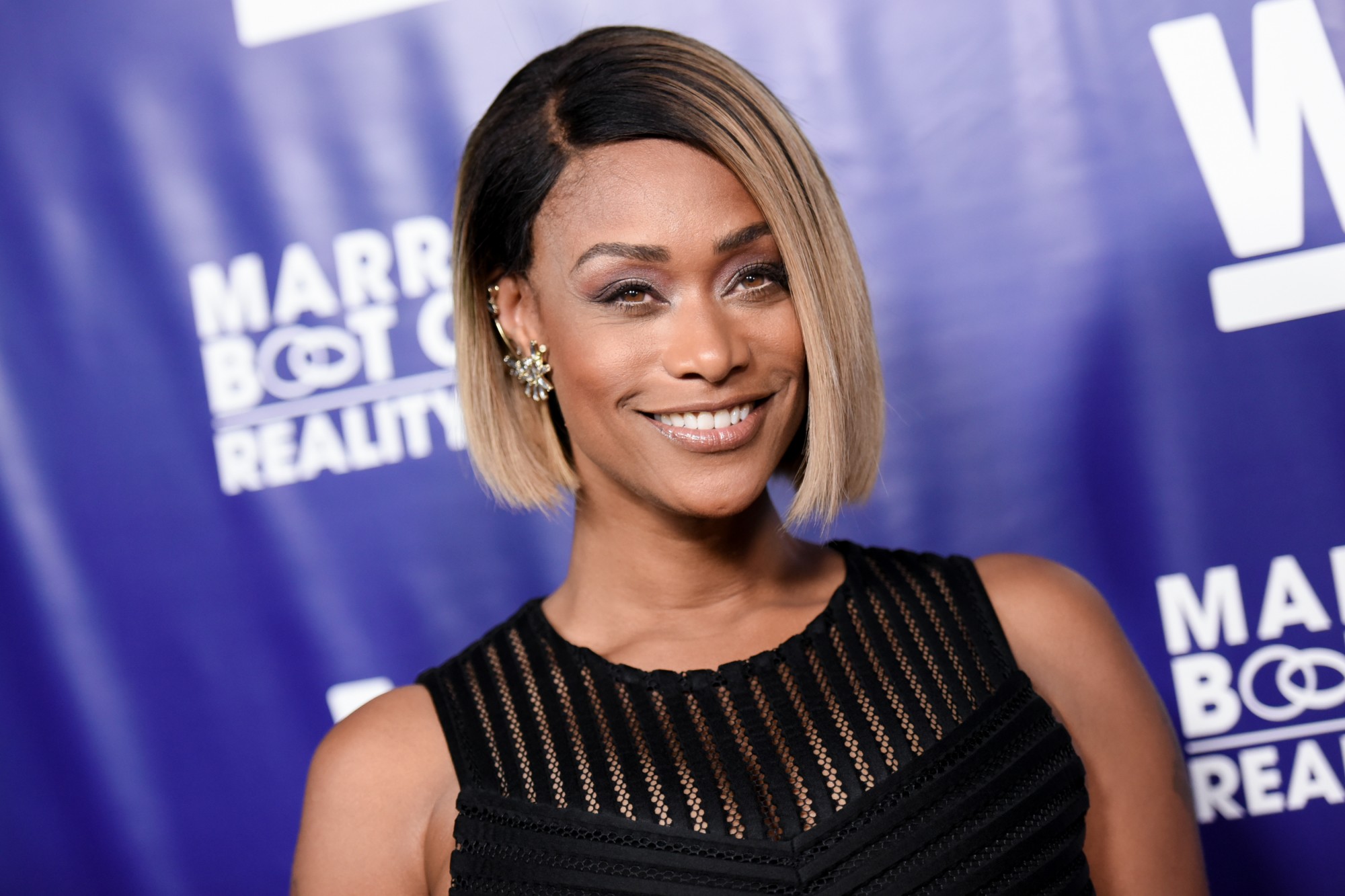 Tami Roman is very open-minded with her marriage. What she offered her husband may shock some as it did The Real hosts, Garcelle Beauvais and Adrienne Bailon Houghton.

A post shared by The Real Talk Show (@therealdaytime)

Roman, The Basketball Wives Star, appeared on the talk show this week revealing how she paused her surrogacy plans with her husband, Reggie Youngblood. Instead, she gave Youngblood the ‘opportunity to find someone else to have a baby with.

Youngblood is an only child and doesn’t have any children, whereas Roman already has two daughters with her ex-husband Kenny Anderson.

During the episode, Roman says,”I feel like I’m at a point where my career is starting to do and reward me for all of my efforts and the time that I’ve been in this business, and a baby for me right now would just not be the thing to do.”

So what I offered him [Reggie] was an opportunity for us to take a break for a year or two and let him go find someone to have a child with. And then when he has his baby, we could get back together,” she continued.

Roman explained that she would “help raise the baby” but didn’t want to have it or retrieve her eggs for the surrogacy process. “So it’s really more for him than it is for me,” when referring to having another child. She also explained that the mother of the child would also be a part of the child’s life, “I believe in co-parenting, I believe that’s a very valuable part of the child’s life if the parents aren’t together. You need to learn how to co-parent. And then I can be there and love the child as if it was my own.”

Some may see this act as selfish or selfless as Beauvais exclaimed. She admits that she really does want him to have children she just can’t be the one that does that for him. Youngblood rejected her proposal for this forward-thinking idea.

“But he said, ‘I don’t want that. I fell in love with you, you’re the woman that I’m going to spend the rest of my life with, and if God put me here and I’m not supposed to have children, then that’s what it is,’ ” she revealed.