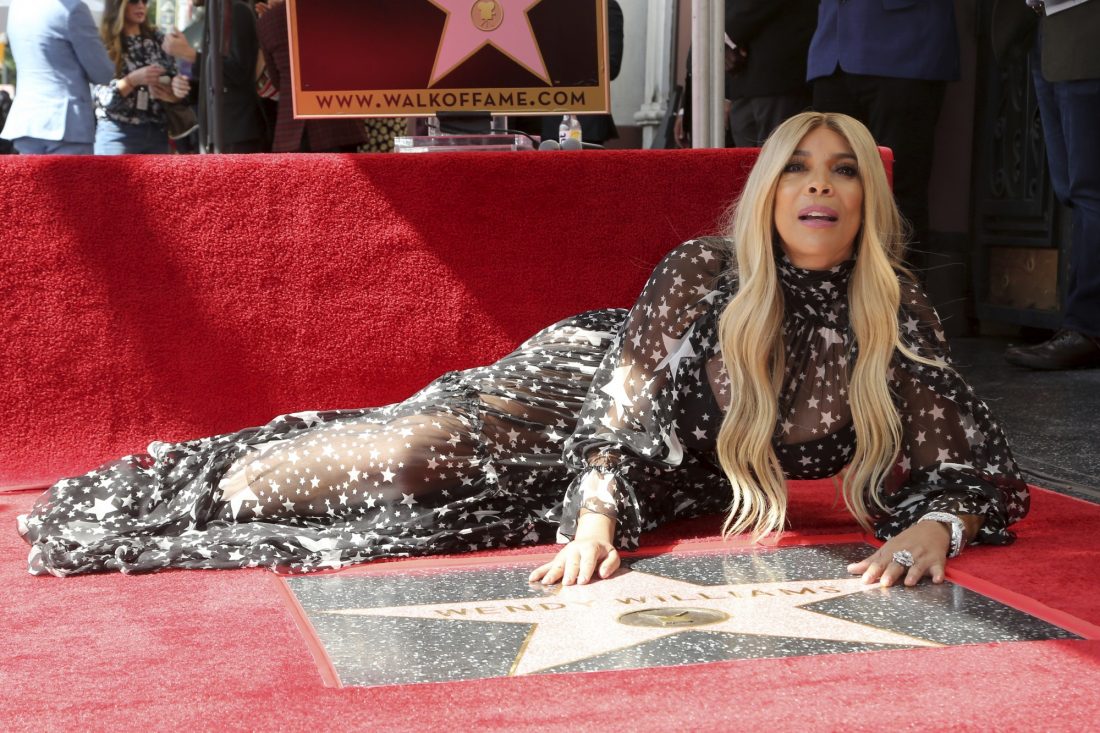 Wendy Williams Honored With Star On Hollywood Walk of Fame

On Thursday, TV star and spokesperson, Wendy Williams, accepted her star on the Hollywood Walk of Fame.

During her acceptance speech, Williams thanked her son and show crew for all of the support and love they had given to to help her make it to this momentous moment.

“He’s always encouraged me to keep it going,” said Williams describing her son to PEOPLE at the ceremony. “And never asks me to pull back from anything that I say or that I wear or anything like that. He’s always been very encouraging.So now, it’s just the two of us against the world.”

Williams also spoke about all of the heartbreak she had to work through this year.

“The elephant in the room is that I’ve been having a very, very tough year. But slowly but surely, I’m climbing out of the pit,” she told the crowd. “And this is one of those monumental days, that, you say, ‘if you don’t believe in yourself, who’s going to believe in you?’”

She continued to say that, as a woman, it is even more difficult to move up in the entertainment industry. But as she stays motivated because she has always known that she has something special and unique to offer to her community.

Williams told PEOPLE, “Everybody kind of squinted. It was just difficult to see the lone black girl on TV,” she told the crowd. “Oprah had just left and that’s all we could think about was the next Oprah. And I’m like, ‘No, I’m no Oprah.’ My spirit can’t sit in and talk about the ASPCA (American Society for the Prevention of Cruelty to Animals) all day. I like to have fun. And 11 years later I still like to have fun. And when I don’t like to have fun, you’ll see those double doors open. I’m still having fun doing this.”

Her star was presented by “king of all radio” Elvis Duran.

After her speech Williams invited her fans to “please report to the dance floor of the star” to celebrate the recognition.