ATLANTA (AP) — A Black man who was pinned down and repeatedly punched by a white Georgia sheriff’s deputy during a traffic stop that was caught on video said that he couldn’t breathe and lost consciousness during his arrest. Roderick Walker told reporters at his lawyer’s office Friday that he feared for his life. The Clayton County Sheriff’s Office has said the deputy seen repeatedly hitting Walker was fired for “excessive use of force.” According to an incident report, Walker was beaten and arrested after sheriff’s deputies pulled over a Jeep Grand Cherokee he was riding in on Sept. 11, citing a broken taillight and a front-seat passenger not wearing a seatbelt. Walker was released on bond Thursday. 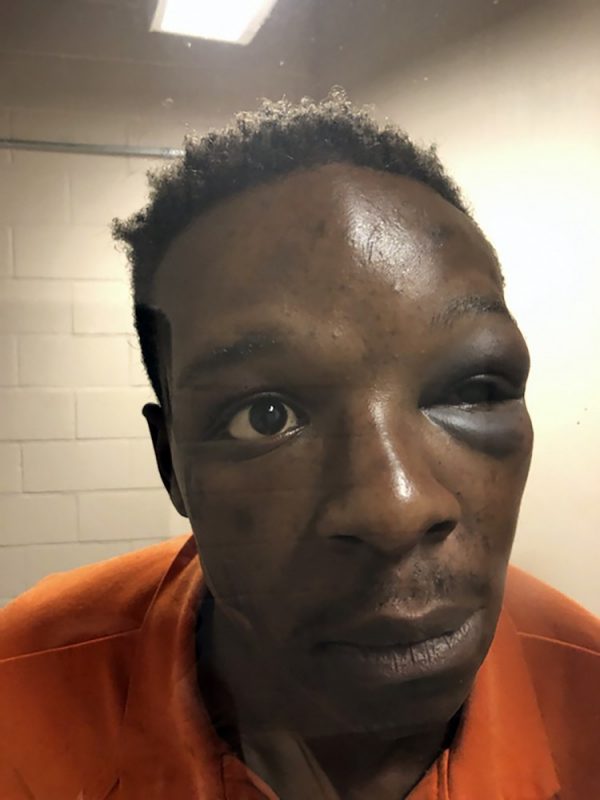