SURFSIDE, Fla. (AP) — Rescue efforts at the site of a partially collapsed Florida condominium building have been halted out of concern about the stability of the remaining structure. Officials say crews noticed widening cracks and up to a foot of movement in a large column early Thursday. The stoppage that began shortly after 2 a.m. threatened to keep search teams off the rubble pile for an unknown period and dim hopes for finding anyone alive in the debris a week after the tower came down. The rescue operations were called off on the same day that President Joe Biden and first lady Jill Biden visited the devastated community. 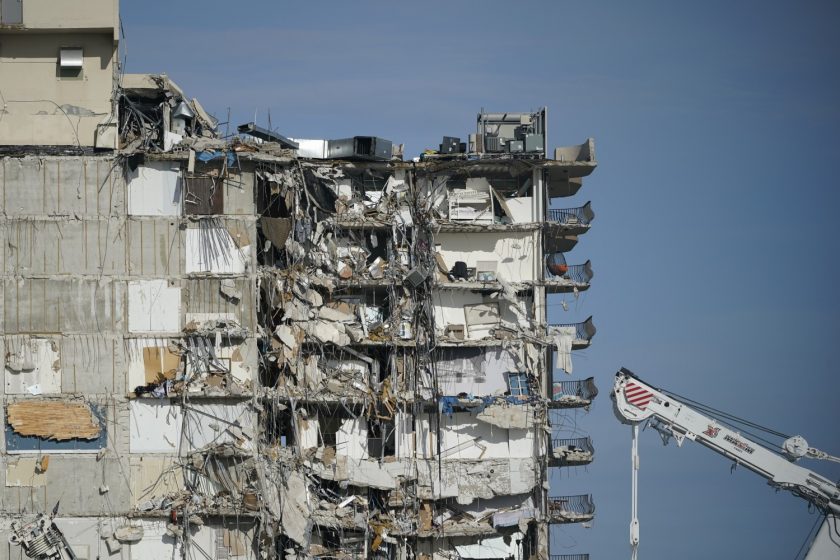