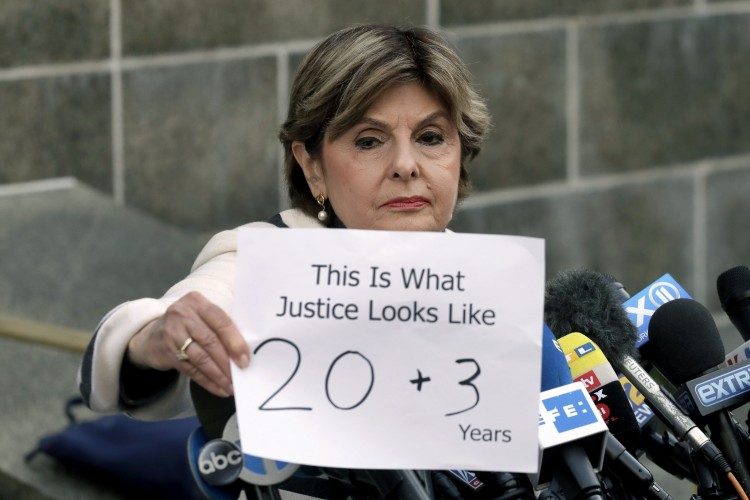 Film producer Harvey Weinstein has reportedly been sentenced to 23 years in prison by the Manhattan Supreme Court for rape and sexual assault. According to CNBC, he was found guilty of committing a first-degree criminal sexual act as well as third-degree rape. He was acquitted of two counts of predatory sexual assault and one count of first-degree rape. This will most likely serve as an effective life sentence because Weinstein’s health has already been deteriorating. If he can survive throughout the sentence, he will be given five years of probation after his release. His sentence will be served in an upstate New York prison.

Throughout the trial and sentencing hearing, several of his accusers spoke, including Mimi Haleyi and Jessica Mann, whose respective encounters with Weinstein landed him two convictions.

A group of Weinstein’s accusers named the Silence Breakers released a statement following his sentencing hearing: “Harvey Weinstein’s legacy will always be that he’s a convicted rapist. He is going to jail – but no amount of jail time will repair the lives he ruined, the careers he destroyed, or the damage he has caused.” According to The Wrap, the group, which includes prominent women in the entertainment such as Ashley Judd, Rose McGowan, Rosanna Arquette, Alyssa Milano, Mira Sorvino, and more, believe that justice has not been properly served.

Allegations about Weinstein’s sexual predatory behavior emerged in late 2017 with the #MeToo movement on social media. The hashtag was created years prior by activist Tarana Burke and was initially dedicated to low-income women and girls of color harmed by sexual assault. However, the hashtag became a phenomenon when numerous women tweeted the hashtag after actress Alyssa Milano. In 2017, Milano tweeted “If you’ve been sexually harassed or assaulted write ‘me too’ as a reply to this tweet”:

If you’ve been sexually harassed or assaulted write ‘me too’ as a reply to this tweet. pic.twitter.com/k2oeCiUf9n

Following this exchange between thousands of women about the terrors of sexual harassment and assault, a focus on Weinstein was created. Numerous women began to come forth in solidarity to enlighten the public about Weinstein’s secret reputation.

According to The Guardian, actress Gwyneth Paltrow was one of the first famous names to accuse Weinstein of harassment. Her story and other numerous stories from his accusers have been hidden for years due to his prominent reputation and position in Hollywood, as well as the fear that he can destroy careers. The Me Too movement stripped women of that fear, and justice has finally been able to be served after more then 20 years.