(Washington, DC) — Ketanji Brown Jackson is the newest member of the U.S. Supreme Court. Jackson was sworn-in during a ceremony at the Supreme Court and is the first Black woman to ever serve on the nation’s highest court. Her swearing-in coincided with the formal retirement of veteran Justice Stephen Breyer. There will also be a formal investiture ceremony when the Court reconvenes in the fall. 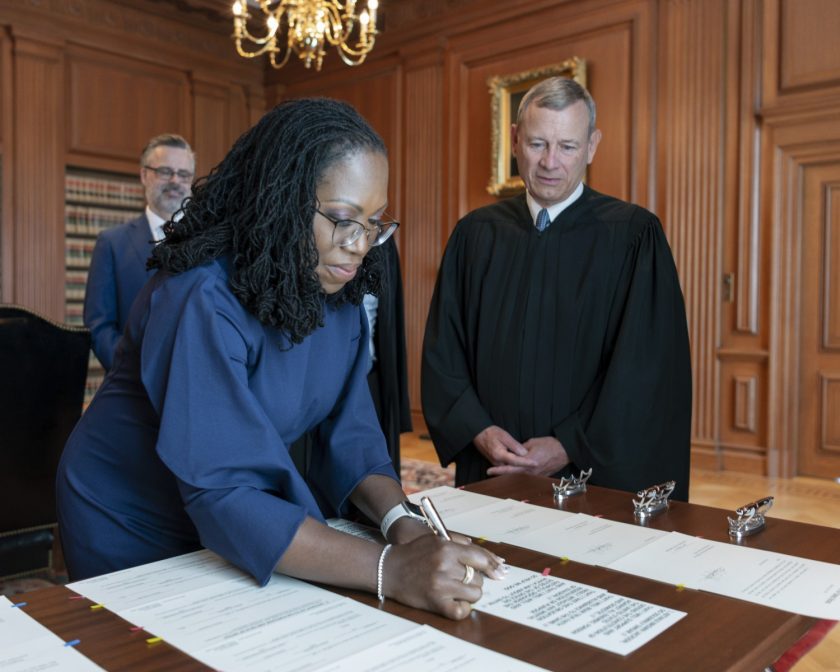 Chief Justice John Roberts administered the constitutional oath of office while Breyer administered the judicial oath. Jackson was joined by members of her family during the brief ceremony. Jackson is 51 while Breyer is 83. He has served on the Supreme Court since 1994 after being nominated by President Bill Clinton.