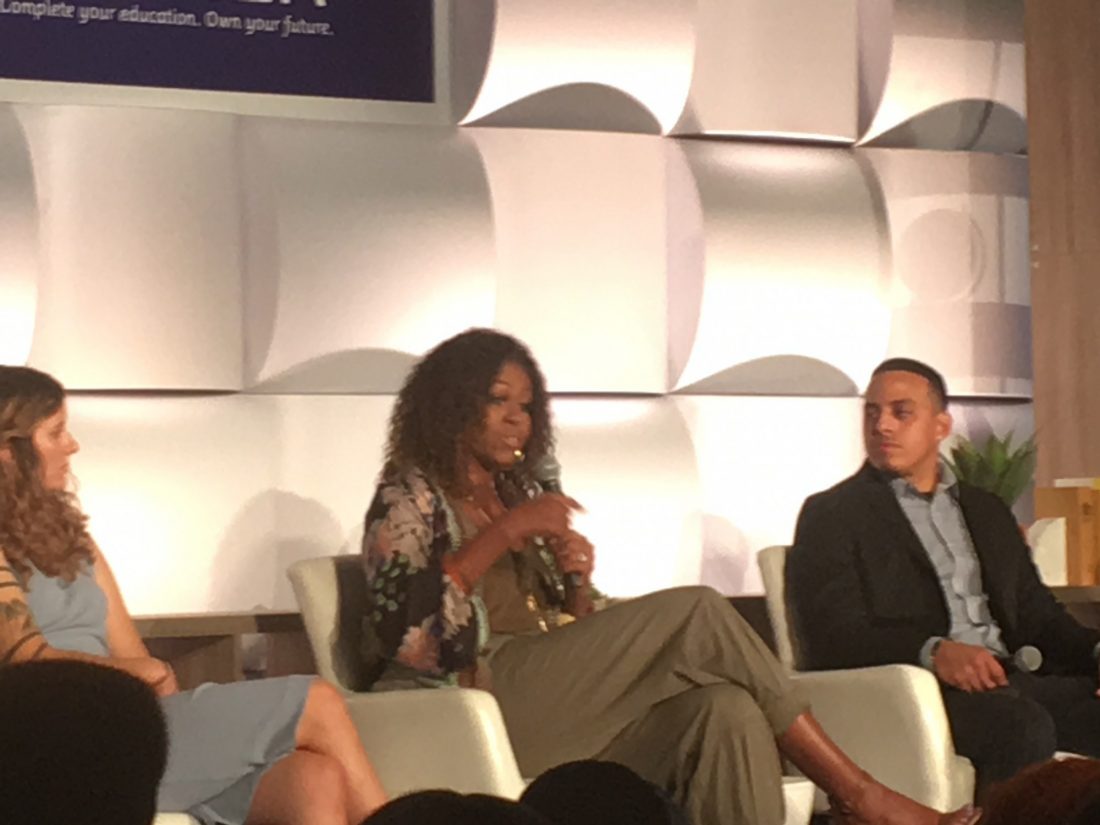 Michelle Obama Tells Students to Tough It Out

Washington, D.C. (Tuesday, July 23, 2019) – Former First Lady Michelle Obama brought her campaign of  “Beating the Odds” to Howard University.  It’s an initiative she started back in 2014 while at the White House to inspire students to go to and complete higher education.

Mrs. Obama spoke to dozens of high school students inside of Howard’s School of Business, sharing her own story of being a first time college student and how she had to overcome many transitional fears.  “The people  in my life who were afraid of that insecurity during transition.  Those are the people who were stuck.  They were stuck where they are because they did not have the courage to stick through those first feelings and first emotions of being scared,” said Mrs. Obama.

Dozens of students sat in sheer quite as Mrs. Obama and a panel of recent college graduates explained how they were able to navigate through school.  From student loans to tackling issues like overeating and depression, the panel stressed the importance of having a network of friends, family, and advisors to reach out to during those tough times. 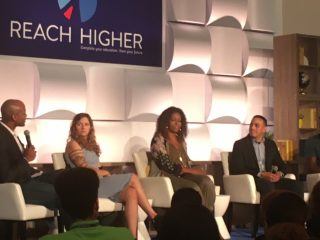 The Beating the Odds Summit, part of Reach Higher,  is a celebration of students’ hard work and determination to not only graduate from high school, but to make the commitment to complete college.

“I had to learn how to transition throughout my life because I didn’t quit when it got hard. That’s how you make it to the top.” added Obama. 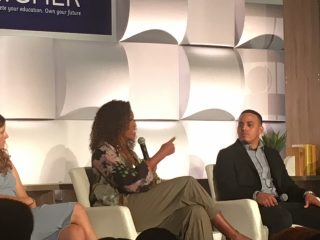 Recent reports show as many as 20% of students who make a concrete commitment to go to college never make it.  Financial burdens, fear of leaving home, and enrollment requirements are often factors that keep students from carrying out that commitment.

The Beating the Odds Summit, a daylong event, is designed to address those issues often referred as the so-called Summer Melt.