MINNEAPOLIS (AP) — More than 3,000 National Guard soldiers, along with police officers, sheriffs deputies and other law enforcement personnel have flooded Minneapolis with a verdict looming in the trial of Derek Chauvin, the former police officer charged with murder in the death last year of George Floyd. But in the city that has come to epitomize America’s debate over police killings, there are places where Minneapolis can feel almost like a police state.  Concrete barriers, chain-link fences and barbed wire now ring parts of downtown Minneapolis, so that authorities can quickly close off the courthouse where the trial is being held if trouble breaks out. It’s become normal to pass convoys of desert-tan armored vehicles on highways, or stumble across armed soldiers at intersections. 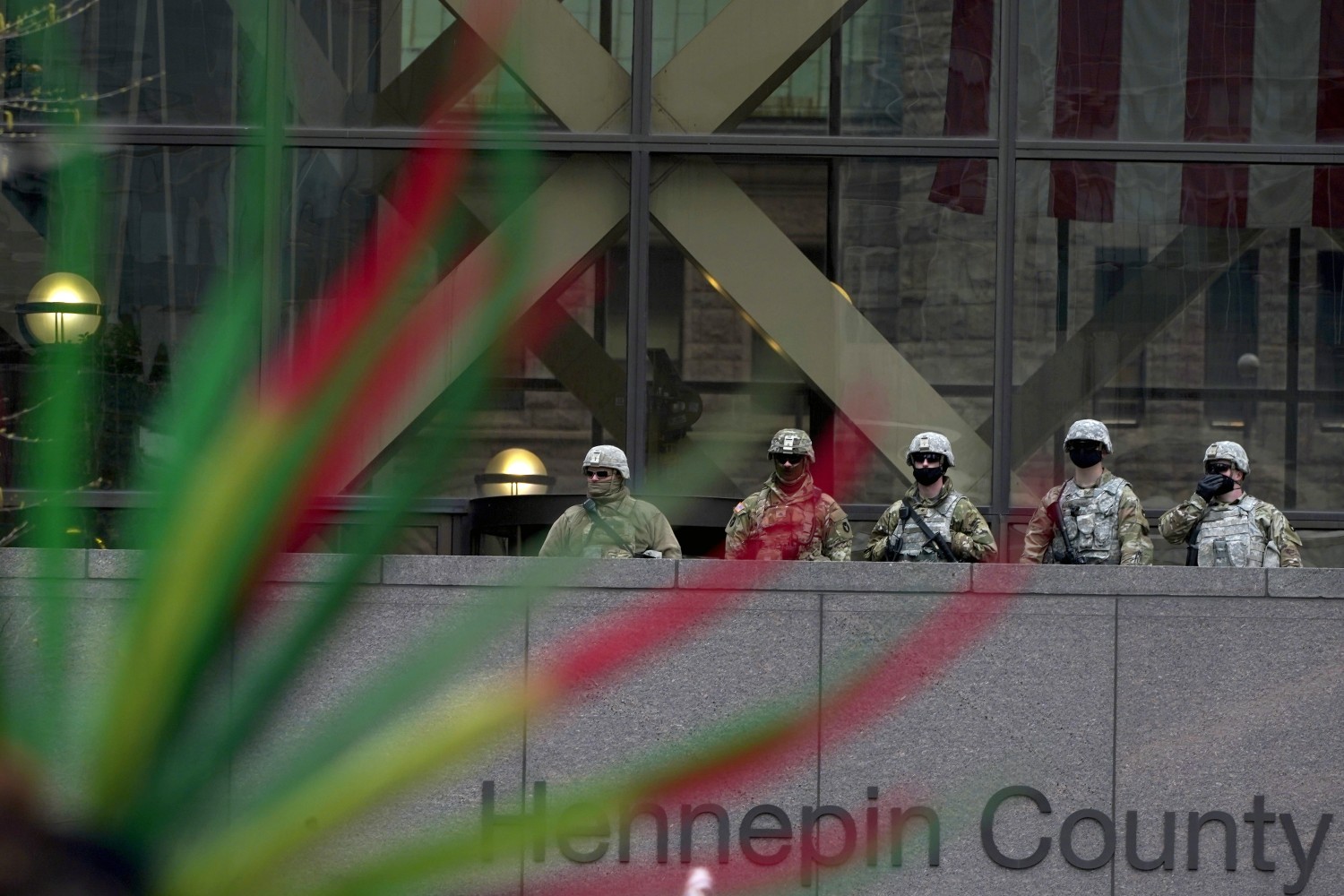