OKLAHOMA CITY (AP) — At least 10 bodies have been found in an unmarked mass grave during a search at a Tulsa cemetery for the remains of victims of the 1921 Tulsa Race Massacre. Oklahoma state archaeologist Kary Stackelbeck says the bodies were found Wednesday in 10 coffins in Oaklawn Cemetery. Stackelbeck says she cannot yet say that the remains are massacre victims, but they were found near an area where funeral home records show victims were buried. The 1921 massacre left an estimated 300 mostly Black Tulsa residents dead and 800 more wounded. 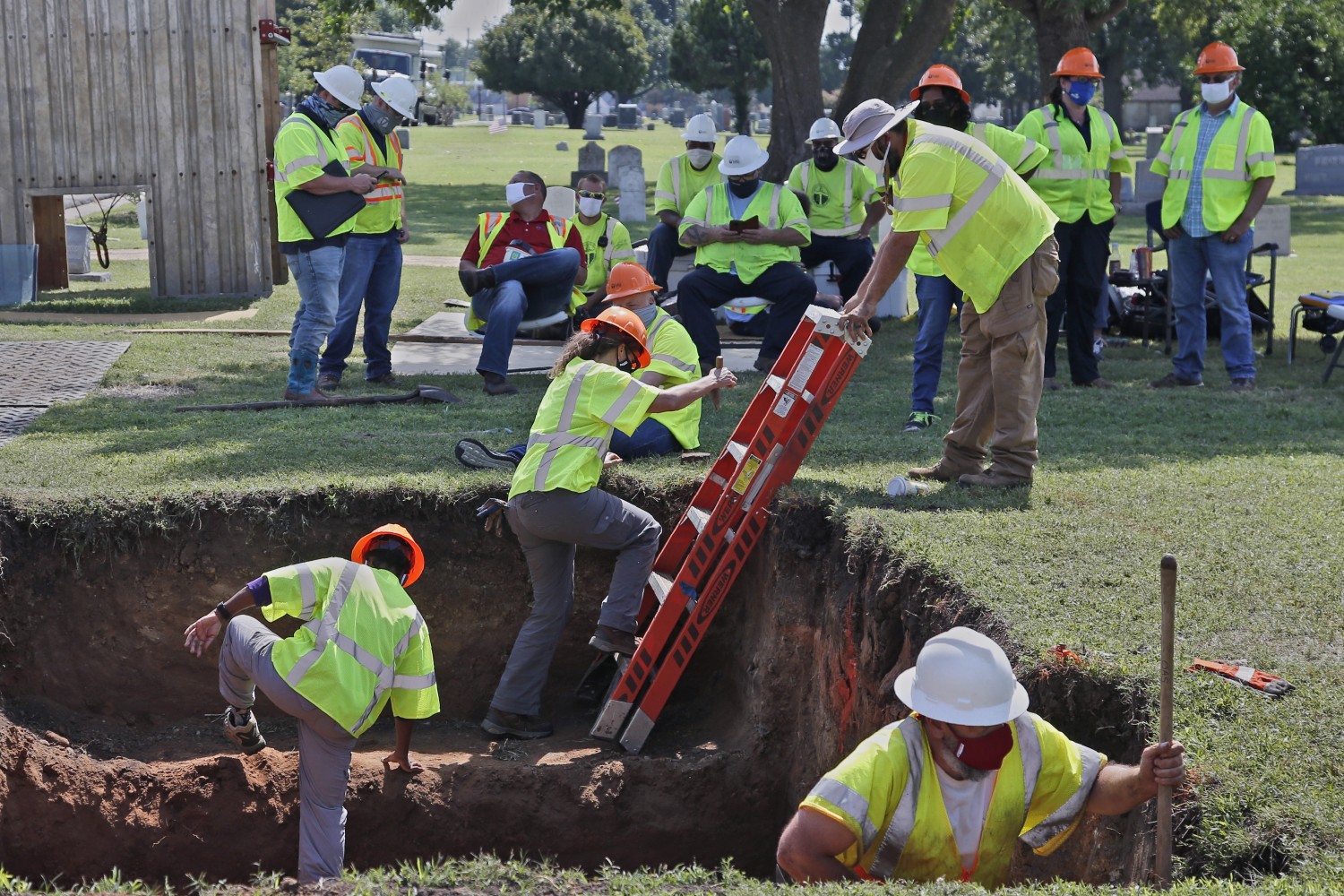