PHILADELPHIA (AP) — Clean up in Philadelphia gets underway after more than a dozen people were arrested and more than 30 officers injured in protests stemming from the police shooting death of a Black man in Philadelphia. Officials said Tuesday that 27-year-old Walter Wallace refused police orders to drop a knife in the confrontation captured on video. Wallace was shot Monday afternoon. Wallace’s father told The Philadelphia Inquirer that his son appeared to have been shot 10 times and had struggled with his mental health. He wonders why police didn’t use a stun gun. Police say officers fired multiple times but wouldn’t say how many times Wallace had been hit. 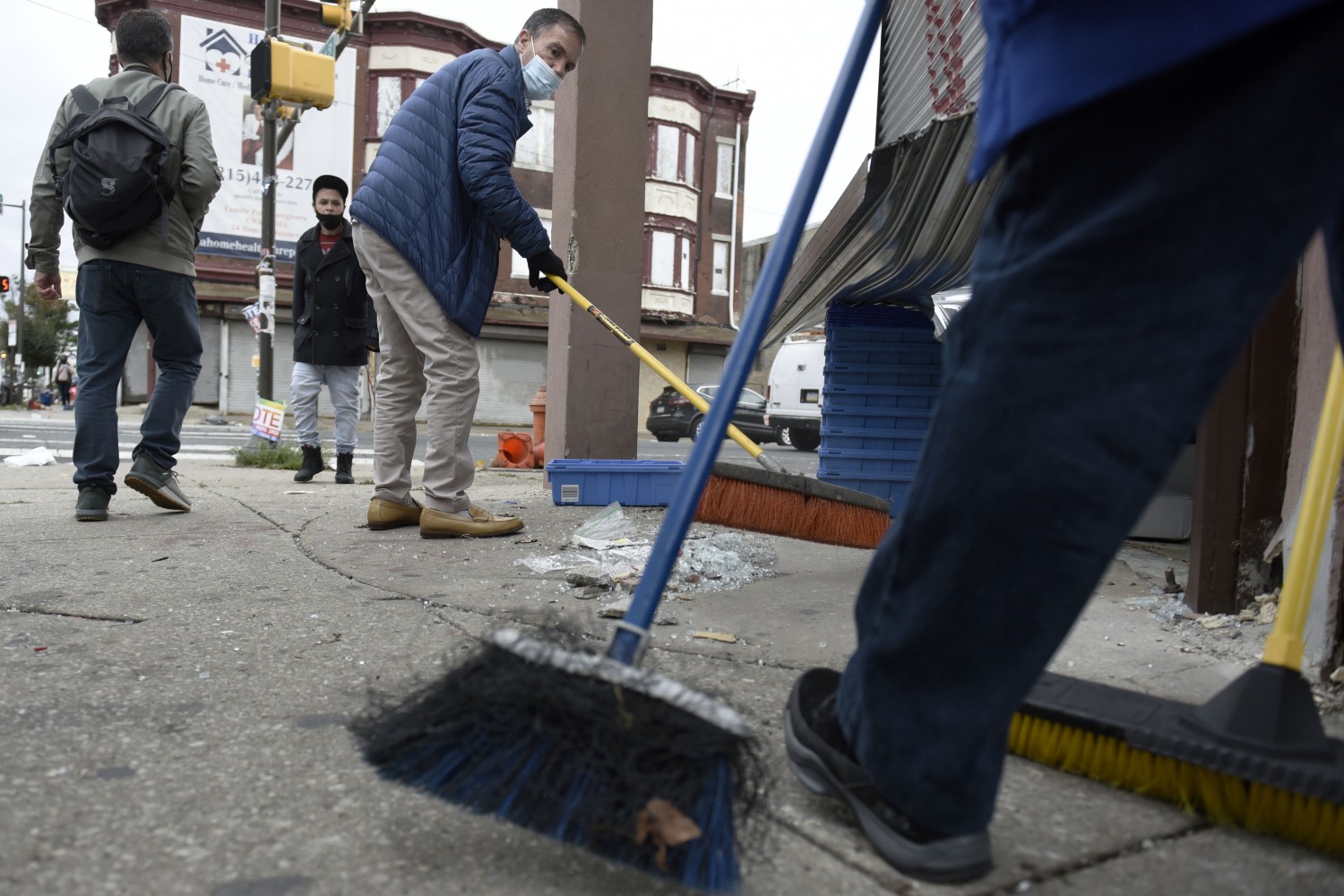