(Philadelphia, PA) — The Eagles are putting their undefeated record on the line in prime-time. Philadelphia hosts the Commanders for a Monday night showdown at Lincoln Financial Field. The Eagles lead the NFL with a perfect 8-and-oh record and come off a 29-17 win over the Texans in Week Nine. Cornerback C.J. Gardner-Johnson had an interception in the victory and now leads the league with five on the season. Washington is looking to bounce back from a close loss to the Vikings last weekend. The Commanders had a three-game winning streak snapped and dropped to 4-and-5. Taylor Heinicke has thrown five touchdowns and three picks in three games since taking over as starter. 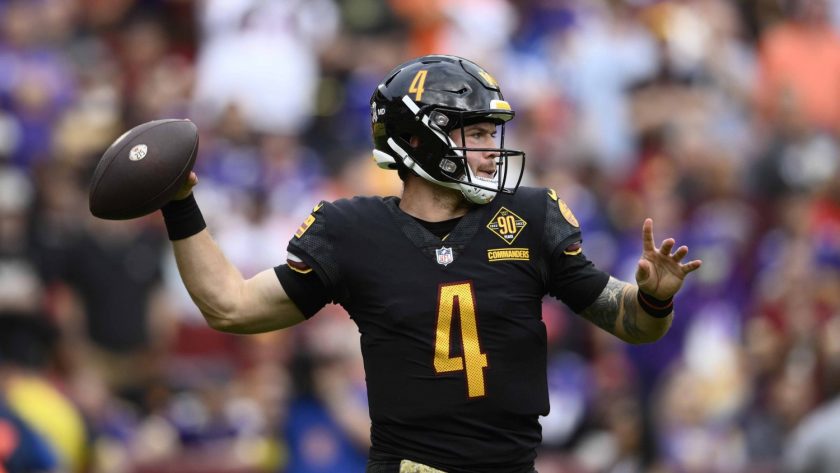