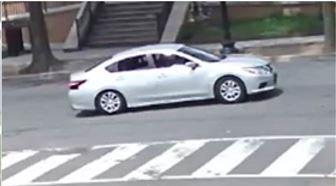 Metropolitan Police were called to a number of separate crime scenes over the Memorial Day Weekend in the District. At least 20 people were shot or stabbed across the city.

Just after midnight two men were stabbed on Birney Placed in Southeast. One of the victims died from his injuries. The victim’s names have not been released.

On Sunday a shooting in the Congress Height’s area left one teen dead, three women and a minor injured. The victim has been identified as stand out Somerset Prep Public Charter School Student Maurice Smith. The shooting happened in the 3500 block of Wheeler Road in Southeast.

Surveillance video captured images of the vehicle used in the crime. It was a grey or silver late model 4-door vehicle. Police do not believe Scott was not the intended target.

Grief Counselors will be on hand at Somerset Prep today for those who need help dealing with the sudden and tragic loss. Classes will end a little early today for kids to talk with counselors. On June 8th the school will hold a candlelight vigil for the beloved student.

No arrests have been made in any of the weekend shootings.