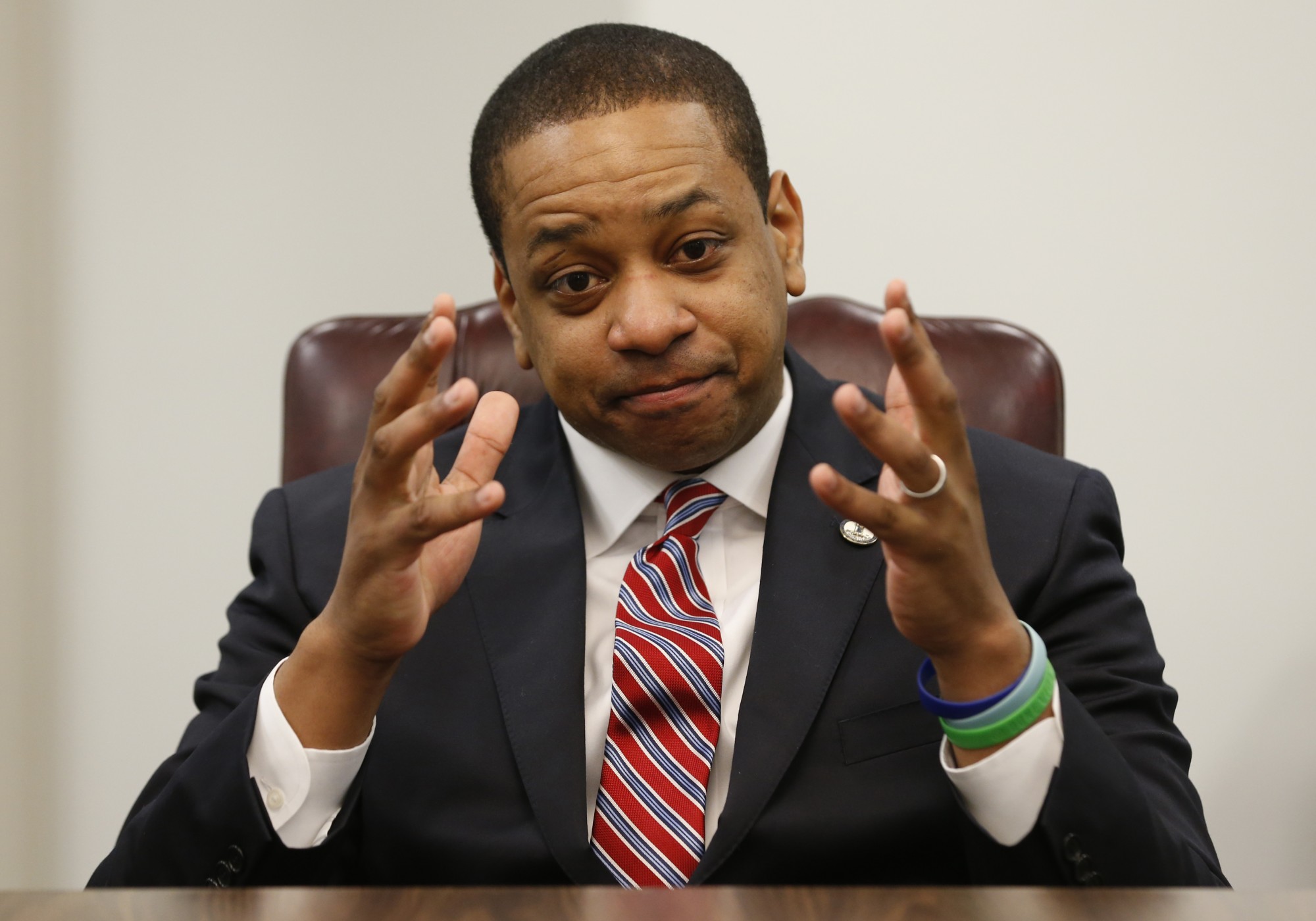 RICHMOND, Va. (AP) — Virginia Lt. Gov. Justin Fairfax filed a $400 million lawsuit Thursday against CBS, alleging the company defamed him when it broadcast interviews with two women he says have falsely accused him of sexual assault.
The lawsuit filed in federal court Thursday alleges nobody at the company investigated or adequately fact-checked the allegations made by Meredith Watson or Vanessa Tyson before airing them. It says CBS’ actions have damaged Fairfax’s reputation and “once promising career and political prospects.”
“Fairfax brings this action to restore his reputation and clear his name, ensure the truth prevails, stop the weaponization of false allegations of sexual assault against him, and vindicate his rights under civil law,” the lawsuit says.
CBS stands by its reporting and will “vigorously” defend the lawsuit, the company said in an emailed statement.
Fairfax, previously considered a rising star of the state Democratic Party, has faced calls to step down from his part-time government job. This summer, he resigned from the law firm where he had worked.
Tyson says Fairfax forced her to perform oral sex in 2004. Watson says Fairfax raped her in 2000 when both were students at Duke University.
Fairfax has adamantly denied their allegations, saying the encounters were consensual and that the women’s actions were politically motived.
Tyson and Watson’s allegations came to light at a moment when Fairfax seemed poised to ascend to the governorship. Virginia Gov. Ralph Northam was facing a crisis after a racist photo showing a person in blackface and another in a Ku Klux Klan costume was found on his medical school yearbook page.
The lawsuit says CBS amplified the women’s “intentionally fabricated, false, and politically-motivated statements” without thoroughly investigating. It also alleges that a CBS attorney who was a Duke classmate of Watson and Fairfax “had information all along that Fairfax did not rape or sexually assault Watson.”
An attorney for Watson said in a statement, “We look forward to everyone testifying under oath, now that this matter is in court.”
Attorneys for Tyson said she stands by the statements she made in the interview with Gayle King.
“This lawsuit appears to be yet another desperate stunt by Mr. Fairfax to preserve his political career at the expense of survivors of sexual assault,” the attorneys, Debra Katz and Lisa Banks, said in a statement.
Fairfax’s lawsuit suggests CBS was trying to “align itself on the side of perceived victims” because of sexual misconduct allegations against several high-profile CBS employees, including former CEO Leslie Moonves, who was ousted last September.
“In light of its need to improve its public image and put these incidents in its rearview mirror by currying favor as a media outlet for accusations against public figures, the network sought to visibly align itself with alleged victims of sexual misconduct and, therefore, had a strong incentive to hype and air the false allegations by Watson and Tyson against Fairfax,” the lawsuit says.
CBS’ actions have damaged Fairfax’s “extraordinarily successful” career in law and public service, the lawsuit claims. It says he had “little choice” but to resign from a partnership at a private law firm where he would have earned “millions of dollars” over the years.
As lieutenant governor, Fairfax presides over the state Senate in a part-time role that pays around $36,000 a year.
Fairfax’s wife and young children have also suffered “emotional trauma, public ridicule, threats to their safety, and invasions of privacy,” the lawsuit says.