(New York, NY) — The mayors of New York City and Washington DC are calling on the homeless to seek shelter following random shootings of the homeless. Authorities suspect a single gunman is responsible for shooting five homeless people sleeping on the streets of New York and D.C. over the last few weeks, killing two of them. The mayors of the cities expressed confidence that they’ll get the killer locked up but are urging homeless to get off the street. 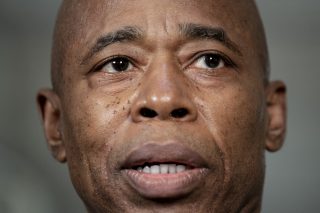