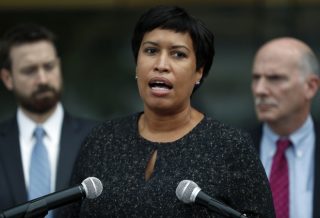 The person in charge of auditing government programs, Kathleen Patterson does not agree with Mayor Muriel Bowsers budget proposal for the city.

Patterson says the plan is “not fiscally responsible”. She went on to say that it would place the District on an unsustainable track long term. Patterson noted that the budget would be balanced with the increased taxes but its not something that she believes can be maintained year after year.

The Bowser administration released a statement that reads in part: “The comments by Council’s auditors and $2 will get you a ride on the Metrobus. But thanks to the Mayor’s Fair Shot budget proposal, you can save yourself reading the Council’s auditor’s comments and ride Circulator free forever.”

Some say the Mayor has not set aside enough money for the homeless, improving public housing and educational resources in low-income area’s.

Hundreds of students from Charlottesville High School walked out of class yesterday. The walkout followed the school being closed for two days because of racial threats made on various social media outlets that prompted the school system to cancel all classes. Led by members of the Black Student Union students walked in protest to the threats and they called on racial equality from the school system and leaders.

Zyahna Bryant the President of the Black Student Union said black and white are treated differently at the school from the types of classes that they are put into the disciplinary actions taken against them.

Bryant list 10 demands which include the school system denouncing racism, employing more black educators and changing the current student discipline policies. A spokesperson for the school system said some in the community have raised the same concerns and they are working on addressing them. 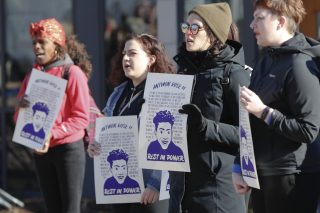 The impacts of the police involved shooting death of unarmed 17-year-old Antwon Rose promoted hundreds of students in Pittsburgh, Pennsylvania to walk out of school.

The students came from a number of schools and they walked to the Allegheny County Courthouse to show their displeasure with a jury that voted “not guilty” in the case of the white police officer that shot the honor student in the back as he ran during a traffic stop. The students chanted “Black Lives Matter and “three shots in the back”. Officials from the Pittsburgh School System released a statement in support of students rights to protest but stating they did not want students leaving school to do so.