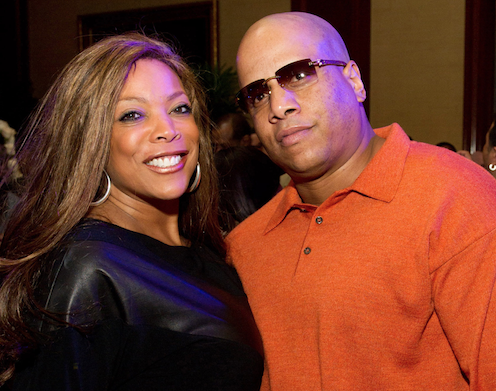 According to Bossip, Wendy Williams‘ estranged husband Kevin Hunter is moving “to the left, to the left” but not without $10 million dollars.

In regards to the rumors of Hunter being fired as a executive producer on The Wendy Williams show, a source told Bossip that the decision to step down was mutual. His dismissal resulted in some big bucks, in the eight figures range.

Hunter has been Williams’ manager and EP for 10 years since the show’s debut. He recently apologized to the daytime talk show host for his wrongdoing, but to wasn’t enough to keep him in the circle.

In the midst of all her husband’s drama, Williams has been trying to move on from the drama and rekindle old friendships.

With all her success with her production company, $10 million dollars is most likely chump change. Wendy seems very unbothered by it all.