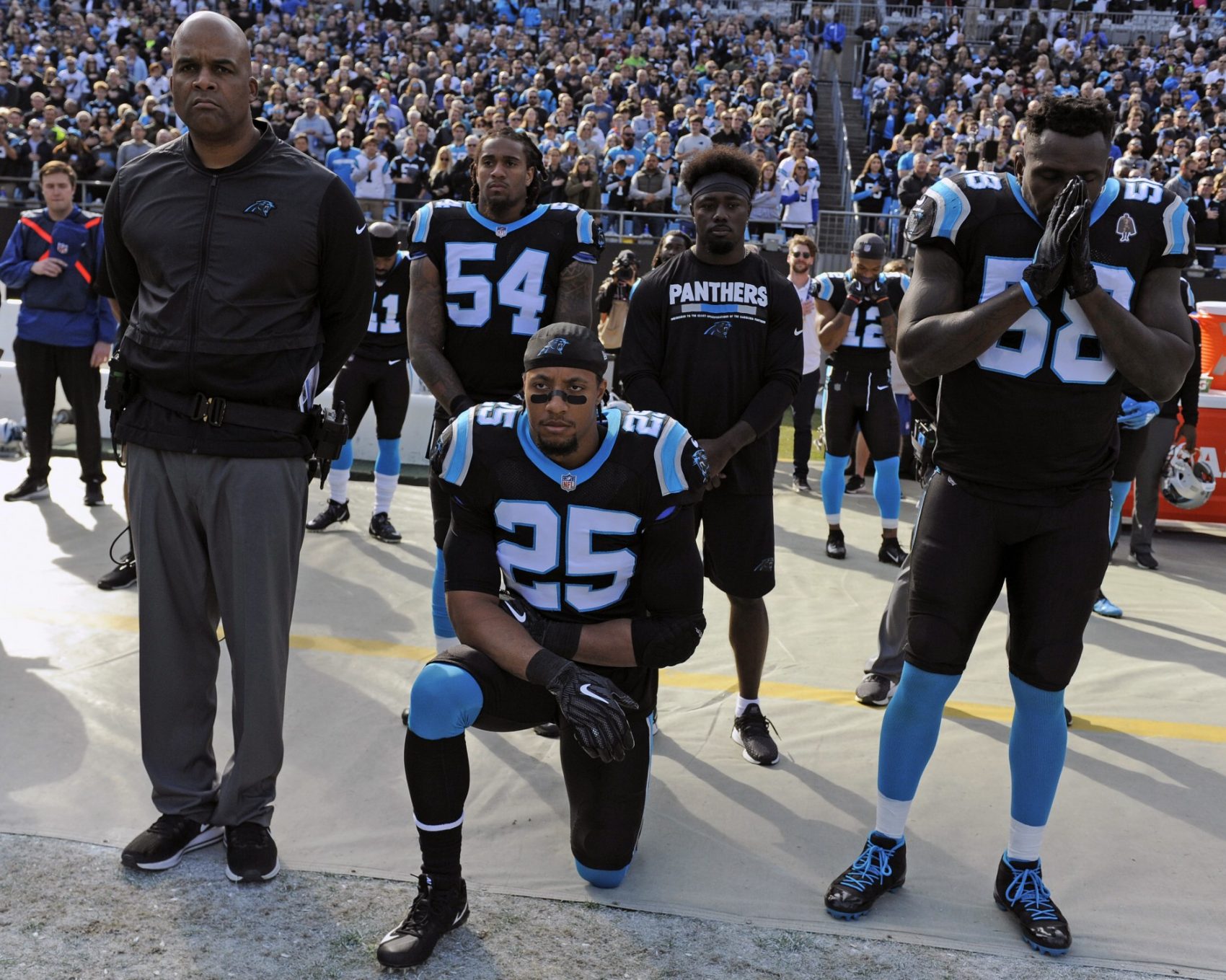 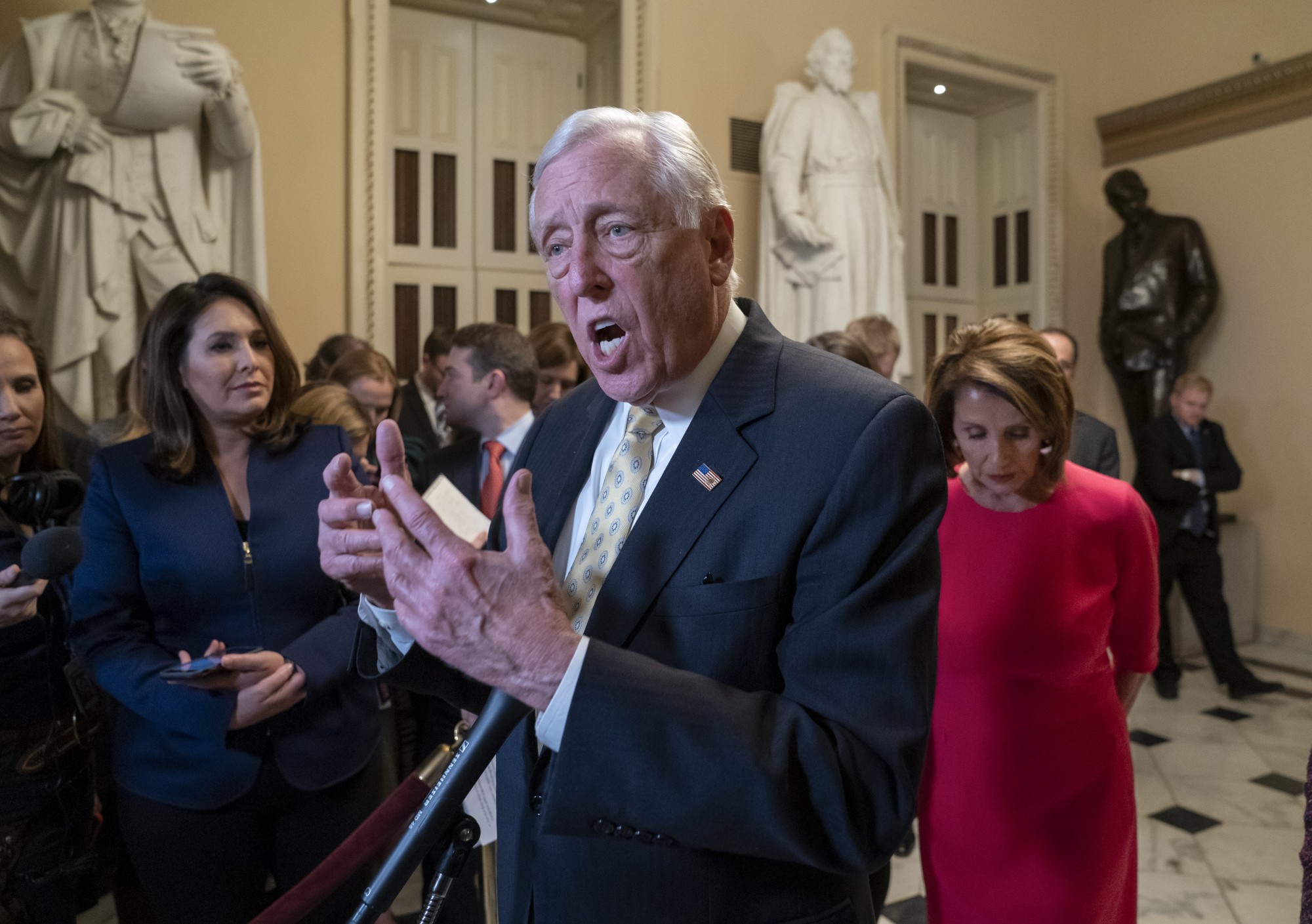 (Washington, DC) — Democratic lawmakers and union members representing federal workers are asking Senate Republicans to take up legislation to reopen the government. House Majority Leader Steny Hoyer and House members from Maryland and Virginia stood in solidarity with federal union members outside the Capitol today, demanding President Trump and Republicans move to end the shutdown so federal workers can be paid. Federal employees simply asked, “who wants to work for a government that won’t pay them?” Hoyer said the House will begin votes today to fund the government. Congressional leaders and President Trump are expected to get together today to try to find common ground to end the shutdown.

CHARLOTTE, N.C.  The NFL and the NFL Players Association say outspoken Eric Reid was not singled out with excessive drug tests.
The joint statement released Wednesday said an independent administrator found Reid received the “normal” number of drug tests this season. The statement said, “there is no evidence of targeting or any other impropriety with respect to his selection for testing.”
Reid has said he believes he was repeatedly tested because of his pending lawsuit against the league.
The Carolina Panthers safety said in December he had been tested seven times by the NFL. Reid said the league was targeting him because of the ongoing collusion case against the NFL in which he alleged team owners conspired to keep him out of the league because of his decision to kneel alongside former 49ers teammate Colin Kaepernick during the national anthem to protest racial and social injustice.
However, a person familiar with the situation told The Associated Press on Wednesday that Reid was not tested as many times as Reid said he was. The person did not say the exact number of times Reid was tested. The person spoke on condition of anonymity because of confidentiality of the case.
“We take any claim questioning the integrity of our collectively bargained performance enhancing drug policy seriously,” the joint statement from the NFL and the Players Association read.
The statement said an independent administrator was asked to review the policy and produce a report on Reid’s claims of targeting. A copy of this report, which contains personal and confidential testing information, was recently provided to Reid.
“We will not breach any player’s confidentiality, but can confirm that the report documents the dates he was randomly selected for testing and the actual dates of the drug tests,” the statement said. “The report also demonstrates that Mr. Reid’s tests were randomly generated via computer algorithm and that his selection for testing was normal when compared with the number of tests players were randomly selected for throughout the league during the time that he was on an active roster.”
Reid was not immediately available for comment.
He joined the Panthers on Sept. 27 as a free agent.
Because of when he joined the league he was immediately subject to two drugs tests — one for performance enhancing drugs and another for substance abuse, per league policy.
However, Reid claimed he was tested an additional six times over the next 11 weeks, which would be high above the league norm. Most players say they are subject to testing about two or three times per year over the course of a 17-week regular season.
While Reid said in December “I’m not surprised” by the number of the drug tests, his coaches and teammates began to grow a little skeptical of the amount of tests.
Panthers coach Ron Rivera quipped at his news conference in December that “if my name came up that many times I would buy a lottery ticket.”
And Panthers wide receiver Torrey Smith said the tests were “very excessive.”
Reid continued to protest with the Panthers by kneeling during the national anthem this season.
Reid was also fined four times by the NFL this season for illegal hits, costing him more than $50,000. He appealed all of the hits and one of them was overturned. 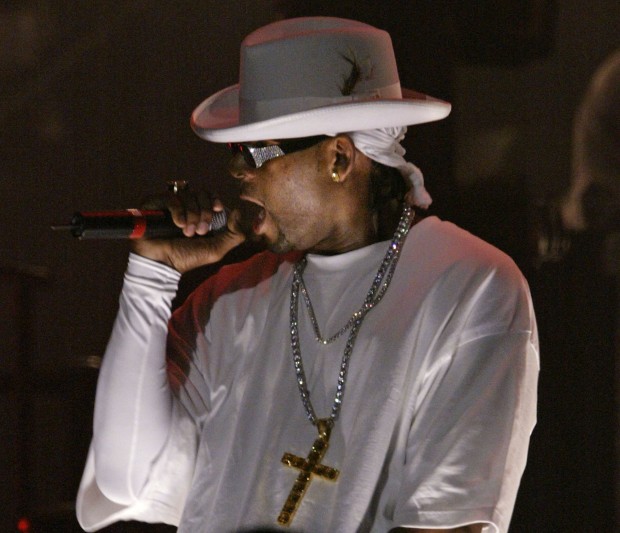 STOCKBRIDGE, Ga.  A Georgia man involved with a recent documentary detailing abuse allegations against R. Kelly told police the singer’s manager threatened him.
Timothy Savage told an officer on Jan. 3 that Don Russell had texted him saying it would be best for him and his family if the documentary didn’t air, according to a Henry County police report.
Savage said he and his wife were involved with Lifetime’s “Surviving R. Kelly” series. The series, which aired earlier this month, looks at the singer’s history and allegations that he has sexually abused women and girls. Kelly, who turned 52 on Tuesday, has denied wrongdoing.
Russell called Savage while the officer was there and Savage put the phone on speaker so the officer could listen, the police report says. It went on to say that Russell accused Savage of lying to Lifetime and said that if Savage continued to support the series, Russell and Kelly would be forced to release information that would show Savage was a liar and that would ruin him, his reputation, his business and his family.
Contact information for Russell could not be immediately found.
The report says the case is being forwarded to the criminal investigations division for review.
In Kelly’s hometown Chicago, Cook County State’s Attorney Kim Foxx addressed reporters Tuesday afternoon after her office had been inundated with calls about the allegations in the documentary, some tied to his Chicago-area home.
Foxx watched the series herself and said she found it “deeply, deeply disturbing.”
“I was sickened by the allegations. I was sickened as a survivor. I was sickened as a mother. I was sickened as a prosecutor,” she said.
But Foxx also said there’s no active investigation of Kelly and launching one would require victims and witnesses.
Gerald Griggs, an Atlanta-based attorney who represents Savage and his wife, said he has been contacted by both the Fulton County district attorney’s office in Atlanta and prosecutors in Chicago. The Fulton County investigators “haven’t confirmed or denied an investigation,” he said, but they asked him Monday for contact information for witnesses.
Savage and his wife have said repeatedly that Kelly has kept their daughter from contacting them since 2016.
Chris Hopper, a spokesman, for the Fulton County district attorney’s office, declined to comment.
A Cook County jury acquitted Kelly of all 14 counts of child pornography in 2008. Prosecutors had argued a videotape showed him engaged in graphic sex acts with a girl as young as 13. Kelly and the alleged victim, in her 20s at the time of the trial, denied it was them in the video.
Kelly’s Chicago attorney, Steve Greenberg, said in a phone interview Tuesday evening that the allegations in the Lifetime documentary were false.
“Ten and a half years after he was found innocent (at trial of child pornography charges) and to fill reality TV time — someone comes up with another round of stories,” he said. “No one has found any sex slaves or underage girls because there aren’t any.”
Greenberg also said it was inappropriate for a state’s attorney to characterize allegations she’d seen on TV, prior to charges or even an investigation.
“Who makes their assessment of the evidence based on reality TV?” he said.
Kelly rose from poverty on Chicago’s South Side to become a star singer, songwriter and producer. Despite his legal troubles a decade ago, he still retains a following.
Kelly won a Grammy in 1997 for “I Believe I Can Fly,” and is known for such raunchy hits as “Bump N’ Grind” and “Ignition.”

Fired Meteorologist Says It Was A Slip Of The Tongue

(Rochester, NY) — A meteorologist who landed himself in hot water over a racial slur, claims it was simply a slip of the tongue. Rochester New York’s WHEC-TV fired Jeremy Kappell Monday, a few days after he says he stumbled over his words while describing a city park named after the late civil rights icon Martin Luther King Jr. during a live broadcast. Kappell apologized for anyone who may have been hurt but says it was just an accidental jumbling of words. His firing was called for by the city’s Mayor Lovely Warren. Kappell said he’s disappointed his employer didn’t support him at all and that it has all been a misunderstanding. He said that King was one of the greatest civic leaders of all time and he didn’t mean any offense to anyone.