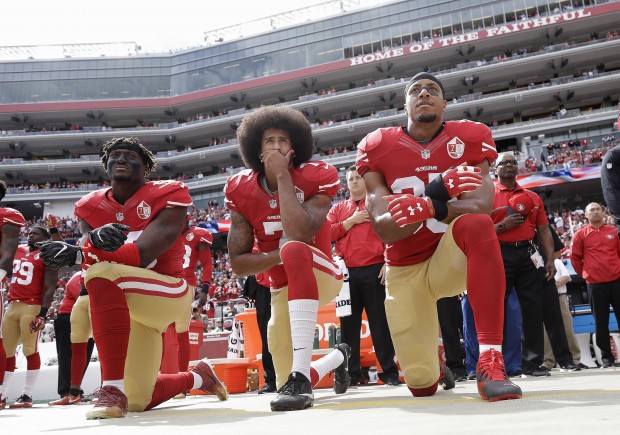 Four years later, the NFL admitted it was wrong and said it now supports Colin Kaepernick in his fight against racial injustice, encouraging players to take a stand or a knee for the cause. The league’s 101st season kicks off Thursday night when the Super Bowl champion Kansas City Chiefs host the Houston Texans. NFL end zones will be inscribed this season with two slogans: “It Takes All Of Us” on one side, “End Racism” on the other.  As part of its social justice awareness initiatives, the NFL also will allow similar visuals on helmets and caps. 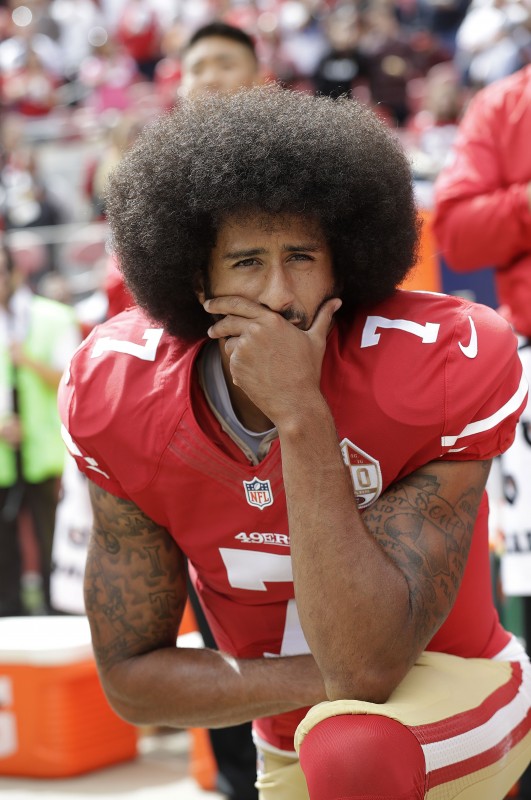